The Bitcoin Gold developers chose to differentiate from Bitcoin (BTC) by changing the Proof of Work algorithm to make specialized mining equipment obsolete.

The reason for this was to create a version of Bitcoin that was more accessible to the average person and not manipulated by large mining cartels.

Bitcoin Gold was extremely well received at launch for this reason, but a combination of some early setbacks and bearish market sentiment ravaged the price of BTG to date. The recent BTG halving led to some bullish price action that has many wondering if Bitcoin Gold can recover to its former valuations.

Where to Buy Bitcoin Gold?

One of the more established cryptocurrencies, Bitcoin Gold (BTG) is available for purchase at more than 80 cryptocurrency exchanges around the world. If you are happy to merely gain exposure to the price of Bitcoin Gold without the hassle of managing and storing coins, regulated brokers are a popular solution to buy Bitcoin Gold from.

A Brief History on the Price of Bitcoin Gold

To get a better understanding of the price outlook for BTG we first have to look at the price history and analyze how key news events have affected the BTG token price. We will also investigate the fundamentals of Bitcoin Gold in an attempt to make an informed prediction of BTG’s future value.

It hasn’t all been smooth sailing for Bitcoin Gold. The digital currency hard forked from the Bitcoin blockchain on October 24, 2017, in the middle of the then bull market.

For this reason, BTG hit its highest valuations right around launch but then a combination of a brutal bear market and some unfortunate events led to an eye-watering decline in Bitcoin Gold’s value since then.

Only a short time after launch, the Bitcoin Gold website came under a distributed denial-of-service DDoS attack.

In May 2018, BTG was hit by a 51% hashing attack, making it possible to manipulate the blockchain and double-spend on the blockchain.

Because of this 388,000 BTG, worth around $18 million at the time, were stolen from several cryptocurrency exchanges. One leading exchange, Bittrex delisted BTG as a result.

If you had purchased Bitcoin Gold after launch, you would currently be down 97.98% on your original investment.

Despite its currently poor valuation, BTG is a cryptocurrency with the economic fundamentals of Bitcoin and an algorithm, which makes the cryptocurrency more democratic and fairer to mine than its parent.

The recent spike in volume and price of BTG suggests Bitcoin Gold is undergoing a trend reversal with a long way to recapture its previous all-time high.

It’s worth noting that the Bitcoin Gold team has never spent money on marketing and never paid exchange listing fees, yet BTG is listed on almost 100 exchanges, numerous wallets, and on the first page of www.coinmarketcap.com.

Cryptocurrencies have been one of the top-performing asset classes this year. The coronavirus and civil unrest caused economic turmoil in certain jurisdictions. Bitcoin Gold has performed extremely well when compared with other currencies commodities since the start of the year.

Gold has been a safe haven asset for as long as anyone can remember. The yellow metal tends to outperform other commodities in times of political and economic turmoil. 2020 has certainly had its fair share and gold has done its job as a safe haven gaining over 15% since the start of the year.

Bitcoin Gold, on the other hand, outperformed physical gold by a substantial margin up almost 85% this year. BTG opened at $5.30 on January 1 and at the time of writing was approaching the $10 mark.

With economies grinding to a standstill due to the coronavirus, commodities linked to the economy, have typically fared poorly. None more so than WTI Crude, which experienced its worst price collapse in history, earlier this year.

At one point, the ‘black gold’ dipped into negative territory, hitting a low of -$40 a barrel. Investors in Bitcoin Gold will no doubt be happier about the price performance of their investment since the start of the year than those holding huge stockpiles of crude.

The original smart contract platform, Ethereum is in the early stages of its much-anticipated ETH 2.0 rollout. As a result, Ethereum has seen extremely bullish price activity since the start of the year. The native currency of the Ethereum blockchain, ETH has rallied over 65% this year and outperformed the majority of the cryptocurrency market.

Not Bitcoin Gold, however which posted a greater return on investment since the start of the year with an 85% rise in price year to date.

It's been a volatile year for silver. The precious metal sometimes takes a backseat to its golden neighbour as a safe haven in times of political turmoil. Silver started the year at around $18 an ounce before falling to $11.

After the market priced in the shock to the economy from Coronavirus disruption, silver began to recover. However, at the time of writing the precious metal was still slightly down for the year. In contrast, BTG achieved an 85% gain.

It's difficult to determine the future price of Bitcoin Gold with any certainty. Due to global economic turmoil, the market can become more volatile. That said cryptocurrencies are well-positioned to benefit because they are non-correlated assets and deflationary currencies. We look at several metrics like price history, market sentiment, and network health in attempting to determine the possible future price of Bitcoin Gold.

It's not all been smooth sailing for Bitcoin Gold, one of Bitcoin’s underperforming forks from a price standpoint. After a long decline in value since the peak of the bull market when it was born, Bitcoin Gold has started to buck the downward trend with cryptocurrencies gaining in value across the board.

Bitcoin Gold just moved into a bullish market structure trading up 9% for the week at the time of writing. Looking still heavily oversold, Bitcoin Gold could represent one of the best returns should the market turn skyward.

Bitcoin Gold had also recently experienced its halving at the time of writing, an event that has seen the price of Bitcoin (BTC) increase post-fork. The same could happen for Bitcoin Gold. The event effectively makes the BTG token more scarce, as, like Bitcoin, Bitcoin Gold is economically designed to be deflationary over time.

We believe the recent price action suggests a wider change in trend for the cryptocurrency market and a significant one for Bitcoin Gold. Development on the project continues unabated and BTG could double in price to $20 before the end of 2020.

With Bitcoin apparently gearing up for a protracted bull market there is a good chance that Bitcoin Gold will follow the leader. At the time of writing Bitcoin Gold was sitting at under $10 way off its all-time high of $539.

If Bitcoin Gold can make some serious strides forward in key adoption metrics, we wouldn't be surprised to see the digital currency trading at more than double its current market value by the end of 2020, based on the overall growth of the cryptocurrency market as a whole.

Beyond 2021 for Bitcoin Gold

Beyond 2021 is where it really gets interesting for Bitcoin Gold as cryptocurrencies are an asset class in its infancy. The entire market cap of cryptocurrencies is still less than a single multinational corporation.

As cryptocurrencies see widespread adoption, the overall market cap will likely be multi-trillion within five years and the price of BTG could be challenging all-time highs.

Due to the recent halving, the price of Bitcoin has been a little volatile, with some traders profiting from these price movements trading BTG on a brokerage platform.

When you trade through a broker there is no need to manage or store your coins, as you are only trading financial instruments, called CFDs. These are more flexible and less expensive to trade, making them better suited to actively trading volatility. Just make sure you choose a broker regulated by a global authority.

Over the next 10 years, we predict that cryptocurrencies will become a regular part of global commerce and Bitcoin Gold is one of the most established cryptocurrencies and well-positioned to capture some of that value. 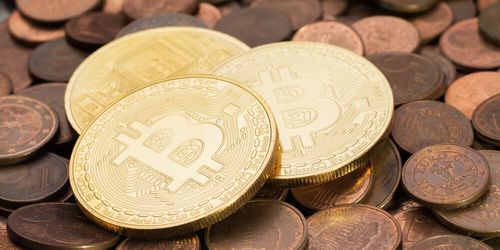