Dash is one of the many open-source cryptocurrencies available, and an altcoin that was forked from the Bitcoin protocol. It is decentralised in nature, and effectively managed by its community, which are referred to as masternodes.

Dash was launched in 2014, and has been commended among the cryptocurrency community for having transactions that are particularly untraceable. It was associated with the deep web in its early days, being branded as Darkcoin for quite some time.

But in recent years, Dash has become more credible and mainstream, with its market capitalisation lifting it into the top dozen or so cryptocurrencies on the planet. It is proving particularly popular in Venezuela, as the Latin American country has faced economic hardship.

Where to Buy Dash?

As Dash has become increasingly successful and its availability online has become widespread. This means that there are a large number of digital brokerages and exchanges to purchase Dash from, providing users with plenty of choice. However, it is important to choose an appropriate brokerage or exchange diligently, as reputable companies can be hard to find. Customer service, safety, and security should be considered particularly important. Dash users most certainly should ensure that their tokens are protected at all times.

A Brief History on the Price of Dash

Dash has enjoyed a rich and vibrant price history, and it is interesting to examine the way that the cryptocurrency has developed.

One issue has loomed large in recent months for Dash, and it is one that has dominated the entire financial landscape. The coronavirus pandemic has inevitably impacted massively on financial markets, and it has actually created a favourable climate for many cryptocurrencies.

Indeed, Dash has been one of the many cryptocurrencies that have suddenly increased exponentially in value over the last couple of months. The escalation of the Dash price has seen it grow by 70% in a matter of weeks. This would seem to be bullish for the coin going forwards.

Efforts have also been made by the Dash management group to collaborate with other companies in recent weeks. A new project will see Dash partnered with AnkerPay, making the altcoin available across South Africa and in other territories at ATMs. Clearly, this is a move intended to ensure that Dash is anchored in the everyday financial system, and would seem to help with the adoption of Dash and other cryptocurrencies.

The development team at Dash has also recently celebrated a partnership with the eSports industry. Sydney Ifergan, the crypto expert tweeted: “With Dash gaining adoption at eSports, the convenience which gamers looking for in making crypto payments in the gaming industry is very clear. Dash Proved Right over Again.”

It is excellent news that Dash is making such credible moves during the coronavirus pandemic. But it should also be emphasised that the Covid-19 crisis will continue to define the price discovery of Dash for the foreseeable future.

Although Dash has been founded as a digital payment system, its escalation in value has meant that it has attracted a large amount of investment money as well. This has inevitably led to the cryptocurrency being compared with other commodities and asset classes, particularly as Dash has become so valuable and notorious.

So in this section, we will compare Dash to a range of other traditional investments, in the fields of cryptocurrency, fiat currency, and commodities.

Compare Dash With the US Dollar

Traditionally, the US dollar has been considered an excellent store of value, and therefore it is not particularly surprising that it has performed better than other currencies during the coronavirus crisis. The fact that the dollar is the world reserve currency confers an advantage on the US unit of exchange that inevitably means that it outperforms other fiat currencies.

However, although the dollar has retained its value throughout the Covid-19 pandemic, it has been significantly outperformed by Dash and other cryptocurrencies. With Dash escalating in value by 70% over the last few months, it has clearly outperformed the dollar by a considerable distance.

Another natural comparison for Dash is gold, with the precious yellow metal being considered another safe-haven asset during times of crisis. We have therefore witnessed large flows of money into gold over the last few months, and this has resulted in its value escalating by around 20%.

However, this doesn't match the 70% increase of Dash, or indeed the increases in value recorded by many other cryptocurrencies. Gold may still be considered a safe-haven asset, but it hasn't been the first choice of investors during the coronavirus pandemic.

Crude oil has traditionally been one of the most bankable assets in the world, but this has been far from the truth during 2020. The degeneration in the price of oil has been nothing short of spectacular, with a barrel of crude actually accruing a negative value at some point during the calendar year. This would have seemed unthinkable a few years ago, and the current scenario definitely represents a crisis for the oil market.

With the prolific oil-producing nations of Saudi Arabia and Russia being at loggerheads, it has been a disastrous year for the trading price of crude oil. Considering that the coronavirus pandemic will also massively reduce the demand for oil during 2020, it is clear that the trading environment for crude has been absolutely disastrous.

In this climate, it is not surprising that Dash and oil have headed in completely opposite directions.

Bitcoin remains the market leader, and the powerhouse of all cryptocurrencies did manage to outperform Dash in recent months. While Dash has increased in value by 70% during the coronavirus pandemic, Bitcoin outranked its smaller pretender, nearly doubling in value. It will be interesting to see if this pattern continues as the Covid-19 crisis continues to unfold, and whether the bull market will indeed continue.

As Dash has increased both in popularity and public profile, speculation has also escalated. What direction will Dash take in the future? It is intriguing to consider this question, and invaluable to seek predictions on what is becoming one of the most important cryptocurrencies.

There is no doubt that the coronavirus pandemic has been the defining issue of 2020. This unprecedented crisis has cast a shadow over the entire investment community, resulting in many assets and commodities diminishing in value.

However, this hasn’t been the case for cryptocurrencies in general, or Dash in particular. Dash has increased in price by 70% during the last couple of months, and the climate for the cryptocurrency would still seem to be bullish as the coronavirus climate shows no signs of ceasing. This will obviously be the defining issue of our times, and it seems likely that investors will continue to seek alternative and locations for money for quite some time.

Covid-19 will remain an important factor throughout 2021, as the pandemic will be far from over. Even if some solution has been found to deal with the virus itself, the economic impact of the worldwide lockdown will likely be felt for several years, and possibly even for a generation.

Dash is very much part of this process, and the outlook for the cryptocurrency could be bullish in the current climate. But as the crisis associated with the virus begins to dissipate slightly, it is clear that other factors will begin to become important as well.

One of the most important issues for Dash going forward will be the public perception of the cryptocurrency, in a time when other similar tokens are delivering outstanding innovations. Dash has been praised for its anonymity and speed, but there are quicker cryptos available now, while the ethos of Dash is not necessarily in line with the modern perception of the cryptocurrency sphere.

Even in the short-term, the development team at Dash will need to decide what direction they take the crypto project going forward.

Covid-19 will still be important even as we go beyond 2021. No-one knows whether this virus will have disappeared by this time, and even if it has been eradicated, the economic impact of this crisis will still be felt. This could lead to a climate that is bullish for Dash, but it should also be said in mitigation that equities and bonds will probably be making something of a comeback by 2022.

Aside from this, many factors could drive the growth of Dash in the years to come. Supply and demand are always of critical importance, and it seems a wise decision by the developers of the cryptocurrency to cap supply at just 18 million and could result in price appreciation for the coin.

It will also be important for Dash to emphasise its advantages over similar altcoins. Dash offers faster and cheaper transactions than the market-leading Bitcoin, which is obviously in its favour. But its ability to communicate this to the wider society will be critical in its adoption.

And the voting system associated with Dash is a fantastic innovation, backed by an active and enthusiastic community of users. This is something that everyone associated with the Dash project must promote coherently to the market.

If Dash can achieve some of these things, and iron out its sometimes negative image, it could achieve widespread adoption, and enjoy a bullish period in its history.

In conclusion, the future of Dash will be predicated on the ability of its development team to manage a transition in its image. Dash has many great qualities and some unique features, and if these can be promoted effectively then the future seems bright for what is already a successful token. 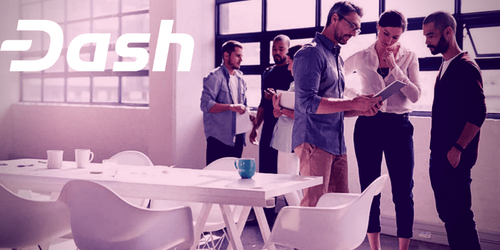 Venezuela and New Hampshire in the U.S. are too vastly different economic areas. Yet... 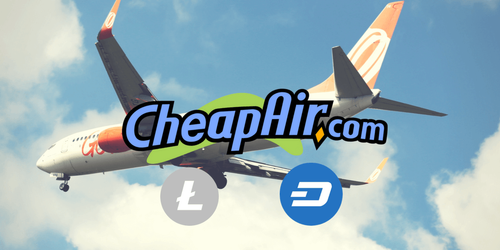 The world’s first travel agency to accept bitcoin has announced that it is accepting... 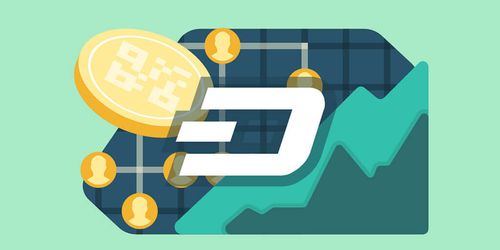 The Dash Core Group, the US-incorporated company leading the development of the peer-to-peer payment...