Eric believes 2018 is a crucial year for Dapps, where there could be an exponential increase in Dapp number and variety. Being one of the best public blockchains, Achain will try its best to follow this trend. Besides “fork theory”, Achain will provide a portfolio of services for Dapp developers to better suit different blockchain application scenarios. Achain, as a decentralized public blockchain platform, has always had the vision of creating a blockchain network where information flows freely and each member of the network can exchange values without effort – a blockchain world where no obstacles of communication can be found. To ensure this vision come to fruition, Achain team put forward the concept of “a platform of sharing and freedom” and carved out the so-called “smart contract network – forking network – interconnected network” roadmap. The team also dived deep into innovative forking, Blockchain as a Service, Security Isolation and Event Reaction. During the speech, Eric introduced Achain’s seven technical advantages to developers: 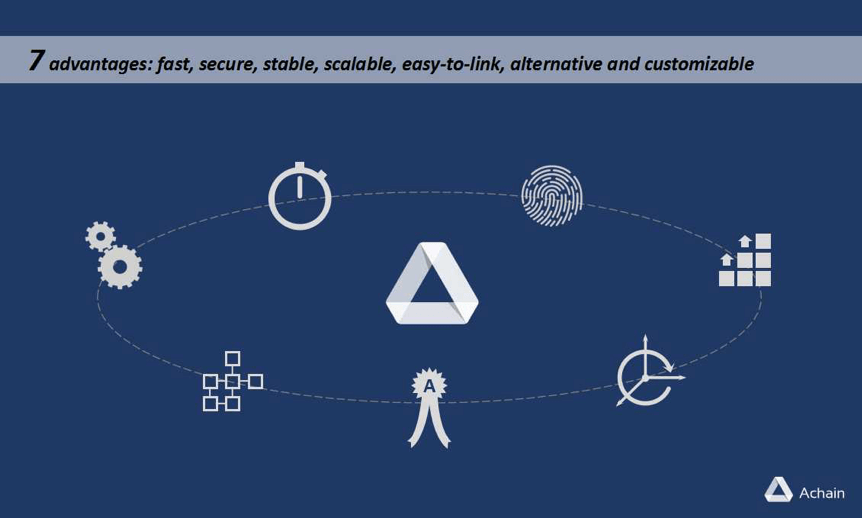 Achain has a faster block generation speed (10s). For normal transaction, its transaction speed can reach as high as 1000tps, which is faster than most blockchains.

Achain has a Sandbox mechanism which can simulate the blockchain’s environment. Smart contracts can be tested in the sandbox before launching onto the actual blockchain. Thus, eliminating potential risky behaviors of faulty smart contracts.

Achain team designed RDPOS consensus based on the original DPOS to bring a more stable blockchain experience to Achain users.

As of now, Achain is listed on thirteen exchanges including Huobi, OKex, KuCoin, Coinegg and HitBTC. This means issuing smart contracts on Achain will makes it easier to trade. And Achain’s transaction fee is as low as 0.01 ACT.

To better serve Dapp developers on Achain, Achain offers customizable services to each of them so that they can bring the best Dapps to the customers. Achain’s services include but not limited to app, smart contracts, data, network.

Compared with Ethereum, Achain has two unique features. One, Achain support developers with customizable services and help those who have little blockchain background to build Dapps. Ethereum treats each developer with the same, nondiscriminatory process. Two, Achain forking can create a network of blockchains. Each blockchain contains its own micro-ecosystem and ledger system whereas Ethereum is and will remain a single network. 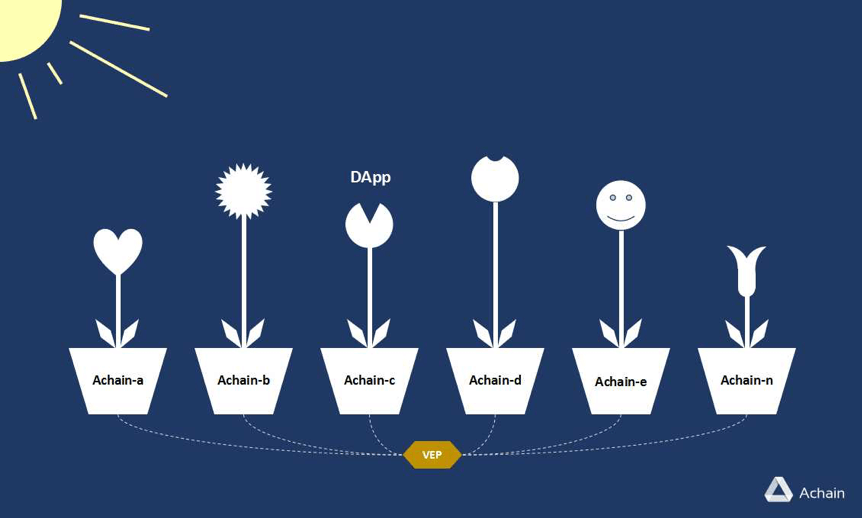 “Achain’s roadmap has clearly laid out a direct path to building a complete ecosystem. By using our ‘fork theory’ and ‘value exchange protocol’, we will create a world where cross-chain information exchange is a reality .” Eric Wang said.

2018 will be a great year for Blockchain industry, as more and more Dapps being created, more value will be created. Achain as a public blockchain will bring more value to developers and users alike, and achieve the goal of being a “planter of Dapps”