LA-based startup Coinmine has announced the launch of Coinmine One, a sleek, plug-in device that aims to simplify the complex cryptocurrency mining process. Similar in size and look to an Xbox, the Coinmine One is meant to allow anyone to mine cryptocurrencies easily. It began selling Wednesday for US$799.

“Crypto is not just about buying and selling magical internet coins,” said Farb Nivi, co-founder and CEO of Coinmine. “It’s about people combining computation to decentralize the world’s money and information from the hands of a few and into the hands of the many. We made this easy enough for anyone to do.”

Coinmine One aims to be a more convenient, user-friendly alternative to the typical crypto hardware and software used to mine cryptocurrencies. It replaces the several do-it-yourself hardware and wallet solutions, which are hard and time-consuming to set up and update, with a single plug-in device and mobile wallet powered by a proprietary operating system.

Users just plug in Coinmine One, which the company claims uses less energy than a PlayStation, tap on the mobile app and select which coin to power. From there, the mobile app controls and keeps track of the miner’s activity. Users can see how much crypto they have earned, change to another crypto or add additional Coinmine devices to their account from the dashboard.

Coinmine’s operating system, MineOS, makes it possible to run different types of networks on one device. Currently, it supports Ethereum, Ethereum Classic, Monero and Zcash mining. More cryptocurrencies will be added in the future, including Bitcoin Lightning, Grin, Dfinity and Filecoin, the startup said.

“There are a lot of parallels I draw from Coinmine and Tinder,” Norgard told TechCrunch. “Online dating was very complicated six years ago. It was an arduous process and so is mining. You have to be pretty sophisticated, but this takes it down to the studs. A normal consumer with no technical knowledge can get into the crypto game.”

Norgard said in a separate statement:

“When Farb initially came to me with the basis for Coinmine, I knew it was a radically novel solution to a messy problem – it was as they say, a perfect match. The limiting factor to scale in crypto continues to be complexity for the end user. Farb and the entire Coinmine team are one of the first companies attacking this problem head-on through a blend of hardware and software.” 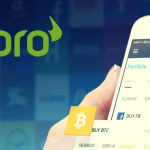 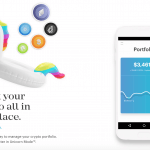