Cryptocurrency startup Giza Device has gone dark after raising US$2 million in cryptocurrencies in a fake initial coin offering (ICO). The funds were supposed to be used to fund the development of a “super secure storage device” for cryptocurrencies.

The individual or group of individuals used a fake LinkedIn profile and copied pictures from another user’s Instagram profile to create a false persona. The scammers managed to dupe more than 1,000 investors. The ICO kicked off in January and by February had raised 2,100 ether, which, at the time, was worth about US$2.4 million.

One investor told CNBC that they invested ether that was equivalent to US$10,000 at the time, and another said they put in around US$5,000 worth of ether.

Investors that fell for the scam told the media outlet that the project seemed legitimate at first until warning signs began to appear. This included a falling out with the company’s sole supplier, a lack of communication from its supposed founders, and failed attempts to recoup the lost funds. Since then, the Giza official website has vanished and its Twitter account @GizaDevice has been inactive since late-January.

“Everything was fine, until that company that was meant to develop their device came out on the Internet and said that Giza has cut ties, and it seems to be a scam and they might not be developing anything. Then things started looking fishy,” an investor named Chris, who wished to keep his surname anonymous, told CNBC.

Giza Device signed a contract with Russian firm Third Pin LLC in December 2017 to manufacture the cryptocurrency hardware wallets. Third Pin CEO Ivan Ioan Larionov wrote in a post on BitcoinTalk that his company cut ties with Giza in late-January 2018 after the startup failed to pay its invoices.

“[On January 26], we had to start development, but our contract had not been paid yet,” Larionov wrote on January 30. “With a heavy heart, I am forced to tell that we are [freezing] all the activities related to the ‘Giza device’ project.”

Money from Giza’s wallet was allegedly drained over the course of two weeks and sent onto other wallets. Former employees suspect Giza started off legitimate before turning into a scam. Aleksander Rajic, who was listed as a software developer on Giza’s site, said his mysterious boss stopped contact in January.

“When they stopped responding to my Skype and LinkedIn messages, I suspected it is a scam,” Rajic said.

The news comes just a few weeks after LoopX, a startup that promised “the most advanced trading-algorithm in the cryptocurrency market,” suddenly vanished with several millions of investors’ money. The project had raised 276.21 BTC and 2,446.70 ETH throughout a series of token sales, amounting to approximately US$4.5 million, but according to many, investors actually pledged more than US$10 million worth of cryptocurrencies. 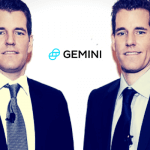 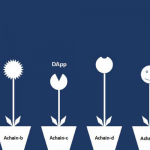