Less than three days after CoinJournal reported that a digital cat on CryptoKitties was sold for $117,712, CryptoKitties has become the largest decentralized application on the Ethereum protocol, accounting for more than 13 percent of the network’s transactions.

The popularity of CryptoKitties has peaked to the point that initial coin offerings (ICOs) can no longer launch on the Ethereum protocol due to network congestion caused by the sale and trading of digital kittens on CryptoKitties.

ICOs account for a significant portion of the Ethereum network’s daily transaction volume. In June, the Ethereum network could not handle Bancor’s ICO, which raised $153 million in less than three hours. Within a three-hour span, $153 million worth of Ether was transacted. The abrupt increase in the number of Ether transactions clogged the network and disabled other applications from running.

At the time, users of MyEtherWallet, the most widely utilized Ether wallet, experienced hours-long delays, as thousands of transactions were stuck due to the Bancor ICO. One of the major issues of large-scale ICOs is the early investor reward. Investors attempt to cut in line with excessively high fees, congesting the Ethereum network and disallowing other transactions to be processed.

On May 31st, Ethereum co-founder Vitalik Buterin revealed that an investor in the BAT ICO attached a $2,220 transaction fee, to have the transaction confirmed first, ahead of others. 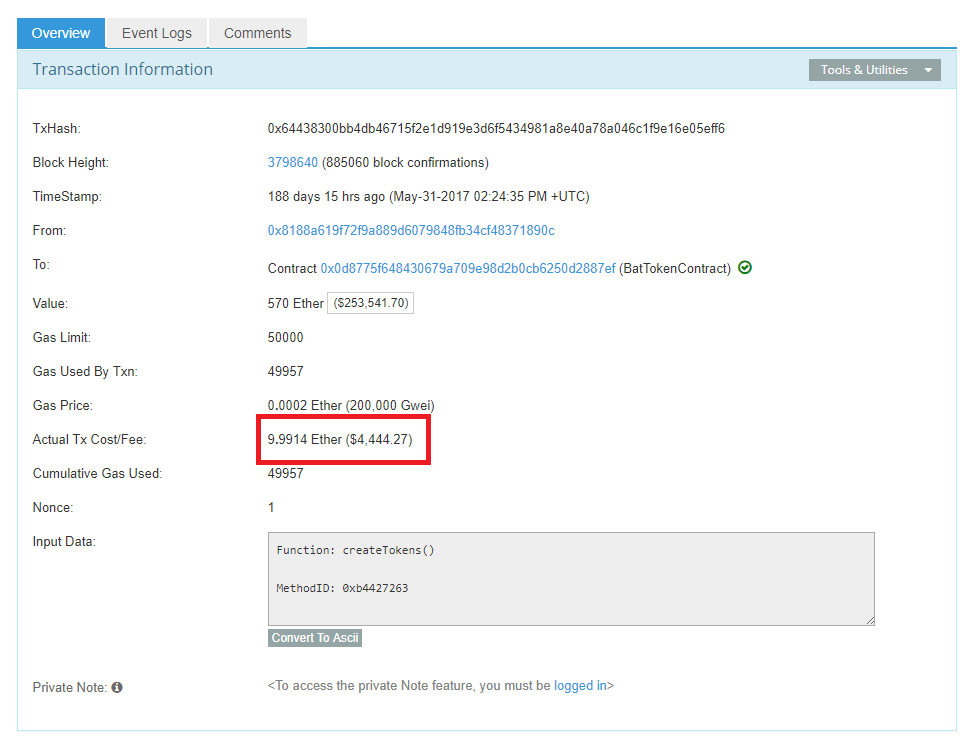 “This is a $2220 transaction fee, used to cut in line in BAT ICO. ‘Ethereum average transaction fee $1’ statistics include stuff like this. No moral connotations intended with ‘cut in line’; it just so happens that capped sales degrade into highly wasteful all-pay auctions,” said Buterin.

Because of the rapidly increasing popularity of CryptoKitties, several ICOs have delayed their launch dates. SophiaTX for instance, delayed its ICO by 2 days.

“The team here at SophiaTX is working around the clock to ensure a successful TGE launch, however, merely hours before the start time, the entire Ethereum network slowed down and brought issues due to success of a gaming application running on their platform called CryptoKitties,” Jaroslav Kacina, CEO of SophiaTX, said.

Earlier today, Balaji Srinivasan, the CEO at Earn.com and board partner at A16Z, a major early-stage technology-focused venture capital firm, explained that CryptoKitties holds more value and purpose than a simple decentralized Neopets style game because it is the first case of frictionless international trading of digital assets.

“Why is CryptoKitties actually important? It’s one of the first examples of what people have been talking about for years: frictionless international trading of digital assets (not just cash!) on a blockchain,” noted Srinivasan.