Home › Latest News › ERC-721 and The Rise of Crypto Collectibles

Though Cryptocurrency has served as a means of fundraising before the ERC-20 standard was created, it has been one of the major catalysts for the huge growth in ICOS which led to over $5 billion being raised in 2017.

This can be compared to the collectibles niche, which according to Forbes has a market cap of $370 billion. Collectibles have always been an interesting industry from a generic viewpoint. Factoring blockchain technology and its immutability into this industry represents masses of untapped opportunity.

What started out as a hackathon project has paved the way for an entire niche industry to emerge. Rarebits is a secondary market where people can trade their non-fungible assets without any fee. Dubbed as the “eBay for digital assets”, since launching in February they have already raised $6 million in series A investment from influencers in the tech industry such as Justin Kan, founder of twitch. Other investors include Spark Capital, First Round Capital among others.

Within a month of launching, Rarebits announced that they had processed over $100k in transactions. While this sounds like a small number when considering Ethereum’s daily transaction volume, in time this could potentially give rise to a massive marketplace for digital assets including digital game assets, art, and collectibles, but the opportunities are limitless and in the future, everything from software licenses and event tickets to real-world assets could be represented in the form of non fungible tokens.

Cryptokitties is a hugely popular, blockchain based digital collectible game where users trades and breeds kitties which possess unique characteristics. Each kitty is unique, with its own set of attributes, which indirectly make them rare and to a certain extent, desirable. At the time of writing, more than 350,000 kitties have been sold for roughly $23.8 million dollars, with some users spending in excess of $100k+ to buy kitties. Following the huge success of the game, Cryptokitties recently spun out of parent company, Axiom Zen and raised $12 million in series A funding from Andreessen Horowitz and Union Square Ventures.

It is the success of Cryptokitties which has served as a catalyst for the increase in the popularity of digital assets and as a result, this has resulted in dozens of similar DApps launching on a weekly basis, some of which expand on the ideas of cryptokitties, offering more functionality to their users. Etheremon, is a Pokemon style game where users collect and interact with limited Ether Monsters issued on the Ethereum network.

Digital assets are so much more than cute kittens and monsters however and some developers are taking steps to solve real-world problems with the technology, for example, Manchester-based Knownorigin.io offer a marketplace for collectible digital artwork, as well as featuring digital assets from 18 artists, they are also showcasing how the digitization of art on a blockchain can serve as immutable proof of ownership and scarcity, solving issues with art ownership and counterfeiting. 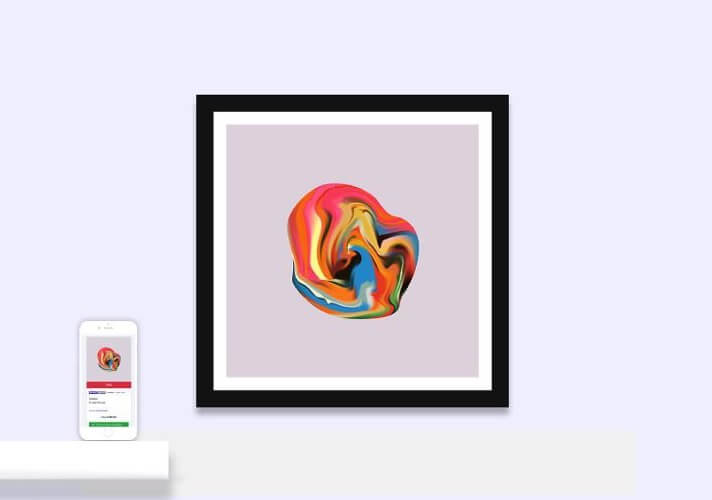 Speaking to Andy Gray, one of the project’s co-founders, he commented on Known Origin’s vision and gave an update on the project.

“At KnownOrigin.io we are fascinated by the irrevocable nature of the blockchain and how we can open up a new marketplace for digital assets. We get funny looks occasionally when we describe our vision but we are in no doubt that this is the future. We have minted and sold nearly a 100 digital artworks all around the world to a new breed of collectors who understand the value of true ownership and provenance.”

In its essence, the Ethereum blockchain is a ledger that maintains records of tokens. What’s important about these tokens are the fact that they are fungible. Consider Bob and Mary, both of whom have 1 ETH. These units of Ethereum are interchangeable, just like 1 ounce of gold is just the same as any other ounce of gold or any other commodity.

While the ERC-20 token works well, the interchangeable nature of these tokens is a drawback when the value of an asset stems from its unique and identifying characteristics. This drawback has led to the creation of a new token standard, ERC-721, which aims to facilitate management, ownership, and trading of a non-fungible token.

Put in short, a non-fungible cryptoasset is analogous to representing a collectible good on the blockchain.

What we are witnessing might as well be the super early stage of a broader switch towards representing real-world non-fungible assets on the blockchain. As the EIP-721 progressed, developers and advocates all over the world debated the projected uses and design choices of the ERC-721 standard, and finally arrived at an officially tracked version of the standard.

The ERC721 standard intends to serve as a standard API for non-fungible tokens within a smart contract.

The standard has the following functions and events in the smart contract which enable usage, ownership, and transfer of non fungible tokens (NFT’s)

According to the specification, each NFT is identified by a unique 256-bit positive integer. The pair of (address, uint256) where uint256 is an unsigned integer is a unique identifier of a nonfungible asset on the blockchain. This integer is equivalent to a unique identifier that never changes and is bound to that specific asset.

name – Name of the token/asset

symbol – Symbol of the token/asset

balanceOf – the balance of a given address

totalSupply – total supply of the asset/token

Apart from this, there are the standard transfer and ownership functions that are critical to the functioning of an NFT contract which we will not be covering in this article. For an in-depth insight into the specification, head over to read the details of EIP-721 on GitHub.

ERC998 is a proposal which aims to introduce a standard for Crypto Composables. It aims to act as a standard extension for any NFT to own other non-fungible ERC-721 tokens and/or fungible ERC-20 tokens. Transferring a single ERC998 token would mean that all the ERC-721 and/or ERC-20 tokens lying underneath would also change ownership. The author explains that having such a standard proposal would allow for a wide range of applications within ERC-721 tokens. For example, a cryptokitty could be a composable NFT token which includes unique accessories such as a pet bowl, clothing etc. And the bowl could hold fungible food tokens. Having a standard such as this would allow for seamless transfer of cryptoassets which include other cryptoassets embedded within themselves. This would not only increase the potential of cryptoassets on the blockchain and widen the possibilities of DApps such as Cryptokitties but also bring blockchain technology closer to mainstream adoption when it comes to real-world assets.

Overall, the ecosystem is highly underdeveloped when it comes to nonfungible assets, and we should see lots of activity in the space going forward. Representing nonfungible assets on the blockchain is a huge milestone, and the number of platforms and tools facilitating easier usage of NFT’s are still unfolding, which implies the fact that we are scratching the surface of something big and venturing deeper into interesting spaces.

Where to buy VeChain: VET explodes, rallies 30% this week