Ethereum’s price soared to a new all-time high of $4,416 on Thursday Friday morning, reaching the landmark price level amid increased optimism around the smart contracts platform.

The ether (ETH) token jumped to the new peak after buyers broke above a crucial hurdle bears have relied on since the dip from local highs of $4,380 in May.

As ETH rode positive sentiment to break above $4.4k, the cryptocurrency’s market cap shot above $500 billion. It helped establish Ethereum’s position as the second largest crypto by market valuation behind Bitcoin (BTC).

The march to a new ATH for Ethereum comes after the network’s Altair upgrade successfully implemented ahead of full transition to proof-of-stake via Ethereum 2.0.

On-chain data analysis platform Santiment has noted that Ethereum’s surge followed a bullish divergence in the daily token circulation output. On Tuesday, the figure reached 1.74 million ETH, and resulted in the demand reload scenario that has seen prices break key supply walls around $4,300 and $4,380. 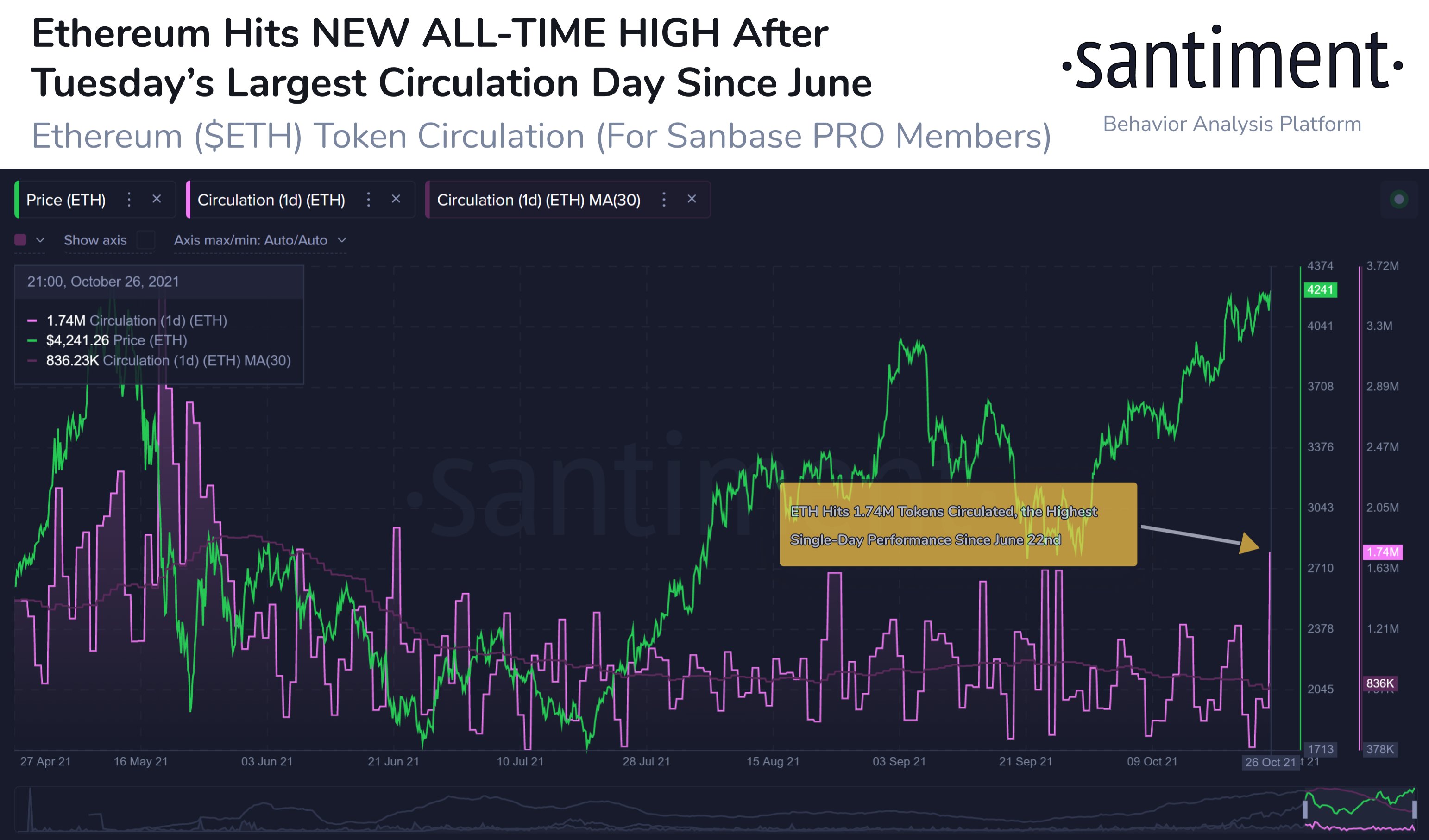 Looking at the daily chart, we see ETH/USD is looking to turn $4,000 into a new support line. A daily close above this level will encourage fresh bids. As the chart shows, the 20 EMA and 50 SMA are aiding a bullish outlook, which is likely to strengthen if the RSI flips north towards the overbought territory.

According to Pepperstone researcher Chris Weston, Ethereum has the momentum and “looks bloody strong” in the wake of the London and Altair network upgrades. Weston told Reuters that given the upside momentum, its possible ETH will “blast” higher during later sessions on Friday.