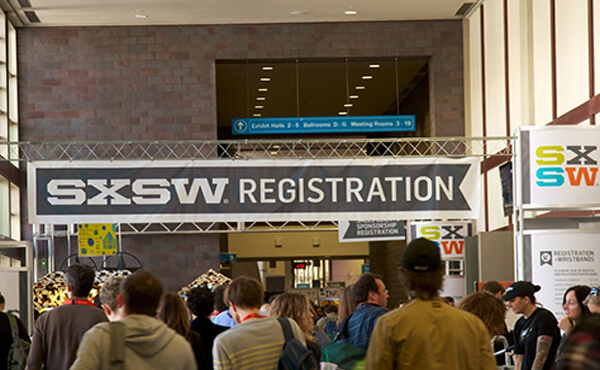 Since its 1987 beginning, the Austin, Texas music festival, SXSW, has become world renowned for featuring the newest and coolest bands. The conference has since expanded into film and technology, in addition to the music festival. The 9 day event now features a plethora of movies, startups and bands.

Last year Bitcoin played a noticeable role in the conference, despite not given a single official session. Rapper Nas and venture capitalist Ben Horowitz, talked about the potential of the currency towards the end of their joint talk. Co-founder of Coinbase, Fred Ehrsam, was invited to be the main speaker for a SXSW session and ended up drawing a large crowd. A bitcoin focused venture capital firm, BitAngles, threw a party which exposed bitcoin to mainstream venture capitalists.

Unlike 2014, SXSW 2015 will feature numerous official sessions and speeches about bitcoin. The talks will range from an array of topics around the bitcoin and the larger crypto-currency ecosystem. One panel titled Bitcoin in Developing Economies, will feature bitcoin experts such as BitGive Founder Connie Gallippi and discuss how bitcoin can make an impact in the world’s undeveloped economies. Other bitcoin speakers include Second Market's Barry Silbert, Circle CEO Jeremy Allaire and Wall Street Journal’s Paul Vigna.

So far the total amount of confirmed bitcoin related talks for SXSW 2015 is 4.

Bitcoin startups will also be getting a share of the SXSW spotlight. Paris based hardware wallet, Ledger Wallet, is one of the finalists for the Innovative World Technologies section of the SXSW Accelerator showcase. Out of 500 startups, the startup focused on solving bitcoin’s secure storage problem made final cut, alongside 50 other startups. Ledger will showcase their company and product during the showcase on March 14 and 15 at the Hilton in downtown Austin.

The Singaporean government has chosen bitcoin exchange and startup CoinPip, to be one of the country’s companies to represent the nation’s growing tech startup scene. CoinPip will pitch their company and product during Infocomm Investments startup showcase at SXSW. Infocomm is the investment arm of Infocomm Development Authority of Singapore (IDA).

The Southeast Asian bitcoin exchange will use their time on stage show off their exchange platform, which they have been developing over the last year and why they see Singapore as one of the friendliest jurisdictions for business of all kinds, including bitcoin businesses.

Every year the conference which now spans multiple industries draws over 70,000 attendees from all over the world. Though originally known for its music festival the conference has become equally known for its Film and Interactive events as well. Their Interactive section, which features entertainment and technology events, has become known over the years for being a prime place to discover new emerging technologies.

SXSW will take place in Austin, Texas from March 13 to the 22 at the Austin Convention Center.

Oliver Carding is a marketing consultant from Manchester, UK and founder of Coinjournal. He discovered Bitcoin in summer 2013 and founded CoinJournal in 2016. Oliver has worked with many large cryptocurrency companies on developing and implementing digital marketing strategies. In 2018, Oliver founded CryptoKaiju and produced the world's first collectible toys backed by ERC-721 tokens.