With the announcement of Libra whitepaper by Facebook and the focus of blockchain technology by corporate giants, there arises a new urge for the attention of the blockchain recruitment market in the U.S. Developers in traditional industry and talent of marketing and operations are looking for opportunities in the blockchain industry. To make up this demand, Spark Blockchain partnered with Microsoft NERD Center, and successfully hosted the 2019 Boston Blockchain Career Fair on August 20, 2019.

More than 10 blockchain companies filled the conference hall in Microsoft NERD Center, including Globally renowned blockchain companies and funds, just to name a few: Chainlink, ConsenSys, Tezos, Cambridge Blockchain, Sia, BitShares, Assetblock, elphi, U.S. Blockchain, Spark Blockchain, Block Kingdom, etc.. They brought 100+ job opportunities to the event, covering technology development, business development, branding, community operations, and many other positions. The event was drawn close attention by the local community in Boston and blockchain enthusiasts in New England Area, and more than 300 job seekers and developers who are interested in the blockchain industry convened at the event.

As the most important foundations of Tezos in North America, Tezos Common attracted hundreds of job seekers who have an interest in building the decentralized community. The ability to identify the strategy of building communities is one of the important criteria for their measurement of candidates. As a veteran blockchain project, BitShares’s booth was crowded with developers. People are curious with the strategy to develop a high-performance technical architecture based on BitShares-derived graphene blockchain technology. Spark Blockchain, one of the organizers, attracted job seekers and representatives of attended companies who are interested in the communication between the blockchain community in the USA and that in China.

They hope to have the opportunity to participate in promoting the development of the blockchain industry in China and even Asia. Elphi shows the combination of blockchain technology and financial field, streamlining the mortgage lifecycle from origination to securitization. As a leading blockchain company in Boston, Cambridge Blockchain combines blockchain technology with digital identity to resolve the competing challenges of transparency and privacy, which attracted the attention of technical developers with financial backgrounds. 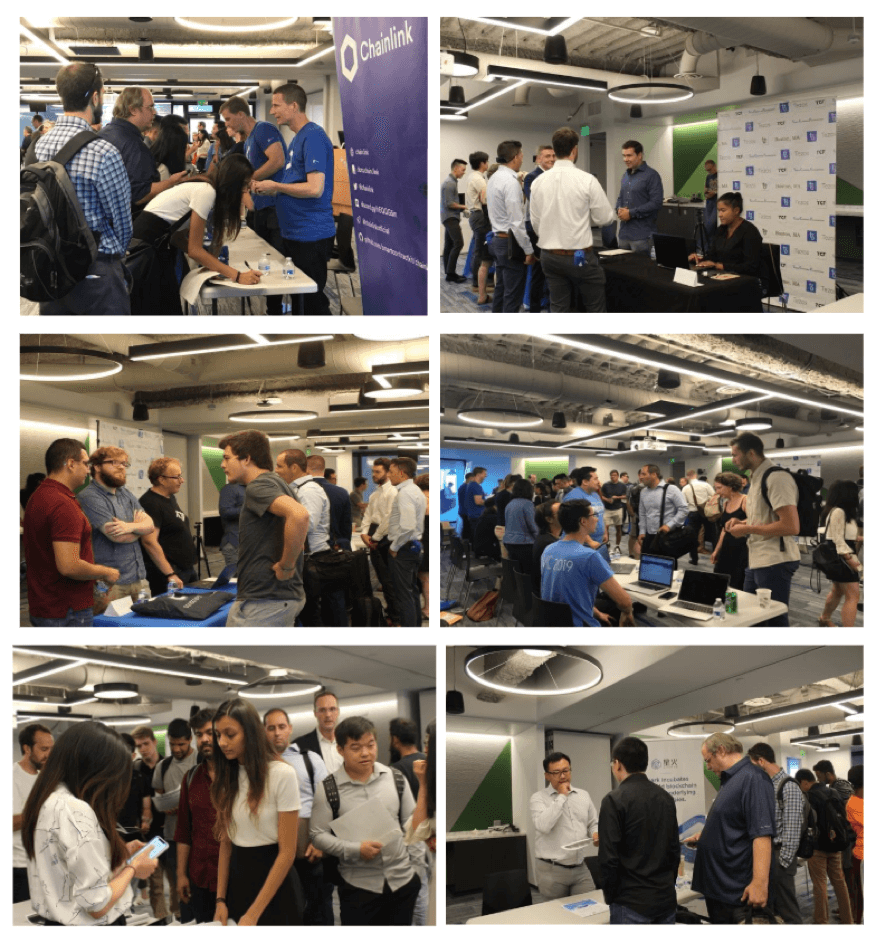 During the panel session, the topic of Insights about blockchain Communities was delivered by four industrial leaders, i.e. Joe Zhou, CEO of FirstBlood; Kenneth Garofalo, Boston Chapter President of Tezos Common; James Moreau, Senior Support Engineer of ConsenSys and Charles Li, Managing Director of Spark Blockchain. Moreau pointed out that each blockchain project is the result of a joint effort by different roles, such as coders, product managers or bloggers to talk about the product. Each of these roles corresponds to a position, and job seekers can find suitable positions based on this. Due to rich experiences in operating the blockchain gaming community, Zhou emphasized the importance of the right channels for users to reach the blockchain community.

Brendan Magauran, Director of Operation of Chainlink; William Lopez-Cordero, Co-founder of elphi; Brian Gong, Community Manager of DCU FinTech Innovation Center and Yige Wan, Director of Media Relations of U.S. Blockchain shared their insights and suggestions on the topic of job opportunities in the blockchain industry. Magauran pointed out that the blockchain industry is an emerging industry that is changing rapidly. Job seekers need to have the ability of fast learning, initiative, and quick response. Wan suggested that job seekers can learn about blockchain information through Cointelegraph and CoinDesk. Coder GitHub is also a great channel for coders to understand the source code of the blockchain industry. Gong pointed out to entrepreneurs that it is important to identify a connection to apply blockchain technology to traditional industries. 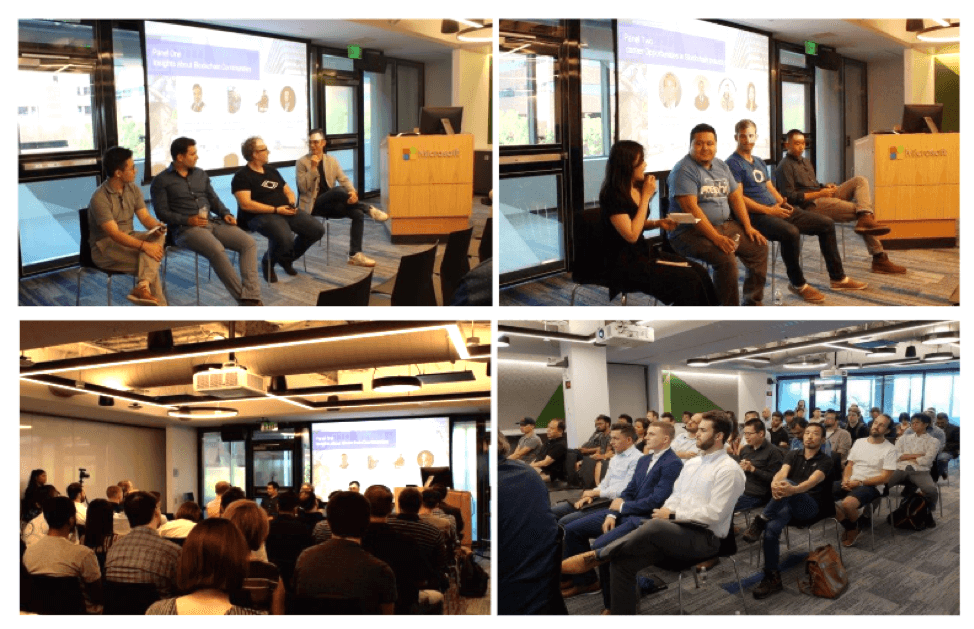 The event aims to build up a communication bridge between blockchain companies and job seekers. The enthusiasm for blockchain industry from job seekers in Boston area is beyond the imagination of the participating companies and guests. Manasi, the Product Strategy Manager of Nebulous said: “Thanks to this event, we received nearly 50 high-quality developer resumes and we are looking forward to participating in future Career Fair and Networking Event organized by the Spark blockchain.” The event also received strong support from the Microsoft NERD Center, Women in Boston Blockchain, Boston Chinese Investment Club and Necina. Charles Li,  the Managing Director of Spark blockchain emphasized that Spark Blockchain will continue to focus on building a better North American blockchain community and promoting communication between the blockchain community in China and that in North America. The upcoming 2019 DeFi & Blockchain Summit NYC and the 2019 Blockchain Gaming & Digital Asset Summit are also worth expectations.