In December 2017, the long-awaited ICO from Fair.Game launched. This is the platform that both the blockchain and gaming worlds have been eagerly anticipating.

As most seasoned gamers are aware, traditional games often suffer from various problems, such as black box operation, a non-transparent algorithm for calculation and general inequality among the players. Fair.game is the first fully visualized gaming platform running on blockchain technology that gives direct answers to the above problems.

The platform offers transparent mechanisms to run the game and unparalleled gaming experience for players. For the very first time in gaming history, players will be able to see in real time their actual chance of winning and the algorithm behind the games. Due to the decentralized nature of the blockchain network, no one will be able to control or dictate the result of the games. Everything is now under the sun and the moon. There will be no more exclaiming of ‘unfair’ as all the players know that unfairness is impossible in Fair.Game. 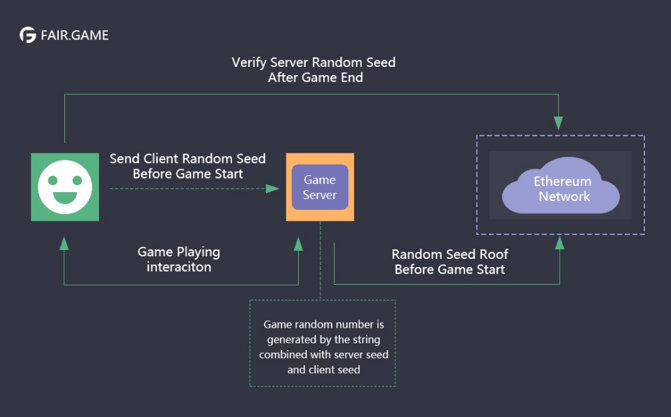 To bring it one step further, developers will also be able to adapt current games to the platform through Fair.Game SDK or build their own game on it. Fair.Game, therefore, promises to be a landmark step towards a fully decentralized gaming network, whereby players no longer need to worry about unscrupulous manipulations by the game administrators. The gamers themselves are the game masters. Every factor and every figure in the game can only be affected by the gamers themselves. Every player plays a crucial part in deciding the odds of the game. This is the true essence of a fair and fully-justified gaming platform.

The Fair.Game ICO has attracted strong attention from people all around the world. The presale was overwhelmingly oversubscribed and has to end early. The ICO on 28 December is expected to end in a few days if not a few hours.

Whether you are a crypto enthusiast or a game master, look no further. Fair.Game is the ultimate masterpiece of the contemporary gaming evolution and it promises to establish the protocol for future generations of blockchain gaming.

Where to Buy Cryptocurrency - Where do I Start, What Exchange Do I Use?