On December 9th the team behind MyEtherWallet, the most widely used Ethereum wallet, notified its users about a fake version of its wallet application being distributed via the Apple app store.

Christian Lundkvist, a developer at ConsenSys and the founder of Ethereum-based data platform uPort, revealed that a copy of MyEtherWallet is currently the third most popular finance app on the Apple app store.

Hey @myetherwallet I’m guessing this is not you in the Apple App Store? This app is now 3rd most popular Finance app, I would approach with caution! pic.twitter.com/ByHKqlO3Bp

Fake copies and replicas of cryptocurrency wallets are dangerous for investors as Lundkvist emphasized because they are capable of stealing user funds. At the time of reporting, the fake copy of MyEtherWallet is listed as one of the most popular finance applications on the Apple app store. Given that many users have already been using the fake copy of MyEtherWallet distributed on the Apple app store, funds of users could potentially be at risk.

Almost immediately after Lundkvist cautioned Ethereum users about the fake MyEtherWallet on the app store, the development team of MyEtherWallet released a statement that read:

“This is NOT US. We have file reports and emailed and reported. Would appreciate the communities assistance in getting these scamtards out of our lives.”

The MyEtherWallet development team further emphasized that its platform is and always will be free and open-source software.

Over the past two days, both users and the MyEtherWallet team have sent complaints to Apple’s support regarind the urgency of the problem.

One month ago, a member of an online Ethereum community revealed that an Ethereum user fell victim to a phishing attack targeting MyEtherWallet users. A group of scammers identically replicated the MyEtherWallet platform and created MyEthereumWallet, to steal user funds.

In November, the user disclosed that nearly $21,000 worth of Ether was stolen by the fake MyEthereumWallet application. 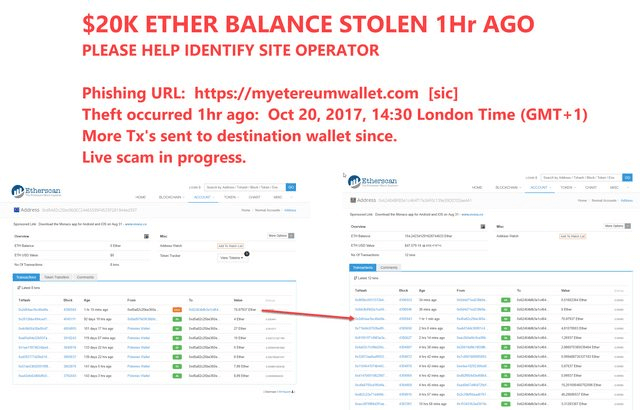 Phishing attacks and fake copies of cryptocurrency wallet applications have become a serious issue, as many investors have already lost hundreds of thousands of dollars in funds as a consequence.

It is likely that more investors and traders of cryptocurrencies such as Ethereum will fall for copy applications distributed on the Apple app store, as it is well known for its rigorous verification process applications. Usually, Apple app store users assume that apps launched and distributed by the marketplace are genuine and authentic.

On Google, when bitcoin and Ethereum wallet platforms such as Blockchain and Coinbase are searched, the first few advertisement often link to phishing sites. In October, a bitcoin user captured a screenshot of a Blockchain platform replica, with the domain Bockcheian.com. 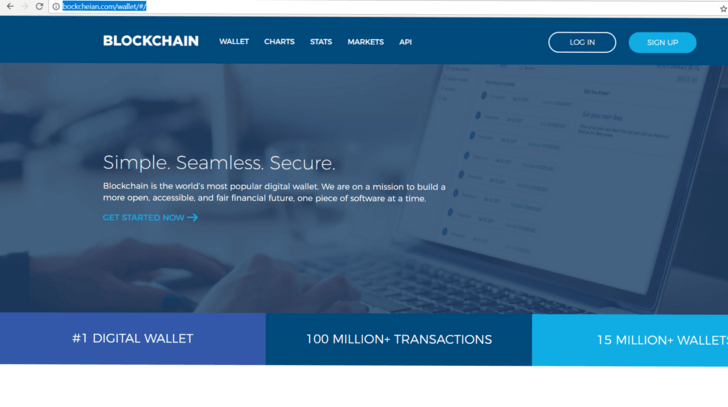 Blockchain is also a leading Ethereum wallet web-based platform and mobile application, and phishing attacks, sites, and links targeted at the platform could lead to the loss and theft of consumer funds. When using cryptocurrency wallets, investors and traders will need to be cautious to ensure they are using genuine versions of the applications and sites.