Fermat, a collaborative, open-source technology project, has announced the launch of the Internet of People (IoP) Consortium, an initiative aimed at boosting academic research and encourage university-led pilot projects related to the “person-to-person economy.”

The IoP is meant to allow people to hold direct control and ownership of their data and digital footprint. The project seeks to develop and provide individuals with the tools to freely interact electronically, both for social and commercial purposes, “without unnecessary third party interferences.”

The newly formed consortium will provide opportunities to universities and research institutions to develop and participate in innovative projects in that field. Current members include ELTE, Infota, Virtual Planet and Cyber Services PLC.

In March, the consortium launched its first pilot project through a research lab at ELTE, the largest and one of the most prestigious universities in Hungary, in cooperation with the EIT Digital Internet of Things Open Innovation Lab.

Focusing on the shipping industry, the pilot project found that with disintermediating technology, multinational companies in a wide range of verticals can significantly increase effectiveness and reduce costs. Technology which removes unnecessary intermediaries and creates a decentralised system, improves privacy for both senders and receivers, allows on-demand contractors to better monitor failure situations, and helps smaller shipping companies enter the market.

“Our first project has already delivered important findings on the power of IoP technology,” Csendes said. “Though the study focused on the shipping industry, the technology developed could improve the logistics industry as a whole.”

The Internet of People 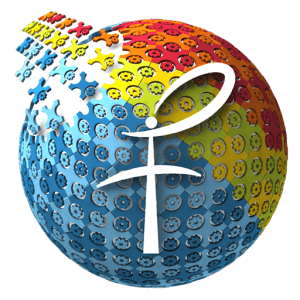 Fermat, an organization based in Switzerland, is in charge of building the decentralized infrastructure for the IoT, which includes an open social graph, a direct, peer-to-peer access channel to individual people, and a direct device-to-device communication layer.

The IoT intends to be an information space where people’s profiles are identified by a public key and interlinked by profile relationship links. Profiles can be accessed via the Internet.

The project aims to empower people by allowing them freedom to administer their online privacy, protect themselves from spying, censorship or data mining, by establishing direct person-to-person interactions.

Similarly to Facebook, an individual is able to configure the privacy level of his or her profile and choose which information is public.

“A profile uploaded to the IoT does not mean that everyone can access all the information on it,” Molina said.

“The main difference is that when you upload your info to Facebook, Facebook is in control and they monetize your information using it for their own profit. On the other hand the Internet of People allows you to sell pieces of your private data or digital footprint on a global marketplace to whoever you choose and as many times you want, even the same piece of data.”

According to Molina, Fermat’s graphchain technology enables a global mapping of everybody with verified proof of how they are related, and also people-to-people and company-to-people interactions without going through intermediaries.

Csendes said that the graphchain technology brings “endless business opportunities because of the additional network components and methodologies added on top of blockchain technology.”

“The IoP Consortium was formed in response to the need for concrete and developed use cases demonstrating this value,” he concluded.