Home › Latest News › A First Of Its Kind: indaHash’s ICO

Led by a strong 130 person company rnindaHash are automating the collaborative process between social media influencers and global brands such as Coca Cola, McDonald’s, and L’Oreal, has grown from 6 to over 130 people with offices in 7 countries. Boasting a 295% growth in sales 1Q-3Q (2016 vs 2017), working with over 300,000 influencers from 70 countries with a reach of a billion people around the world, heads are turning at the unveiling of the indaHash Coin ICO!

With the introduction of the indaHash Coin, indaHash wants to “tokenize the influencer marketing world and solve a wide range of issues and challenges between influencers, brands and fan bases.” The universal cryptocurrency payment structure will be available to social media influencers, their audiences, and brands. indaHash has also revealed an ecosystem that will give influencers the ability to create their own cryptocurrency. This will be used to add value to the activity of their audience. Indahash has explained the process of how they are aiming to revolutionize the space: 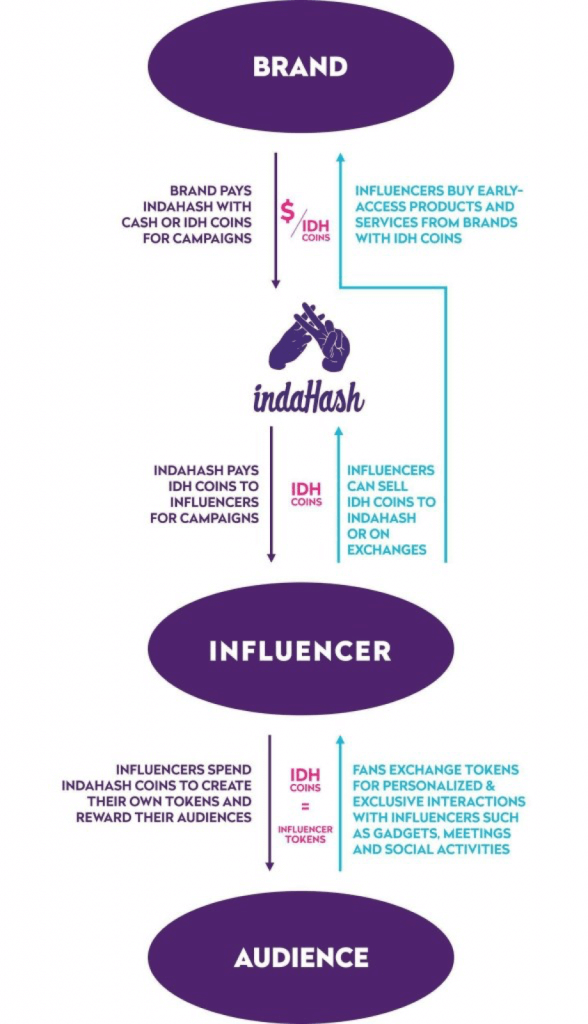 How does this affect brands? As seen in the visual breakdown, brands will now be able to pay indaHash with either indaHash Coins or cash, for completed campaigns. Companies which pay in indaHash Coins will be able to take part in the Pay-With-Fame program. This will be a huge incentive for brands to take part. The program gives influencers the chance to exchange their indaHash Coins for discounts and early access to limited edition and exclusive offers and products from participating brands. This will build hype from the influencers’ perspectives, and allow brands to appeal to more desirable social media trendsetters, encouraging them to be part of their campaigns.

indaHash will then pay influencers for their campaigns. Probably the most intriguing part of the whole ecosystem, is that influencers will be able to create their own tokens and use them to increase their audience engagement in the form of rewards for them, which can then be given back to the influencers in exchange for things such as gadgets, meetings, and other social activities. It’s an incentive which can be taken advantage of by both parties. The influencers get more audience engagement, in the form of likes, reposts, etc., and the audience has a closer and more authentic relationship with their favorite influencers. This is what has been proven to sell goods and services. People buy from people they trust! If the audience trusts their favorite influencers, they are more likely to buy the goods mentioned in their campaigns. 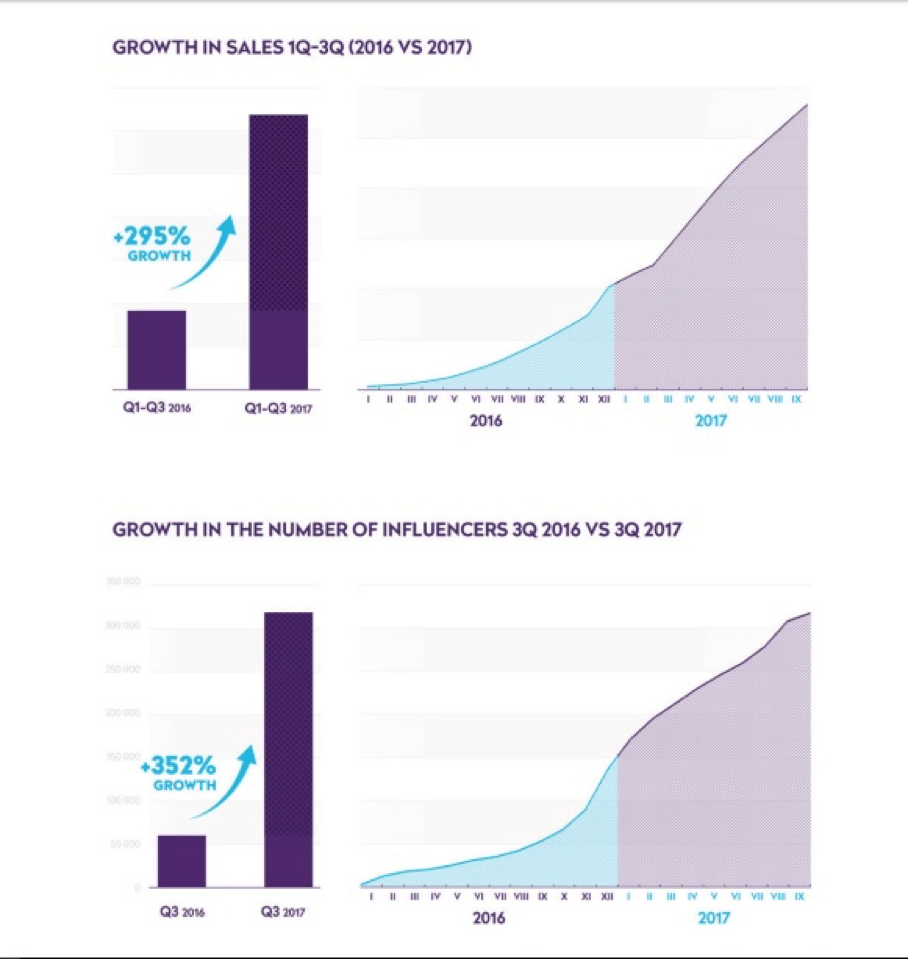 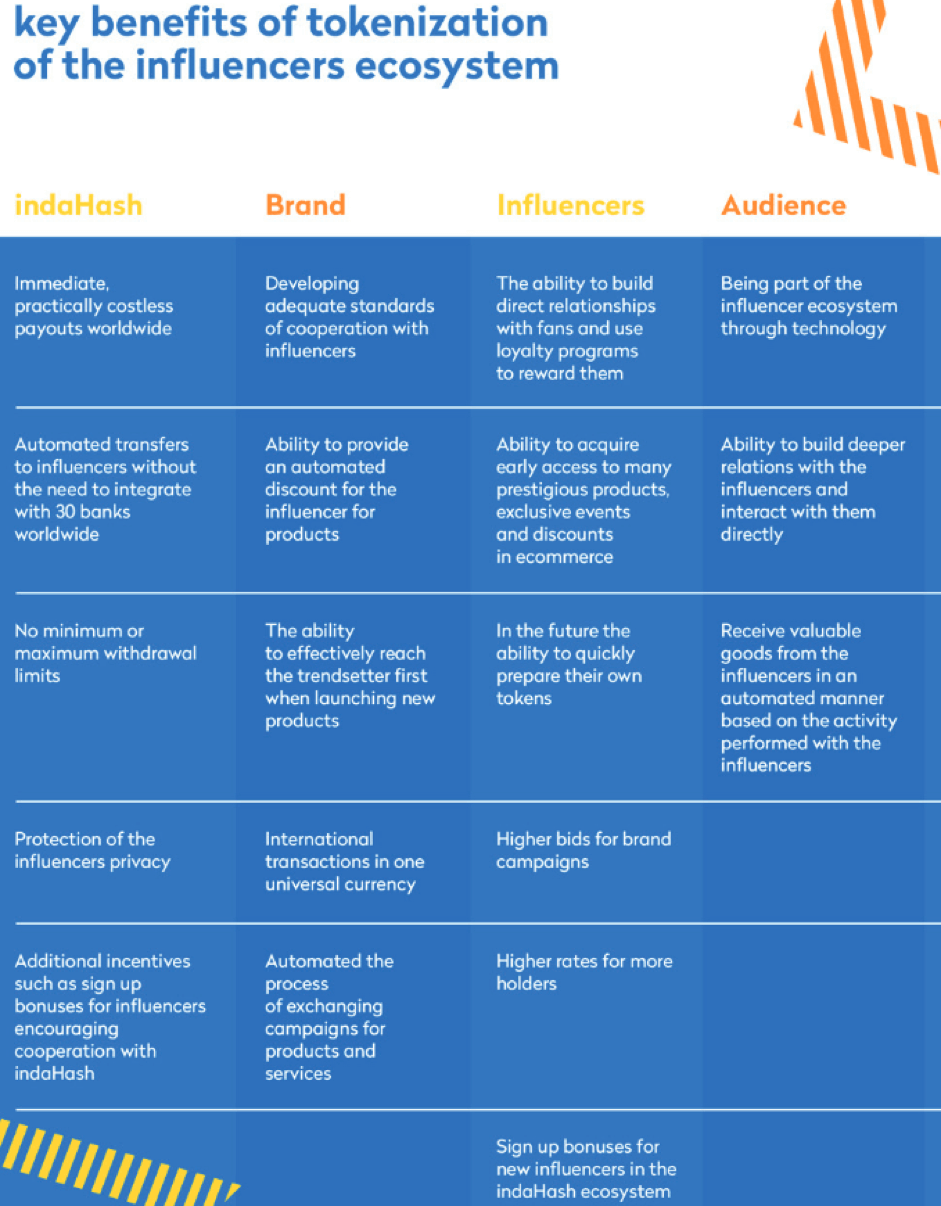 Now for the nitty-gritty details of the indaHash Coin ICO:

indaHash coins are limited to a fixed supply of 400,000,000, which is the maximum that will ever be created, 80% of these will be available during the pre-ICO and the ICO. Up to 18% of the total indaHash Coin supply will be used in order to engage and educate new and existing influencers. Only registered users will be able to participate in the token sale, and the pre-ICO is set to begin on November 8th, 2017, and will run for one week. The main-ICO will be held from November 29th, 2017 until December 20th, 2017.  Depending on the time of registration the price will vary from 4480IDH to 3200IDH for 1 ETH. There are already plans to list indaHash Coin on key exchanges such as Bittrex and Poloniex.

For more information, check out the following video:

University endowment funds have been investing in crypto

Cryptos are not the ideal form of digital currencies: BoE Governor