Our boy Homero Joshua Garza, better known in the cryptocommunity as “Josh Garza” and the former head of GAW Miners, is back in the news today. SEC prosecutor Kathleen Shields filed a request for entry of default after Garza and his legal team allegedly failed to respond to the previous SEC complaint, filed on December 1st.

Coindesk was the first to report on the story. They republished the criminal complaint (saving us, and you, the $0.20 PACER fee) which you can find here.

“On December 1, 2015, the Commission filed its Complaint in this action. On December 4, 2015, a package containing the Summons and Complaint were served upon defendants GAW Miners, LLC and ZenMiner, LLC (d/b/a Zen Cloud) by serving their registered agents of record, VCorp Services, LLC. On December 9, 2015, the executed returns of service for both GAW Miners and ZenMiner were filed with the Court.

To the best of my knowledge, and as reflected on the Court’s public docket for this action, neither GAW Miners nor ZenMiner has filed an answer or otherwise responded to the Complaint as of today.”

Strangely, as CoinDesk points out, Garza was not mentioned in the case file itself, but is listed as a defendant.

We reached out to Garza’s lawyer, Marjorie J. Peerce, and a representative told us that she does still represent Garza but wouldn’t comment on an open case otherwise.

Not responding to an SEC complaint won’t look good for Garza when he finally does show up in court. There was speculation that he was not in the country in the latter parts of the scam, though the initial SEC complaint indicated that he is currently living in Brattleboro, Vermont.

Brattleboro, a town of about 12,000 according to Wikipedia, is where Garza’s failed high-speed internet company, GAW-wireless, was once based. GAW-wireless is under its own investigation from the SEC. Strangely, Garza claimed to have left that company in 2012 and according to Vtdigger, it isn’t clear who owns it today.

We contacted the SEC to ask them if they believed Garza is still living in the United States. They declined to comment either way, which is typical in an open case.

GAW Miners, ZEN Miners and Garza have been charged with two counts of Fraud in the Offer and Sale of Securities and one count of the Sale of Unregistered Securities. We will have more as it breaks. 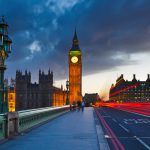 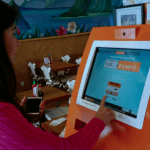