Leverj, a project developed by the team behind Coinpit, has unveiled plans to launch a fully functional decentralized trading platform for cryptocurrency derivatives. The platform promises to make significant strides towards improving security and usability in cryptocurrency trading. 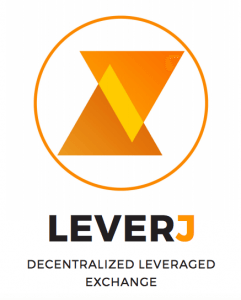 Built on Ethereum, the Leverj platform will allow users to manage crypto derivatives trades, while mitigating the counterparty and custodial risk associated with exchanges. It will enable users to place and manage positions on digital currencies, as well as futures on major equities indices and single stock futures, all in a decentralized way.

The company said it wants to offer a better alternative to centralized exchanges. Centralized exchanges hold core pieces of user information including identity, funds and user transaction history. These valuables in the custody of an exchange are attractive targets for hackers, lawsuits and state actors.

A research released last year found that at least a third of bitcoin trading platforms have been hacked, and nearly half have closed in the half dozen years since they burst on the scene.

South Korean cryptocurrency exchanges have recently been prime targets for hackers. Security experts at FireEye estimates that at least three exchanges in South Korea have been targeted by North Korean state hackers since May.

The cyber theft in the emerging world of cryptocurrencies is real, and so far, thieves have managed to steal millions from MtGox, Bitfinex and Bitstamp, among other exchanges.

“In an environment where even the biggest and most security-conscious exchanges experience loss of funds through hacks, a focus on security using the original principles of bitcoin and decentralized financial systems becomes more important than ever.”

“The user’s identity for any trade is simply a public key that controls the user’s coins. This brings financial privacy to trades that would be otherwise exposed on the blockchain. Given the ability to create identities at will, users are able to decentralize transaction histories. This works to further obfuscate the identity of the user and the amount of funds held by the user.”

The company expects to have its decentralized ETH/ERC20 spot-trading platform ready by earlier 2018, and fully decentralized custody futures trading live by Q2’18.

Rao, a Wall Street and GE Research veteran, said that enabling exposure to the top cryptocurrencies using only ether as the currency of settlement was an important market need.

“The ability to get exposure to the top tokens without the need to manage multiple wallets is highly appealing for speculation and hedging,” he said. “The Leverj platform eliminates security issues with wallets and nodes of new tokens. Based on our research and customer demand, we have developed a modular, easy-to-use UX with trustworthy, reliable APIs that will make the exchange appeal to all traders.”

“In the past, decentralized exchanges have been more concerned with academic discovery and protocol research while generally ignoring the quality of the user’s experience. Leverj stresses the importance of usability.”

Derivatives trading is a market that’s worth an estimated 1.2 quadrillion dollars with a current growth rate of 30% per year.