RLT token price grew by 4 timesrnSmartPlay.tech presented its users the second game “win-win roulette” in which players will be able to place bets and receive a win using free bonuses and RLT tokens that are already traded on the exchange and have a real value having grown by 4 times for the last time.

Since the launch of the first version of smart roulette released in late February hundreds of crypto enthusiasts and users familiar with the world of smart contracts and blockchain technologies have been involved for testing and playing. According to the statistics posted on smartplay.tech website during this time more than 15,000 game rounds and 37,000 bets were made for a total of about 7,000 ETH ($ 1,540,000 as of 06/03). Being an innovative solution,

SmartRoulette project became also the first roulette, the players of which were able to receive not only real winnings, but also digital shares of the platform (RLT tokens) for each bet placed. Having at least 1000 Roulette tokens on the balance, users are automatically included in the list of participants in the distribution of dividends and begin to receive revenue from the profit of the game.

Just for two months players and partners of SmartPlay.tech have been paid more than 467 ETH ($ 102,740 as of 06/03). Once listed on Livecoin crypto currency exchange on May 22nd, 2017, RLT token became available for purchase and sale in four currency pairs. At the moment project’s capitalization is $ 6,914,079. The founders of the project are proud of the fact that in such a short period of time it was possible to create an efficiently functioning system, the value of which is equal for both players and investors.

Already now it is known that a new game is the first roulette game in which one can be guaranteed to win without using your own funds. Focusing on the average player of online casinos such as William Hill, 888 Casino, Winner, the developers of SmartRoulette decided to minimize the time spent in order to start playing. Reduction of the random number generation time of up to 3 seconds has been achieved due to modification of the generation mechanism and moving away from the installation of the extensions necessary to integrate the player’s wallet with the roulette site. Now, in order to start the game the user does not need to go through long procedures of registering and verifying the account, spending time on additional plug-ins installation. The easy-to-play solution itself remembers the visitors and assigns them game nicknames, automatically identifying in the system.

To increase the popularity of the project and attract players to the updated version of the game, developers provide new players with 200 free spins for testing the game and are launching a large-scale advertising campaign with a budget of up to $ 100,000 per month. At the same time, there will be a release of 3D design, developed in a futuristic style. According to the team, the visual and sound effects used in it will make it possible to achieve maximum realism and to transfer visitors to the game hall of the future.

The company’s further plans include launching an affiliate program, connecting a voting system for the owners of RLT token, allowing making decisions on the development and promotion of the platform, as well as developing and launching other versions of roulette and gaming solutions. The team makes every effort to ensure that every gambler can enjoy the game and easily become a co-owner of SmartRoulette.io project, one of the most innovative gaming solutions in the world from SmartPlay.tech. 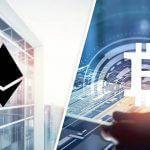 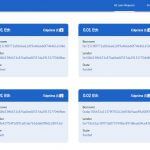