[After publishing this article, Qtum did provide proof of Caspal’s Rubik’s Cube records under a different name. We regret the error, though it is not relevant to Patrick Dai’s involvement with Qtum]

Patrick Dai, the founder of Qtum, has admitted to using another name and running another cryptocurrency before Qtum. He left the currency after it faced controversy involving himself and did not reveal his past to potential investors. He admitted to his past after being confronted with irrefutable evidence.

According to chat logs, Steven Dai was the founder of Bitbay. That coin attracted significant controversy after a convoluted scheme that netted the founders thousands of bitcoins was revealed. The chatlogs revealed that the Bitbay launch was manipulated by two notorious alt-coin market whale groups known as bobsurplus and Gekko, the BTER exchange itself, and possibly Dai.

After two years of silence, Steven Dai is back as Patrick Dai.  A photo of BitBay funder Elmer Lin standing next to Patrick Dai seemingly proves that Lin met Patrick Dai. 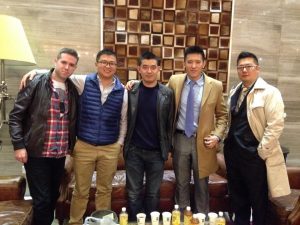 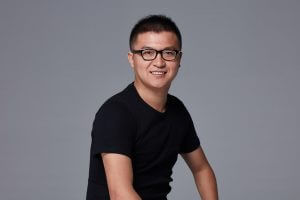 Questions about Dai’s past were initially ignored by the Qtum foundation and Dai. Two days after the issue was first raised on Twitter and through Slack, Dai finally issued a statement admitting to his past persona. He has ignored requests for comment sent to his email. The Qtum foundation itself initially replied to a request for comment saying that a statement would come the next day but has since ignored requests for additional comments.

In his statement, Dai denied any wrongdoing during the BitBay Scandal. He claims that he decided to leave the community after discovering the “questionable ends and actions” in the coin.

According to Qtum’s website and an article on the Ver owned Bitcoin.com, Roger Ver is one of many high-profile investors in Qtum. Others include Ethereum alum Anthony Di lorio, Jeremy Gardner and the CEO of Chinese Exchange OKCoin, Xu Star. [Side Note: Ver is reportedly suing Star’s OKCoin in an unrelated issue.]

We contacted Ver, Di lorio and Gardner to confirm or deny their investments. Only Gardner replied, confirming his investment. When I asked if he knew of Patrick Dai’s past as Steven Dai, he did not respond.

The Qtum foundation did release their statement, saying that they were initially unaware of Dai’s past but are standing by him.

The BitBay scheme was primarily revealed through chatlogs released by Zimbeck. After the scandal’s release, Zimbeck defended Dai as the only honest person in the group that included Dai, Bobsurplus and Gekko. Today, both Zimbeck and BitBay’s largest investor say Dai left them without support and they allege he stole funds from the BitBay Developer fund and ICO on his way out.

Dai denies that he stole money from Zimbeck or the BitBay investors.He also points to one $500 payment to Zimbeck for development after the scheme was revealed. Zimbeck contends that $500 over two years is not sufficient funding of a coin and is only a fraction of the haul he says Dai gained from the BitBay scheme.

While much of the conversation on Slack has focused on if Dai stole from the BitBay ICO or if he was an innocent victim of Bobsurplus and Gekko. That ignores the larger point: why wasn’t his past disclosed previously?

If Dai was completely innocent in the BitBay scandal, and if he had no ill-intentions with Qtum then he should have been upfront with all of his investors. If he revealed it to the high-profile VCs that have invested is also irrelevant. The fact that he was asking for ICO investment without revealing his past to the public means potential ICO investors would have invested without that information.

Besides the founder who changed his name after being involved in a scam, Qtum has some other red flags.

Besides The Founder, What is Wrong With Qtum?

The site includes a Team page with pictures of various team members. That would be a good thing, except for what it doesn’t include: No social media links. No last names (besides Patrick Dai) and no evidence that the team members are who they claim to be. One, “Caspal” claims to hold thirty Chinese and Asian records for Rubik’s Cube competition, as well as 21 gold medals.

While it is possible that Caspal was a Rubik’s Cube champion in Asia under a different name, without a real, full name, it is impossible to be sure. Especially since they are ignoring my interview requests. It sounds absurd slamming a coin for possibly exaggerating the Rubik’s Cube solving capabilities of their team but if they thought it important enough to mention, it must be important enough to question.

Some of the team behind Qtum, also seem to be working on a completely unrelated Blockchain as a Service project called Bitse. Besides Dai, there are two Qtum team members working on the Bitse project and have their last names listed: Neil Mahi and Time Markov.

Neil Mahi, is the second person listed on the Qtum team page after Dai. Googling his name gives no relevant results. The Bitse team page calls him “One of the most seasoned and greatest blockchain application developers” yet no one has heard of him. He is supposed to have 20 years coding experience, yet he hasn’t published anything to Github under that name, or even made a Facebook or Twitter account. What kind of coder, especially a “blockchain” developer, works for that long and has nothing public to show for it?

Time Markov is unGoogleable because his name brings up results for Markov’s Chain, a mathematical principal named in the 1900s. Searching for “Time Markov bitcoin” and “Time Markov blockchain” reveals no relevant results.

Furthermore, Qtum isn’t open source, at least not yet. Their GitHub page is empty. They won’t release the code until after the ICO. Of course investors will have committed their money by that time. They are ultimately asking investors to join in based solely on the experience of their team.

But that team only includes a few minor figures from the crypto world, a whole bunch of unknowns with no google search results, someone who probably exaggerates their Rubik’s Cube capabilities and a founder who either has a past that he seemingly hid from investors and involved the loss of hundreds of Bitcoins.

How Did Qtum Get So Much Attention?

As is so often the case in the cryptocurrency world: Shitty journalism led to its ride. The actions of the bitcoin media is almost understandable. After all, many probably assume that if the likes of Ver are involved, then it must have been vetted by someone. But the truth could be that the Angel Investors are depending on the media.

The first mention of Qtum in a semi-reputable cryptocurrency news site comes from CryptoCoinNews. Their article mentions Qtum winning a hack-a-thon prize hosted by ChainB.

With the credibility of CoinDesk behind it, Qtum began getting more mainstream attention.  Nasdaq.com, Siliconangle and EconoTimes all wrote articles based on the CoinDesk original.

Then, on January 24th, Bitcoin.com’s Jamie Redman wrote an article about Qtum. That article, like the ones before it, parroted the claims made by the Qtum team.

But the biggest bump to Qtum’s visibility was an article by a Forbes Contributor. Roger Aitken will seemingly write about any two-bit cryptocurrency project. Aitken wrote a poorly researched article that shows his tenuous grasp (at best) of blockchain technology. He says Qtum is attempting to be the “blockchain of China” even though regional cryptocurrencies are a long dead fad and were never workable.

After Forbes, several other media outlets covered Qtum, including Finance Magnates and the International Business Times UK. Later, Bitcoin.com released a later article with a curious note at the bottom.

“Disclaimer: Roger Ver, CEO of Bitcoin.com, is a Qtum investor.”

With Ver’s name officially attached, Qtum seemed likely to be the first big ICO of 2017 largely due to the articles that gave it credibility.

The problem with all these articles is that no one stopped to ask: who is Patrick Dai? Why does Googling his name reveal so few results? And most important: What did he actually do before Qtum?

Because what someone has done in the past is usually the best indicator of how they will behave in the future.