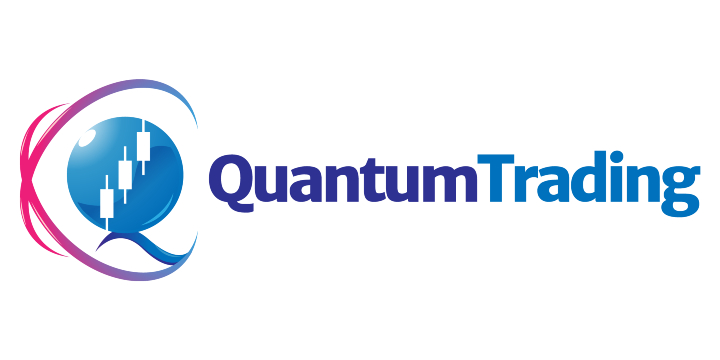 We are aware of numerous websites which use false celebrity endorsements to send customers to unregulated brokers or call centers. Our website will only send customers to partners who have provided us with the required regulatory assurances. This is a marketing offer and our regulated partners will indicate what services they have available upon registration.

Quantum Trading is a crypto buying and selling robot that claims to allow people to start their crypto trading more efficiently and profitably, thanks to its impressive artificial intelligence (AI). The website says that the AI uses an advanced algorithm to analyse a number of different trading indicators and make a judgment faster than even the most talented professional traders.

This may sound impressive but is it too good to be true? This review of Quantum Trading looks into the robot’s claims and whether it actually works.

What is Quantum Trading?

The Quantum Trading website says that the robot is computer software that has been created to help crypto traders, novices and experts alike, to enhance their profits. The robot claims that this is due to its faster analysis and execution of trading orders. This swift trading is said to be the secret to its higher profit ratio.

The Quantum Trading website says that the robot was created by a team of professional traders and crypto enthusiasts, who have come together to pool their expertise and share it with the world.

While not much else is said about the developers, the website claims the robot is partnered with regulated brokers. Platforms that are legally compliant with authorities tend not to want to risk their reputation and operational licences by working with unverifiable sources. 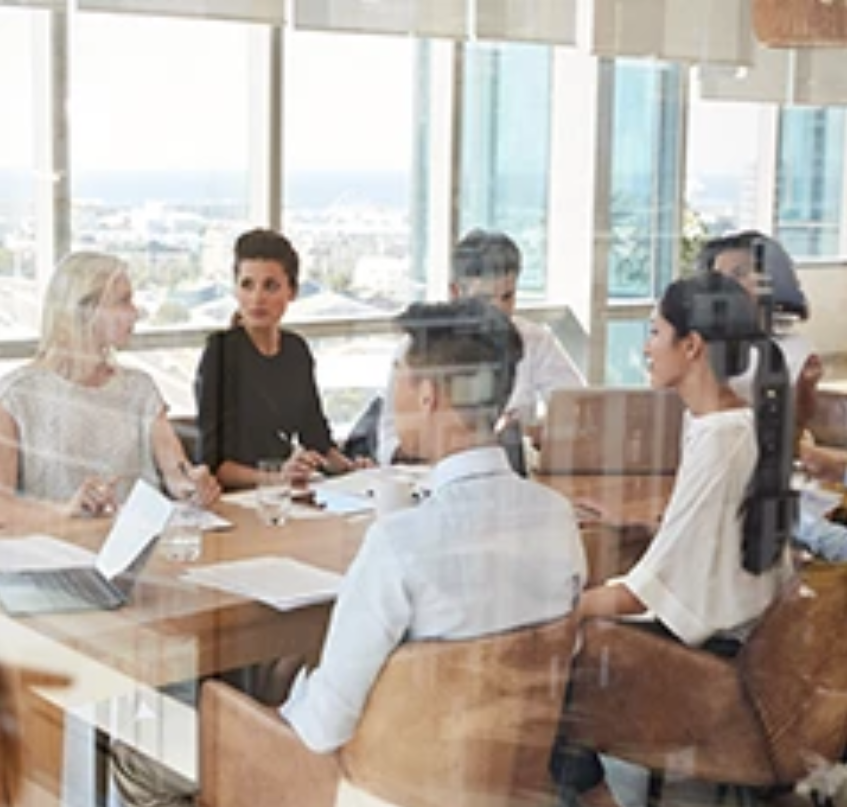 Quantum Trading says that its services are completely free of cost and there are no charges associated with registration. The sign-up process is also done with minimum requirements, only needing an applicant's name, email address, and a mobile number.

A user can make a deposit after signing up. Quantum Trading allows small deposits to be made, as little as $250. The funding of the trading account can be done through a variety of payment methods, including all mainstream debit and credit cards and bank transfers.

As soon as Quantum Trading receives the deposit, it is made available for trading through the robot’s dashboard. Users need to define parameters such as the risk level they are comfortable with. The users can then sit back and let the robot start trading.

Instant registration: Quantum Trading states it takes only 2 minutes to register.
Novice friendly: Automated trading is claimed to help even the least experienced to trade.
Many deposit options: From different cards to bank transfers.
Easy withdrawal: The withdrawal process is said to take 24 hours.
24/7 customer services: A dedicated support team is available round the clock.

Quantum Trading claims to have an 85% accuracy on trades and offer users returns of eight times their initial investment. However, our research suggests that it is highly unlikely most users would see these levels of profit.

Quantum Trading has one of the easiest verification systems, with the robot claiming to only require basic data from their users. A dedicated accounts manager gets in contact after the information is given and calls to manually verify it.

Users of Quantum Trading are told that they can go to the trading software’s dashboard, simply go to the withdrawal option, and select the amount they want and the payment channel they prefer. The website says that withdrawal takes a maximum of 24 hours.

Quantum Trading says that its services are free and it does not charge even an annual fee. Employing a network of international brokers, there may be a fee charged by the affiliated platform a particular user’s funds are traded on.

Quantum Trading has received a lot of positive feedback, with testimonials on the robot’s own website and other discussion boards claiming that the robot has helped them make money quickly.

Quantum Trading says that it has a dedicated team of customer service personnel who are available at all times should a user face any problems and require help.

Quantum Trading uses AI to analyse crypto trends and the trades are actually made by its partner broker network. The robot claims to connect with only regulated brokers so as to provide its patrons with the best financial and technical protection possible.

The claims of high accuracy, significant profit, and no fees will certainly raise doubts in many people’s minds. User reviews are one of the best ways to gauge a service or a product and with many people praising the trading robot, both published on the robot’s website and several discussion boards and review platforms, the service does seem to be popular.

5 Reasons to Use Quantum Trading

Quantum Trading states that its automation means even people without any trading experience can get started on crypto buying and selling.

With its AI, Quantum Trading claims that faster analysis means that it can place trading orders before the rest of the market can, giving it that crucial time advantage.

The robot claims to use reputable brokers who comply with different regulations that protect investor rights, offering a better and more secure environment for trading.

Quantum Trading gives users the option to check out its claims by having a practice session in the demo mode using real-time data to see how effective it is.

Quantum Trading, unlike its human counterparts, does not require a break and can do trading on its user’s behalf throughout the day and night non-stop.

What’s the Best Way to Use Quantum Trading?

Beginners may find robots a useful option for getting into trading as letting a robot trade for you is much simpler than learning to use complicated CFDs and exchange platforms. It also gives you a chance to learn from the robot which are the best trades to make.

Experienced traders may also have something to gain from employing a trading robot, as even the best traders are prone to human error and needing to take breaks, meaning the use of a robot may improve their efficiency.

Has Quantum Trading Ever Appeared on TV?

Perhaps one of the most popular shows for entrepreneurs, Dragons’ Den is all about different people or teams showcasing their products in the hope of impressing the hosts (the Dragons) and receiving funding. We have extensively checked and Quantum Trading has never made an appearance on the show.

An adaptation of Dragons’ Den, but in the United States, Shark Tank works on a similar premise, with different entrepreneurs trying to convince the hosts to invest in their ventures. We have found no talk of Quantum Trading or its developers on the show.

Has Quantum Trading Ever Been Endorsed by a Celebrity?

The Dogefather has publically supported cryptocurrencies and is known to move markets with a whim. It would not be beyond reason to think he might have endorsed Quantum Trading, given the robot’s claims of immense profitability. However, Elon has never publicly talked about the robot.

Well known for his serious love for good food, Ramsey is a chef, author, and host of Hell's Kitchen and other shows. He has a massive fan following and there are rumours that he has invested in Quantum Trading. We have found no concrete evidence of this.

Bill Gates rose to prominence with the Windows operating system that is used by billions of PCs and mobile devices today. A tech-oriented person, he has talked about cryptocurrencies in the past but we have found no evidence of him endorsing Quantum Trading.

Heading several companies under the Virgin Group umbrella, Sir Richard Branson is also knighted for his entrepreneurial efforts and is known to back many promising ventures. Many people also believe he has endorsed Quantum Trading. We have spent much time looking into these claims but have been unable to substantiate them.

5 Ways you can Maximise Success with Quantum Trading

Although robots encourage you to sit back and leave them to it, there are key things you can look into to maximise your trading potential.

Use the minimum deposit to your advantage. Deposit the $250 required and test out the robot to see if it is something you are comfortable with, only increasing your investment when you are ready to take the big leap.

Keep a portion of your gains safe for a rainy day. Reinvesting everything may be tempting, but you don’t want to end up losing all your previous profits.

Big profits might be possible with the claimed AI analytics, but nothing beats the human touch. Keep a tab on what industry experts are saying. Integrate this into your strategy for all-round effective trading.

Depending on your jurisdiction, you might need to pay an income or capital gains tax, which can be a nightmare to figure out as the tax deadline approaches. An updated record of all trades will help you avoid a headache.

Only Invest you can Afford to Lose

We can’t stress this enough. Crypto trading, especially CFDs with leverage, can always take you into the red and create deep losses. To avoid going bankrupt, only invest an amount that you can live without should it be lost.

Quantum Trading advertises crypto trading profits that are greater than normally possible manually and as such, it is understandable to question the legitimacy of its services.

Taking into account largely positive feedback from its users and coupled with the claims of faster trading and reputable brokers, it would appear that Quantum Trading is a popular robot that is satisfying its users.

If you believe you need to compare similar services before you make an investment decision, you can always check out our reviews of other trading robots, such as Bitcoin Prime, Bitcoin System, Bitcoin Loophole and Immediate Edge.

Haven't found what you're looking for?

Disclaimer: All testimonial photos are stock imagery and do not represent the people behind the feedback.