What Is Stellar Lumens and How Does It Work?

Stellar Lumens (XLM) is a digital currency that is similar to Ripple, both being created by Jed McCaleb. Whilst based on the same premise, they have a significant difference, in that Lumens cater towards helping individuals transfer money, rather than institutions. With Lumens, McCaleb has taken more of a Bottom-up approach, rather than the Top-down approach of its predecessor.

The Stellar Network is the actual decentralised peer to peer framework, whereas Lumens, XLM, is the token that is used on the network itself. The Network was created in 2014 and since then Stellar Lumens have risen to be the 14th ranked cryptocurrency at the time of writing, May 2020.

Why Were Stellar Lumens Invented?

Lumens were invented to help people overcome the problems presented by cross-border transactions. These problems are lengthy transaction times and high fees. Lumens sought to dispel these problems for retail users by providing a quick and inexpensive method of sending money across the world.

How Does Stellar Lumens Work and What Technology Is Behind It?

Lumens are the tokens used by the wider Stellar Network, to send sums of money and convert currency. The network itself is a decentralised peer to peer network.

Lumens allow for one type of currency to be sent from one peer and arrive as a different currency to the receiver. During its journey to the receiver, it will transition through a number of currencies. The Stellar Network does this by seeing if the straight currency pair swap is available. If it is not, it can see if there is a demand for the initial currency from a Lumens holder and then once it has acquired the Lumens, it can search for a pair of Lumens and the destination currency. Thus, allowing the easy transaction of value between currencies that don’t have a commonly traded pair.

This is all made possible by Anchors within the stellar network. Anchors facilitate the exchange of currency within the network by being able to hold a deposit as well as issuing the credit in a different currency.  Due to all the anchors being on the same network, the Stellar Network, this process is incredibly fast.

Whilst Lumens does have intrinsic value, the tokens main use is to act as a bridge between other currencies. As such, it would be more helpful to understand it as being more than just money. The ability to convert currencies for users, and in such a short space of time, distinguish from normal fiat currencies that might normally be described as ‘real money'.

The cost for a Lumens transaction is 0.00001 XLM, making it incredibly cheap. When purchasing Lumens themselves on online exchanges a fee will be charged by the site for your purchase of the Lumens.

What Are the Benefits of Stellar Lumens

Speed - Using Lumens as a transfer method is an incredibly fast way to transfer money to someone, usually completing in around 3-5 seconds. It will reach the recipient faster than a wire transfer, especially if it is a cross border payment.

Cost - As stated above the cost of a Lumens transfer is impressively low therefore making it a very competitive method of transferring money compared to other methods.

Ease of currency exchange - For certain currencies, there may not be an easy currency pair to exchange the money from one currency to the other. When using Lumens however this is all carried out for the sender and recipient seamlessly on their behalf.

Ease of access - All retail users need in order to access Lumens is an internet connection and some software such as a lumens-ready wallet, or access to an online exchange.

Decentralised - The Stellar network is a decentralised network, meaning that no one authority controls the movement of Lumens. The community themselves authorise transactions and a record of each transaction is stored on the blockchain, which can be accessed by everyone.

Can Stellar Lumens Be Used Anonymously?

Like most cryptocurrencies, there is a degree of anonymity provided by using Lumens. Wallet addresses do not carry your identity, rather a string of numbers, however, the very nature of blockchain technology is that every transaction is visibly stored on the blocks of the chain. Therefore your transactions are not completely anonymous.

Also, the larger exchanges will require some form of photo ID to set up an account in the interests of safety and to combat illegal activity as a result when using these sites no transactions are anonymous.

How Safe Are Stellar Lumens?

By charging a fee per transaction, as well as a minimum of 1 XLM required in a Lumens wallet at any one time, Lumens offers a degree of protection from flood attacks. These are where hackers try to flood the system will a huge number of microtransactions. Stellar Lumens has protected itself against such attacks by simply making them too expensive for the hacker to yield any sort of feasible gain. In a testament to these measures, the Stellar Network has never suffered a serious attack.

What Teams Are Developing Stellar Lumens?

The Stellar Development Foundation is a diverse team working at Stellar to help ‘unlock the world’s economic potential by making money more fluid and people more empowered’. They are seeking to achieve this by continually seeking to improve the Stellar network and its Lumens.

The foundation is committed to raise awareness of Stellar, create an easy to use interface for cross border payments and to engage with policymakers and leaders all over the world.

What Financial Institutions Use Stellar Lumens?

IBM World Wire - IBM decided to use Stellar Lumens to help create World Wire, which enables financial institutions to send funds anywhere in the world in a much more inexpensive and faster way than ever before. By partnering with IBM, Stellar has gained more credibility as well as exposure to the traditional world of finance.

Satoshi pay - is an instant micropayment method that removes the need for customers to have to traverse multiple pages to access online content. Instead, they can reach it instantly with one click and this is because it runs on Stellar.

Saldo - is a company that allows migrant workers to help care for their families back in their home countries by using Stellar’s rapid currency conversion abilities to top up things like their utility bills with ease. Saldo is a company with an altruistic goal, as such, projects like Stellar Lumens cater to their needs perfectly.

Lumens cannot be mined. Instead, the supply of Lumens is controlled by Stellar. Originally, 100 billion Lumens were created and the supply inflated by 1% each year for five years until the Stellar community voted against it.

Stellar heeded the advice of the community and halved the number of Lumens in existence to 50 billion, vowing never to make any more. Of these 50, only about 20 billion are in circulation with the remainder being held by the SDF for development and promotional purposes.

As there is no mining, XLM transactions occur through a consensus protocol between accounts.

A Stellar Lumens wallet is a piece of software that stores XLM within it. Stellar Lumens wallets need a minimum of 1 XLM in. This criterion functions in the same way as the minimum transaction fee is a deterrent to would-be meddlers in the Stellar network. Thus making it more expensive for flood attackers.

Lumens wallets come in a variety of forms:

No one wallet is the flat-out best choice, that decision remains up to you. Different types of wallet will provide you with differing degrees of security and portability. You need to decide which is the best fit for your desired parameters.

Are Stellar Lumens Worth the Investment?

With Lumens’ large supply, relatively low coin (XLM) price, and the fact it is not viewed as a good store of value, it is perhaps a dubious investment at the moment if compared with other crypto assets such as Ethereum, Bitcoin and LINK. If more and more people all around the world end up using Lumens to transfer money however, it could be a different story. XLM/USD price is $0.072 and is turning massively bearish as the highly reliable evening... 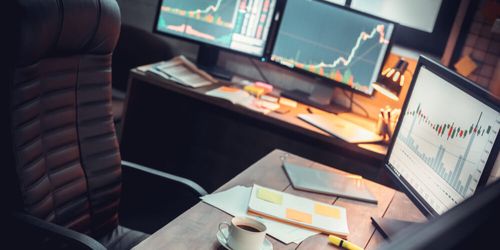 Vechain drops 4.9%, Stellar continues its upside and Algorand shoots 21% as most coins... The price of Stellar has not peaked and will likely surge another 60% after... XLM/USD price is approaching psychological $0.1 as analyst points to potential rally in the... 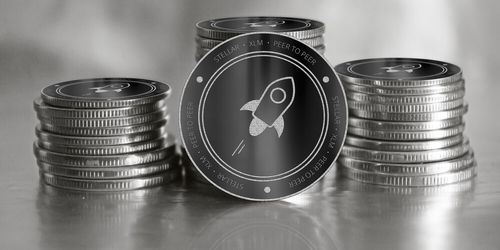 XLM/USD price is trending lower as buyers fail to hold gains racked up in...