What Is Cardano and How Does It Work?

Cardano is an open-source blockchain project developed in layers to run financial applications used by businesses, consumers, and governments globally. It can be used to send and receive digital money, ensuring quick, direct transfers that have been cryptographically secured. The project features layered development that allows the dedicated team of coders and engineers to maintain and upgrade the blockchain easily with soft forks. ADA denotes the currency token of the blockchain.

Like Ethereum, Cardano aims to acquire the capability of running decentralised applications or dApps in the future. Once the work on ADA's settlement layer is complete, the team will build a single processing layer for smart contracts related to financial regulations and legal agreements. Unlike other blockchain projects, it has adopted a research-driven approach to solving the significant problems faced by today's consumers.

Why Was Cardano Invented?

Cardano is the only project that follows a scientific approach to develop its blockchain and is peer-reviewed, which is being built by an expert and experienced team of engineers and academics. The blockchain's primary objective is to deliver scalable, secure, and robust technology for running financial applications that can be reliably used by millions of consumers daily. That's why the project team has employed the same meticulous approach used in mission-critical banking systems.The long-term vision of the blockchain and its cryptocurrency aligns the challenges and requirements of both the users and regulators, providing them with a way to engage and interact seamlessly. This innovative style of regulatory digitisation is likely to deliver financial freedom and inclusion to millions of users globally who currently don't have access to financial services due to a wide variety of reasons. On the one hand, the underlying network will bring regulatory efficiency; on the other, the ADA token will ensure the quick and affordable transfer of money.

How Does Cardano Work and What Technology Is Behind It?

Cardano follows a slightly different model as compared to other blockchains. Its blockchain has two layers, a settlement layer, and a computational layer. The first layer has been completed, and it's now functional. It enables consumers to send and receive ADA tokens, from one wallet to another. It uses a similar method that's employed by Ether. The second layer is under development, and its objective is to enable users to initiate and sign up on smart contracts. Although it may sound similar to Ethereum blockchain, it has some advantages over it.

For starters, it's more adaptable as you can modify it according to the requirements of end-users. For instance, different countries have different financial and monetary regulations. The same contract can be written in such a way that it can change how information is stored, processed, and accessed according to those regulations. And since the computational layer is separate, ADA users can still use the same currency in different countries while complying with various laws and regulations.

The computational layer also allows the Cardano project team to make changes using soft forks and without disrupting the ADA or settlement layer. To verify transactions, it uses the proof-of-stake protocol. Users who want to participate are called validators, and they must invest a certain amount of ADA coins in demonstrating they've "stake" in this whole process. They are also rewarded based on their stake.

Although ADA offers low fee and instantaneous transactions, the smart contract layer is still under development. This means that it is far from becoming a currency that can be used to buy products and services on a day-to-day basis. Moreover, it should be kept in mind that it isn't merely attempting to be another currency replacement but a complete smart contract network that allows countries to ensure compliance while bringing affordable and convenient means of transferring money to their people.

This is why it may take two to three years until the second layer is completed. Cardano's odds are better than the other cryptocurrencies and blockchains because it has gone for a scientific approach that involves taking input from engineers and industry experts. And while the effort may take longer, it won't have the same issues that other blockchains face.

The minimum transaction fees for ADA can be calculated using the following formula: - x + y × size.

Since the project is still under development, the transaction fee is subject to changes. And apart from the network, you will also need to make room for the commissions, charges, and costs associated with buying Cardano (ADA) coins and withdrawing your funds from various cryptocurrency exchanges and trading services.

What Are the Benefits of Cardano?

It has two separate blockchains for its token processing and smart contracts, which means it can update the blockchain with soft forks without creating any distractions for the other part.

Compared to other blockchains, it is far more adaptable. For instance, a single, smart contract can be modified to cater to different users ensuring compliance for all stakeholders.

Like top cryptocurrencies, Cardano's blockchain is also decentralised which means no single central entity has an unreasonable amount of control over the security and validation process of transactions.

It's vision is to combine consumer's convenience and regulatory compliance into a seamless solution, which will give millions of people access to financial freedom who don't have access to traditional services.

It is not trying to be a disruptor but an innovator. It's looking to work within the scope of regional regulations ensuring complete compliance while providing convenience to the end-user.

While many people mention anonymity as one of the leading features of any cryptocurrency, the truth is it has increasingly become more of a gimmick than a real positive. Yes, cryptocurrencies are comparatively anonymous, but if you are purchasing coins from an exchange or a trading platform that complies with Know Your Customer (KYC) regulations, you will have to provide your details for account verification. Otherwise, you will be forced to take a risk with less reputed services, which aren’t usually recommended.

Moreover, anything you do on the internet leaves a digital footprint behind, which means you are always trackable for governments and hackers who have the technical capability to figure out. If you want absolute anonymity, ADA, or any other cryptocurrency, isn't the solution you are looking for. Hard cash is still the best option in that regard as there’s no digital trail for anyone to follow.

It is being developed by a team of engineers who are experts in their fields. Moreover, the layers for ADA tokens and smart contracts are separate, providing an additional security cushion. Cryptographic encryption will ensure that blockchain can’t be compromised and fend off any cyberattacks that can breach its integrity and expose user data.

What Teams Are Working On Cardano Development

This is the biggest team based out of Switzerland, which is working to grow the ecosystem and drive coin adoption. Moreover, its responsibilities include shaping commercial standards and legislation, encouraging the global community, ensuring stakeholder accountability, and facilitating long-term partnerships. This team also supervises and oversees the growth and development of the blockchain and its ecosystem.

The second team is an Input-Output engineering organization that works with companies, government departments, and academic entities to build blockchains and cryptocurrencies. This team provides required technical support to Cardano, ensuring they are on the right path while maintaining compliance with their objectives.

It is an international blockchain tech firm that delivers robust solutions to governments, businesses, startups, and developers. This team has been tasked with developing a fully-featured cryptocurrency wallet to provide users with an excellent solution for storing their ADA tokens safely.

Since it is an open-source project, hundreds of developers contribute to this project daily, improving the codebase. This popularity with the developer community has allowed Cardano to ensure tremendous growth in no time.

Which Financial Institutions Are Invested in Cardano?

Currently, there is no evidence to suggest that any financial institution or bank is financially or strategically invested in the Cardano project. Since their blockchain is still under development, which will make regulatory compliance functional, it is logical to believe that currently, financial entities are holding back to identify if it will shape into a regulatory solution they are looking for. Apart from that, since it aims to ensure regional regulatory compliance, it may need to engage governments on the state and national level to become viable for its intended use. This may be another reason why banks and financial institutions haven’t taken a swing yet.

It is a project that's backed by world-class engineers and industry experts who have taken a scientific approach towards building a blockchain and its ecosystem. This is why it has a high potential for attracting investment in the future.

Since the Cardano project uses Proof of Stake protocol, it can't be mined. You have to purchase a stake by depositing ADA to get rewards by validating transactions. There is no involvement of particular ASICs or GPUs, and you save a lot of money that you'd have otherwise spent on equipment, power, and cooling.

A wallet is a hardware device or software used to store cryptocurrencies like Bitcoin and Ethereum. It enforces multiple layers of safety to keep your funds secure while reducing the odds of losing it. If you want to store your ADA in the safest way possible, you need to use one of the following wallets:

Is Cardano Worth the Investment?

As mentioned in the overview of Cardano (ADA), it is the first cryptocurrency and blockchain to be backed by a scientific approach. This means that it has a much better potential of being successful as compared to other cryptocurrencies. However, it is still under development, and we can't simply rule out the early entry advantage that other blockchains have.

Cryptocurrency prices are always unpredictable, and you never know which way they're going to go. That's why you need to be vigilant to ensure you are not spending on investment that you are likely to lose. Always listen to what experts are saying and keep an eye on the news. Don't invest too much at once. Risk mitigation is necessary. 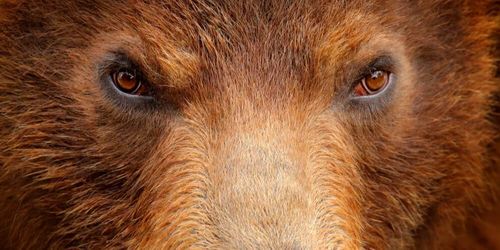 Cardano users look more likely to sell their ADA than stake for rewards as... 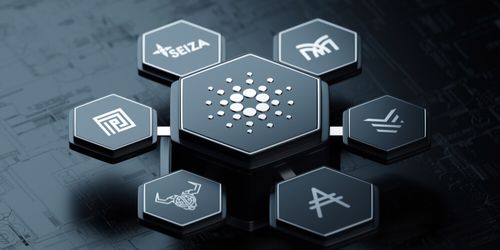 Cardano is trading just above $0.1399 as bulls look to steady prices after a... In an interview from Weiss Rating, Juan M. Villaverde suggests that neither Ethereum nor... 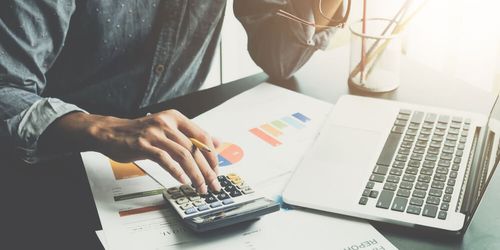 Cardano has surged over 14% in the past 24 hours to hit levels last... Cardano has been the top-performing altcoin among the top cryptocurrencies, rising into the top...