What Is IOTA and How Does It Work?

IOTA is an open-source and scalable distributed ledger that has been created to ensure seamless value and data transfer. It has been specifically built for the next generation of digital revolution termed the Internet of Everything, a network designed to exchange data and value between machines and humans without friction. Featuring feeless transactions, tamper-proof data, and low resource demand, the IOTA network can power the Internet of Things without any requirement to invest heavily in infrastructure.

It aims to play a vital role in the coming industrial revolution, which will require us to create and maintain machine economies and handle financial relations between machines and humans. The network ensures the validity and authenticity of the data being exchanged on the network and prevents all types of tampering. IOTA also denotes its cryptocurrency token.

Why Was IOTA Invented?

Co-founded by David Sonstebo, Dominik Schiener, Dr. Serguei Popov, and Serge Ivancheglo in 2015, IOTA is a specialised peer to peer distributed ledger with the primary objective of democratising and powering the Internet of Things (IoT). It has been designed to deliver secure payments and communications between machines. Due to an innovative approach, there are no transaction fees regardless of the size, and validation is almost instantaneous. Theoretically, the system can verify an unlimited number of transactions due to its immense scalability prowess.

As we move towards a more digital future that will be dependent on reliable communication between devices and machines, we require a trustworthy networking system that can ensure secure transfer of all types of communication. It is attempting to be that network through its unique approach that focuses on building smart cities, global trade, digital identities, mobility-focused solutions, and social impact of financial and communicational convenience and efficiency.

How Does IOTA Work and What Technology Is Behind It?

IOTA has proposed a different data structure termed as Tangle to store and manage numeric representations in a unique manner. It allows IOTA to overcome Bitcoin's scalability issue by removing topographical hurdles of using a blockchain. The tokens are pre-mined like XRP, and the transactions are validated using Tangle, a Decentralised Acyclic Graph (DAG). In simpler terms, it's a network of non-sequential nodes which allows each node to be connected to several other nodes in sort of a 'tangle’.

Although other blockchains are also DAG, they don't have the same parallel system. It means that on IOTA's network, transactions can be processed simultaneously. They aren't necessarily bound to follow a sequential order where transactions are stored in a queue. As more nodes become a part of Tangle, the network becomes more and more efficient and secure. The system doesn't also require full node miners as each new transaction can be validated by referencing the last two purchases. This doesn't only reduce the transaction processing time but also cuts down the number of resources required.

In the end, an easy Proof of Work (PoW) quiz or puzzle is included to verify the transaction. This protocol of validating transactions results in no charges or fees and consumes lesser power. It also means that digital currency MIOTA can be used across a dynamic range of systems and devices without requiring too much power.

Compared to other established coins like Bitcoin, IOTA still has a long way to go in terms of market acceptance as a viable currency alternative. Currently, many places accept it, including Jade Bloom, Qpiter, Elemental Coffee, Gemma, Volamo, Xtensions, Monster Cleaning Services, and more. However, these aren't significant brands and will only benefit regional users. That being said, it should be noted that it's primary aim isn't to become a currency replacement but to create a robust network of machines and devices that can easily talk with each other. Microtransactions are only a single aspect of the larger picture.

It has a revolutionary long-term vision, which may take years to materialise. Until then, the odds are low that it will become a ubiquitous cryptocurrency for average users like many others.

It doesn't have a blockchain, and there are no miners. It uses a decentralised distributed ledger where each new transaction validates the previous two. This means that the Tangle network doesn't have to spend resources to verify transactions as users on the network do it for them. This doesn't only solve the huge scalability problem but results in zero transaction charges. Using the Tangle network doesn't cost you any fee. It doesn't matter if you're sending a million dollars or a cent, the recipient will receive the exact amount without any deductions.

However, if you are going to purchase IOTA tokens from cryptocurrency exchanges or trading platforms, they will charge you a standard fee. The percentage of the cost depends on a wide range of factors, including your country of residence, amount of tokens, and pricing structure.

What Are the Benefits of IOTA?

Since it uses its proprietary distributed ledger called Tangle instead of traditional blockchain, it offers some unique benefits:

Unlike other cryptocurrencies, the network doesn't charge any transaction fee. Whether you are sending $100,000 or a single penny, you will receive the same amount. There are no deductions.

The distributed ledger called Tangle has been designed and engineered in such an innovative way that more traffic on the network means faster transaction settlement.

Although it isn't as fast as some of the other more established cryptocurrencies, it still brings swift transaction times. You don't need to wait for too long for verification.

Since Tangle isn't precisely a conventional blockchain that requires Proof of Work, there is no need for powerful computing equipment, making processing affordable and environment friendly.

It isn't just money that you can send using the IOTA network but anything that holds value, including data and information. Tangle keeps the data tamper-proof to ensure the network's integrity at all costs.

While it doesn't rely on a blockchain, its distributed ledger Tangle is still a decentralised platform. This means that no central authority has absolute control over the network or transactions.

It aims to bring all the digital devices together through smart cities, digital identity, and global trade creating a seamless network of machines that makes our lives much easier.

Anonymity is usually paraded as one of the star features of IOTA and many other cryptocurrencies. However, the reality is that increasing regulatory strictness around the world has made it highly challenging for anyone to use digital currencies without exposing their identity. The majority of the established cryptocurrency exchanges and trading platforms have to comply with Know Your Customer (KYC) and Anti-Money Laundering (AML) regulations, which means they have to ask for your personal information to verify your identity.

If you're simply using the Tangle network and not interacting with any third parties, then you will have a much better chance at keeping yourself anonymous. But even then, if the government wants to identify the individual behind a particular transaction, there is enough digital footprint to track you down. That's why cash remains the king when it comes to true anonymity.

IOTA uses a non-sequential distributed ledger. Once a transaction has been verified, it's impossible for the system or any external interference to roll the progress back and make any changes. And the more traffic the network has, the more secure it becomes. It has built-in immutability, which is next to impossible to compromise, if not impossible. Apart from that, the network uses cryptographic encryption for all the activity and interaction to discourage interference and keep your data and information as secure as possible.

What Teams Are Working on IOTA Development

It is the primary organisation that focuses on forging lasting partnerships with the right brands and providing the necessary support to entrepreneurs, developers, token holders, and other stakeholders. It also manages the Ecosystem Development Fund, which delivers financial support to the IOTA developer community, which is present across multiple social channels, including Discord, Twitter, YouTube, Reddit, and StackExchange.

Since it is an open-source project, IOTA Technologies is tasked with providing technical support, including tools and frameworks required for further development of Tangle. These include Node software like IRI, Hornet, Bee, and Chronicle as well as developer tools such as Streams, Client Libraries, Tangle Utilities, and Private Networks. The team is also working on the Access framework and Stronghold library, which are scheduled to be released in the near future.

Which Financial Institutions Are Invested in IOTA?

Since it's future depends heavily on the Internet of Thing's success, there has been no direct investment from any financial institutions or banks. However, it has been able to create strategic partnerships with technology and automotive giants like Volkswagen, Samsung, and Cisco, who are currently testing the Tangle network and the underlying technology. More than financial backing from banks, it's success depends on the Internet of Things, making these partnerships more logical to the project's cause. Once the development is complete, it will need support from tech giants to test its technology. If it works as intended, a company like Samsung can be crucial to IOTA's future growth.

Moreover, IOTA has also partnered with Taipei's government to provide its citizens with Tangle ID cards, which will enable them to benefit from the network for carrying out microtransactions and other digital interactions where the exchange of information is required.

IOTA doesn't rely on a blockchain to work; that's why there is no mining involved. Instead, it uses a non-sequential distributed ledger, allowing consumers to use the network to validate previous transactions. This doesn't only cut down the need for miners and extensive computing resources but also solves the massive problem of scalability and transaction charges.

Wallets are used to store tokens securely, and they are available in different varieties, including hardware and software wallets. If you want to keep your IOTA coins safe and secure, you can use one of the following wallets:

Is IOTA Worth the Investment?

IOTA has brought that technological shift that cryptocurrency space required to solve the two major problems - high transaction fees and scalability. Its Tangle network is designed to handle validations so that it doesn't need blocks or miners to get the job done. However, on the other hand, the success of the cryptocurrency is very much dependent on the success of the Internet of Things vision, which is an ambitious goal. Whether IOTA becomes successful in achieving that goal or not, time will tell.

In the meantime, you need to take cryptocurrency trading seriously due to unpredictable fluctuations in the price and high volatility of the market in general. Only invest an amount which, if lost, wouldn't affect your financial situation. Learn the basics of crypto trading, keep yourself updated about the latest developments, and always manage your risk by diversifying your investment across different stocks and commodities. Bitcoin’s dominance index has dropped to 61.9%, the lowest level since February even as… 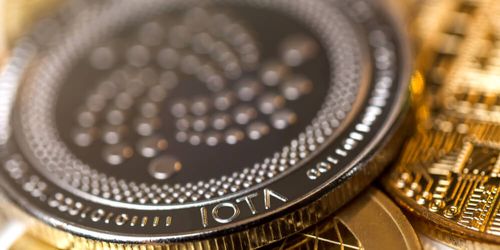 IOTA boss claims Bitcoin and Ethereum are not truly decentralised IOTA bullish despite 10% decline amid Bitcoin’s sell-off: here’s why 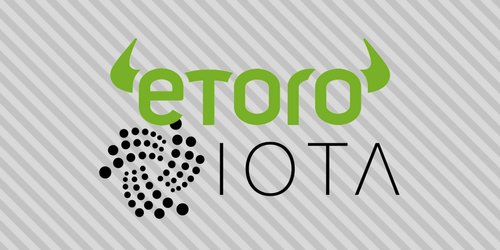 eToro, a global trading and investment platform, has announced the addition of IOTA to… Sirin Labs, the maker of the whopping US$16,000 Solarin Android smartphone is building a…