What Is Monero and How Does It Work?

Monero made it to the cryptocurrency scene by offering what was hitherto an unexplored territory when it was unveiled. The concept of complete anonymity was yet theoretical when it was launched on April 18, 2014. The project is founded on an opaque blockchain that is powered by XMR, which is the ticker of the digital currency.

The project was developed by a team of seven developers, out of which the identities of just three are known - Francisco "ArticMine" Cabañas, David Latapie and Riccardo Spagni, who is the present lead developer. The others are only identified by aliases - Smooth, Binaryfate, Luigi1111 and NoodleDoodle. Though built on open-source technology, it’s selling point is the complete anonymity it offers. Its transactions cannot be traced, thereby shielding holders and exchangers from the eyes of the prying public.

Why Was Monero Invented?

When Monero was developed, the gaping need for complete anonymity was what it sought to resolve, and to a large extent, it has filled that void. At the time that it was launched, there was no digital currency that offered traceless transactions. However, today a couple of other projects are tagging along the path of its revolutionary features.

Monero set out as a currency that will operate independently of controlling forces like the central banks and government regulatory agencies. One of the biggest criticisms of fiat currencies is that the basis for their creation and valuation lacks transparency. Monero derives its value today from marketplace forces of demand and supply as well as other factors in the global economy.

Outside of the aforementioned, it can also be used as follows:

How Does Monero Work and What Technology Is Behind It?

The Monero ecosystem is driven by the Nitrogen Nebula software, which makes it possible for transactions to happen without traceability. Transactions on the network are relayed by the Dandelion++, which propagates m. Every transaction on the network is made possible by a wallet, which is the primary storage method. So, when tokens are sent from one person to another, it only shows up in the individual wallets.

Transactions that are initiated are processed by miners who are responsible for the security and validation of all entries on the network. The protocol in use at present is the Proof of Work (PoW) model, which also underlies the Bitcoin ecosystem. The innovative feature of the PoW mechanism is that it requires mathematical puzzles to be solved before the value is created or transferred.

It is more than just real money. It has a complete ecosystem that accepts XMR as a means of recognition and facilitation of value. So, XMR is real money as it makes it possible to store, exchange, and transfer value. But it is also much more than just that.

At present, it operates like Bitcoin in terms of its use as an alternate payment method outside of fiat. However, with the pace of improvements on the ecosystem, we shouldn’t rule out the possibilities of other uses cropping up in the future.

The average transaction on the network attracts $0.0022. The lower end would result from tiny or microtransactions. However, payments are valued alternately in Bitcoin, and this means that in seasons when the price of the crypto soars, the fees payable might be higher.

Another factor that can impact transaction fees is network congestion, although this is rarely the experience here. One glaring feature of Monero is that prioritization of transactions can lead to higher transaction fees. While this is not forced on the transaction initiator, it is sometimes preferred depending on the urgency required. If there are many transactions in the queue, then those with priority fees will be attended before others.

When buying Monero on crypto marketplaces, the common method is to use debit or credit cards, which attract as high as 7% and a low of 3%. Wire transfers, on the other hand, will attract a low of 0.2% and a high of 0.5%. For users of Bank deposits, you can expect some fixed fees, which will vary, depending on whether this will be in-country or international in nature.

What Are the Benefits of Monero?

Monero has more in common with the Bitcoin blockchain for its use as a payment method primarily. Others include:

Fungibility - One of the leading features of cryptocurrencies is their fungibility. Their units are replaceable and of equal value. 1 XMR is always equal to another, and this is due to the standardized measurement of value that comes with its token design.

Decentralized - It gets all transactions validated using a consensus mechanism, and this makes sure that there is no need for a centralized body like Central Banks to govern it.

Fast Transactions - One other glaring benefit of blockchains is the use of automation. Transactions are verified based on authorization pathways that do not require manual efforts, and this expedites the pace of processing.

Anonymity - It derives its high rating from its premier position as the leading crypto that offers full anonymity. The value of XMR in a wallet cannot be estimated by reviewing the explorer as transaction details are encrypted.

Can Monero Be Used Anonymously?

The obvious answer is yes. However, what is not often stated is the fact that many people use exchanges that are regulated. In that sense, when buying an amount of XMR through these platforms, you can be documented for the transactions you carried out. This is where the traceability ends.

For many cryptocurrencies, their transactions are reported on using the explorer for each platform. For Monero, the explorer does not reveal the actual wallets that are used for transactions. The initiator of the transition, whether a seller or buyer, can also not figure out the other party to the transaction.

So, for each transaction, the blockchain uses a hybrid of the sender’s and receiver’s wallet addresses that cannot be deciphered in the explorer report. What happens to each transaction is such that an ID gets generated in place of the wallet addresses before it is passed on for authorization, which the miners can validate before verification is completed.

It is safe as it uses cryptography in its wallet identification and transaction authentication. However, cybercriminals were able to infiltrate the network last year and they corrupted the command line interface so that people who downloaded codes from the network got exposed to phishing snares. The good thing was that the breach was rectified expeditiously.

In terms of retail users who have no need for code downloads, they were not affected. Again, it is important to note that the breach was not targeted at the blockchain itself, as it will be almost impossible, but at codes that interface with merchants and e-commerce systems.

What Teams Are Working on Monero Development?

The lead developer on the Monero ecosystem today is Riccardo Spagni who worked with an initial team of 7 people to give rise to XMR. However, while not much is known about 5 of the team members as a result of their preference for anonymity, Spagni has remained in the spotlight over the years.

The most recent Nitrogen Nebula Update 0.16.0.0 was completed in Q2 2020. And there were 49 developers on the team to perfect 81,539 fresh coding lines to expedite and secure the ecosystem. The outcome of the update is increased security and lower bandwidth usage. In effect, faster transaction processing times are expected going forward.

Outside of the recognized official team, other efforts like the Lightning Network also needs a mention. While Lightning Network was not specifically created for Monero development, its Proof of Work optimization means that it is also a beneficiary of its research efforts. The leading note in this research effort is that micropayments can be batched and passed off as single entries so that the transaction cost gets substantially reduced, avoiding backlogs in the network.

Which Financial Institutions Are Invested in Monero?

At present, no leading financial institutions are openly involved in the development of the cryptocurrency or its improvement. That said, the growing number of cryptocurrency exchanges and platforms around the globe that supports trading in XMR, provide a huge basis for its continuing usage and viability. As at last count, there were more than 22,000 pathways in crypto trading to explore around the globe.

Monero uses the proof of work algorithm, which requires that miners compete against themselves in trying to resolve a mathematical difficulty by guessing the required solution needed for a new block to be broadcast on the ecosystem. The producer of the accepted solution is rewarded with the specified XMR, which at present stands at 3.41 XMR. The way PoW works is such that it deters a double spend or sneaking into inappropriately mastermind the network without a consensus. The use of completed transaction details as a basis for subsequent transactions means that to gain a fraudulent advantage on the network is highly improbable.

The Monero wallet is designed as the requisite storage for all XMR tokens. They are of different types:

Is Monero Worth the Investment?

Cryptocurrencies are noted for their price volatility and this is not in doubt. However, investment analysts will say that “the higher the risk, the greater the reward.” Many experienced crypto traders will agree that the marketplace is known for its regular highs and lows. The highs provide a good opportunity for those who bought the token at a low price. The lows also give a good outlook as the investor can buy these tokens as the price drops. Either way, the investor seems to have both pathways to possibly benefit. But, as with all investments, there are no guaranteed profits.

Anyone who buys Monero will do well to use the right wallet type for the purpose of security and maybe, to avoid losses. Using a non-compatible wallet will mean sending the tokens to a dead end that might be irrecoverable. While different wallets appeal to different investors, it is always advised to store your tokens outside of an exchange when you are not trading actively. If you are looking for a huge return on your XMR investment, it might be wise for you to explore the market and understand how crypto trading works. IRS to reward anyone who can break Monero with $625k Privacy-focused cryptocurrency has seen huge transaction volumes since the start of 2020. Daily transactions... 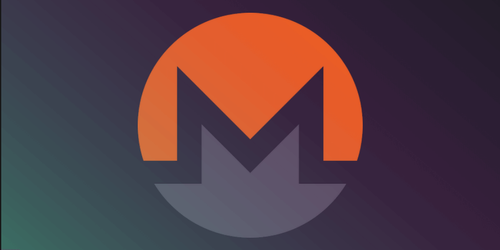 BTC.com engineer and concerned Monero user ‘Lacksfish’ has outlined a troubling bias towards the use... Riccardo “Fluffy Pony” Spagni and a team of industry experts have announced a brand... There have been quite a few privacy-conscious alternatives to Bitcoin released over the past... TumbleBit Part 1: How Does This Bitcoin Privacy Proposal Compare to Monero and Zcash?

TumbleBit is one of the latest developments in the land of Bitcoin privacy proposals,...