Japan Exchange Group (JPX), the Asian financial services corporation that operates Tokyo Stock Exchange and Osaka Securities Exchange, has teamed up with IBM Japan to start testing blockchain technology for clearing and other operations. The testing phase will begin in March, according to a report from Nikkei Asian Review. Mitsubishi UFJ Financial Group is thinking about joining the project as well.

“Blockchain is one of the emerging technologies that is being closely watched by financial communities throughout the world,” Atsushi Santo, Head of New Business Development, Japan Exchange Group said in a statement.

“We plan to explore blockchain fabric to evaluate technical limitations and the potential of blockchain for post-trading service for low volume traffic by fully utilizing IBM global resources including IBM Research, Tokyo.”

Asia’s largest bourse operator, which currently relies on a costly centralized top-down record-keeping to store trading data, will be experimenting with blockchain technology to find a reduced-cost alternative to its existing system. 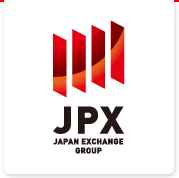 The first phase will consist in testing out the technology on sample securities in an artificial environment to ensure that clearing and other operations are recorded properly. A report of the experiment is expected to be issued this summer.

If the experiment is deemed a success, JPX will consider using the new system for private equities and other low-turnover instruments – as current blockchain technology is likely to lack the processing power to keep up with brisk trading on listed shares.

The news comes at a time when an increasing number of exchanges are starting to test out blockchain technology, aiming to find a more efficient alternative to their existing clearing and settlement systems.

Most recently, the Australian Stock Exchange (ASX) announced it has picked Blythe Masters’ Digital Asset Holdings among 400 other applicants for the contract to help it build a new system for clearing and settling trades in the Australia equity market.

ASX, an investor in Digital Asset, said in late January that it was currently working with the startup to modernize trade settlement and clearing and replace its incumbent system, CHESS.

“We can now trade equities in 150 microseconds, then it takes two days to settle. That makes no sense,” Elmer Funke Kupper, chief executive officer of ASX, told Bloomberg in an interview. “A retail investor in Australia should be able to sell their shares, go to the nearest ATM and get their cash out.”

“The moment we started to think about it, we realized that this is about much more than replacing our back-office systems. This is the first opportunity in 20 years to re-engineer the way the market operates end-to-end. We should not miss that opportunity.”

In December last year, the Nasdaq Stock Exchange successfully made the first private securities transaction using Linq, its blockchain platform. Bob Greifeld, chief executive of Nasdaq, described the event as a “major advance in the global financial sector” and a “seminal moment in the application of blockchain technology.”

Nasdaq Linq platform allows issuers to digitally represent a record of ownership, while significantly reducing settlement time and eliminating the need for paper stock certificates. According to the firm, the platform holds promise for expediting trade settlement for transactions in public markets.