Binance, one of the world’s largest cryptocurrency exchanges, has invested in Malta-based Founders Bank, a company that intends to offer banking services tailored for the needs of tech and cryptocurrency businesses, the company announced on Thursday. 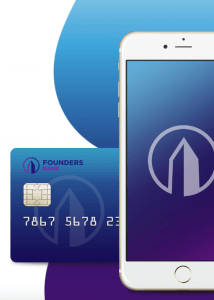 Founders Bank has applied for a banking license in Malta and is currently awaiting regulatory approval. It said that once licensed, it would be the first decentralized and community-owned bank in the world.

Among the banking products and solutions to be provided, Founders Bank will offer banking accounts and credit cards. Users will be able to access their accounts through mobile and desktop web apps. The company said it estimate to launch to be in the first half of 2019.

Founders Bank will conduct an offering through blockchain-based equity fundraising platform Neufund and will be issuing its own legally-binding equity tokens. The equity token offering will be conducted on under German regulation in collaboration with “one of Europe’s major stock exchanges” later this year.

Commenting on his company’s investment into Founders Bank, Changpeng Zhao, founder and CEO of Binance, said:

“We are not only excited to be one of the first investors of this inclusive community for this pioneering initiative, but also look forward to explore the full range of its banking services. We continue to be delighted by the vibrant blockchain opportunities in Malta, and look forward to launching more partnerships in the region.”

The government’s supportive stance towards cryptocurrencies has attracted some of the world’s biggest cryptocurrency companies. Binance, Neufund and BitBay are amongst the many startups in the space that chose to relocate to the EU member state.

Silvio Schembri, Junior Minister for Financial Services, Digital Economy and Innovation within the Office of the Prime Minister of Malta, welcomed Founders Bank “with the utmost excitement and hope that their fintech solutions will attract even more world-class companies to our #BlockchainIsland.”

“We are honored to be chosen as the location of the first global community-owned bank that cares so deeply about transparency and regulation,” Schembri said.

The supervisory board and management of Founders Bank include entrepreneurs, bankers and industry experts including Dr Abdalla Kablan, Martin Bruncko, André Eggert, Pavel Bodark, Sonal Kadchha, Paula Pandolfino and Jonathon Gowen. Michael Bianchi serves as chairman of the board.

[CORRECTED July 18, 12:18 GMT: An earlier version of this story erroneously stated that Michael Bianchi, a director at Deloitte Malta, was appointed chairman of the Founders Bank’s board.

Where to buy Huobi Token: HT rallies 15% despite China crackdown