For those not familiar with American Football, or the St Petersburg Bowl, the official website of the event describes it as “ a postseason college football game matching up the Atlantic Coast Conference against the American Athlete Conference”. What made it different this year was BitPay, a Bitcoin payment processor that sponsored the whole event, taking over the sponsorship from the Beef O Brady’s chain of restaurants. BitPay favoured naming the event “The Bitcoin Bowl” rather than purely self promoting themselves with CEO, Tony Gallippi announcing the companies motives in June.

[blockquote]Our goal is to continue to move bitcoin into the mainstream and sponsoring the St. Petersburg Bowl offers us that opportunity,” said Tony Gallippi, Executive Chairman for BitPay. “College football fans and the bitcoin community represent a similar target demographic – tech-savvy men between the ages of 18 and 40[/blockquote]

According to the Nielsen Data, a leading provider of audience measurement information, the St. Petersburg Bowl received over 3.3 million viewers, and 1 million of them were in the particularly important 18-48 demographic.

With the St. Petersburg Bowl being broadcast on ESPN, the Bitpay advertisements shown were the most widespread, with BitPays CEO and Bitpays Chairman delivering a message in the ads. BitPay highlighted the main reasons why merchants should accept Bitcoin, such as zero fees and no volatility risk with the ability to immediately convert to fiat. They are all now available to view on Bitpay’s Youtube channel

Mainstream exposure was further cemented via social media with a host of authoritative Bitcoin users providing users with Bitcoin to experiment and make purchases with via Changetip. The service experienced a massive surge of users as ChangeTip trended on Twitter with Warner Bros and Andreas Antonopoulos amongst others tipping those that used the then trending #BitcoinBowl.

As you can see from the screenshot of the data displayed over at http://changetip-stats.appspot.com, the next couple of hours following the broadcast of the Bitcoin Bowl number of new users skyrocketed, hitting a peak of 114 new users. Note that these numbers are of users using ChangeTip, and not amount of people that have received Bitcoin and therefore been introduced to the Bitcoin ecosystem.

Price reacted similarly to data shown by change tip, with the “calm before the storm” that correlates with the time before and during the broadcast of the Bitcoin Bowl with things essentially staying the same. After the Bitcoin Bowl, there was a surge of both price and users, with then a sharp taper on both as well. Yet the extra exposure, even temporary, was good and is just another a strong sign that Bitcoin is inching its way towards the mainstream audience.

While price isn’t the only factor that should be taken into consideration, for newcomers it’s often the 1st metric viewed, and while the price remains low at the moment, Bitcoin has appreciated in essentially every other factor. Wallets, people searching for Bitcoin on search engines, hash rate, transactions, all factors that should have more weight in gaging the health of Bitcoin besides price. Bitcoin Bowl and other publicity events will become more and more occurring, as time passes by. Bitcoin Bowl was an excellent way to end 2014, heres hoping we see more positive mainstream exposure in 2015! 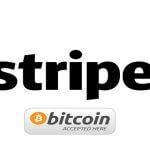