In comments made to investors at Pantera Capital, the blockchain hedge fund, CEO Dan Morehead has predicted Bitcoin could rally above $500,000 post-halving.

Morehead made the claim in an April 30 letter, citing the benchmark cryptocurrency’s historical performance after its last halving.

The Pantera CEO told investors that Bitcoin has a 50-50 chance of rallying to new all-time highs after the halving. According to him, if the cryptocurrency hits the upside and begins to go up, it could be “big.”

His bold prediction took into account Bitcoin’s performances before and after past halvings. He factored in Bitcoin’s historical bottoming pre-halving and then the price boom that has usually followed.

“Bitcoin has historically bottomed 459 days before the halving, climbed leading into it, and then exploded to the upside afterwards.”

But that’s not all. Bitcoin’s rallies have also historically averaged at 446 days, and according to Morehead:

Why Bitcoin’s pre-halving rally is more likely than not

Bitcoin has failed to hit a massive upside in the days leading up to the halving event. However, the crypto traded just above $6000 at the beginning of April, and it’s likely to blast past $10,000 before May 12.

After touching $9,500 last week, bulls had to battle to hold $9k before selling pressure took its toll and prices dipped to $8,500 on Monday. The bulls appear to be taking control, as Bitcoin’s price to the dollar has surged in the past 24 hours to break above $9,000 once again.

Bitcoin exchanged hands at 5% higher on its 24-hour opening price as crypto markets rebounded in early morning trades. BTC, ETH, and XRP have all made some gains to test key resistance levels.

Bitcoin looks set to continue to the upside as market indicators begin to show bullish signs. A key signal, the Moving Average Convergence Divergence (MACD), which tracks changes in an asset’s “strength, direction and momentum” just turned green for Bitcoin. The most recent bullish signal from this indicator saw BTC prices surge from around $8,000 to $10,000.

Can Bitcoin make a late surge for a new high as the halving approaches? Investors should watch the price action around the $9,000- $9,500 level, as this could indicate which direction to the market will travel. 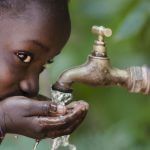 Previous
Paxful Creates a Bitcoin-Based Donation Fund to Help African Charities During the COVID-19 World Crisis.
Next
Telegram orders US investors to sell back their TON tokens immediately 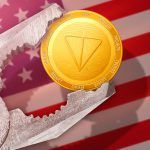