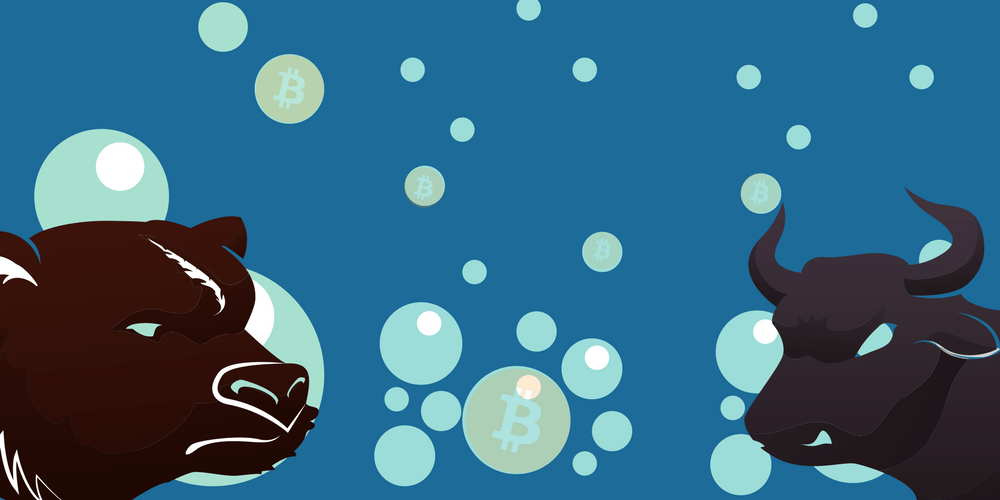 Bitcoin has had a difficult start to the year, and according to strategists at Morgan Stanley, the cryptocurrency’s price chart looks similar to the fall of Nasdaq. The only difference, though, is that bitcoin is moving 15 times faster.

In mid-December, bitcoin enjoyed a high of over $19,000; however, in early February its price had dropped to a low of just over $6,000, representing a 70 percent decline in value. Due to bitcoin’s volatility and speculative nature, it’s reminding the investment bank of how Nasdaq traded during the lead-up to and the aftermath of 2000 during its heyday.

In a report from Bloomberg, the Nasdaq Composite Index rose 278 percent in 519 days leading up to its high in March 2000. This is compared to bitcoin, which increased 248 percent in just 35 days, bringing it to its all-time high of $19,511 in December, according to the report from Morgan Stanley.

Since bitcoin recorded its peak value in December there have been price drops between 45 percent and 50 percent during three waves of weakness, the report adds. Similarly, from 2000, Nasdaq saw five price drops, with an average of 44 percent. Strategists have found comparable values for price rises as well. During bitcoin’s two rallies the currency saw an average of 43 percent, whereas, Nasdaq experienced an average of 40 percent.

The report added that during each of bitcoin’s decline in value there has been a rise in trading volumes. However, according to Sheena Shah, Morgan Stanley strategist, ‘rising trade volumes are thus not an indication of more investor activity but instead a rush to get out.’

After dropping to a low of $278 billion over the weekend, the market capitalisation of the entire cryptocurrency market looks as though it’s making some positive headway. At the time of publishing, it’s valued at just shy of $327 billion. It still has a long way to reaching the $472 billion it attained at the beginning of March or even the record-breaking $831 billion at the start of 2018.

According to Morgan Stanley, the previous bitcoin bear markets have lasted, on average, five months, with price declines ranging from 28 percent to 92 percent, reports Bloomberg. Notably, though, the last price drop of 70 percent for the cryptocurrency was ‘nothing out of the ordinary’ for it. Shah wrote, however, that ‘the small number of historical examples and variability of each of the bear markets make it difficult to assume that the current bear market may take the same time period.’

Yet, amid increasing regulatory pressure and a crackdown from some authorities it remains to be seen how long the market will remain as it is.

Rebecca Campbell is a freelance bitcoin and blockchain journalist based in England. She has a keen interest in the digital currency market and the use cases that the blockchain is being used in and is excited to see the disruptive changes that the technology is delivering in our day-to-day lives.