The bitcoin price has surpassed the US$1,000 mark, hitting its highest level since 2013.

The price of the digital currency has been in a rally mode since mid-October 2016, rising by over 60% since October 15. With a market capitalization of US$16.9 billion, bitcoin is now trading at around 1,050 USD/BTC, a price last seen in November 2013. At the time of writing, bitcoin is up 140% year-to-date, outperforming all other assets – two years in a row. 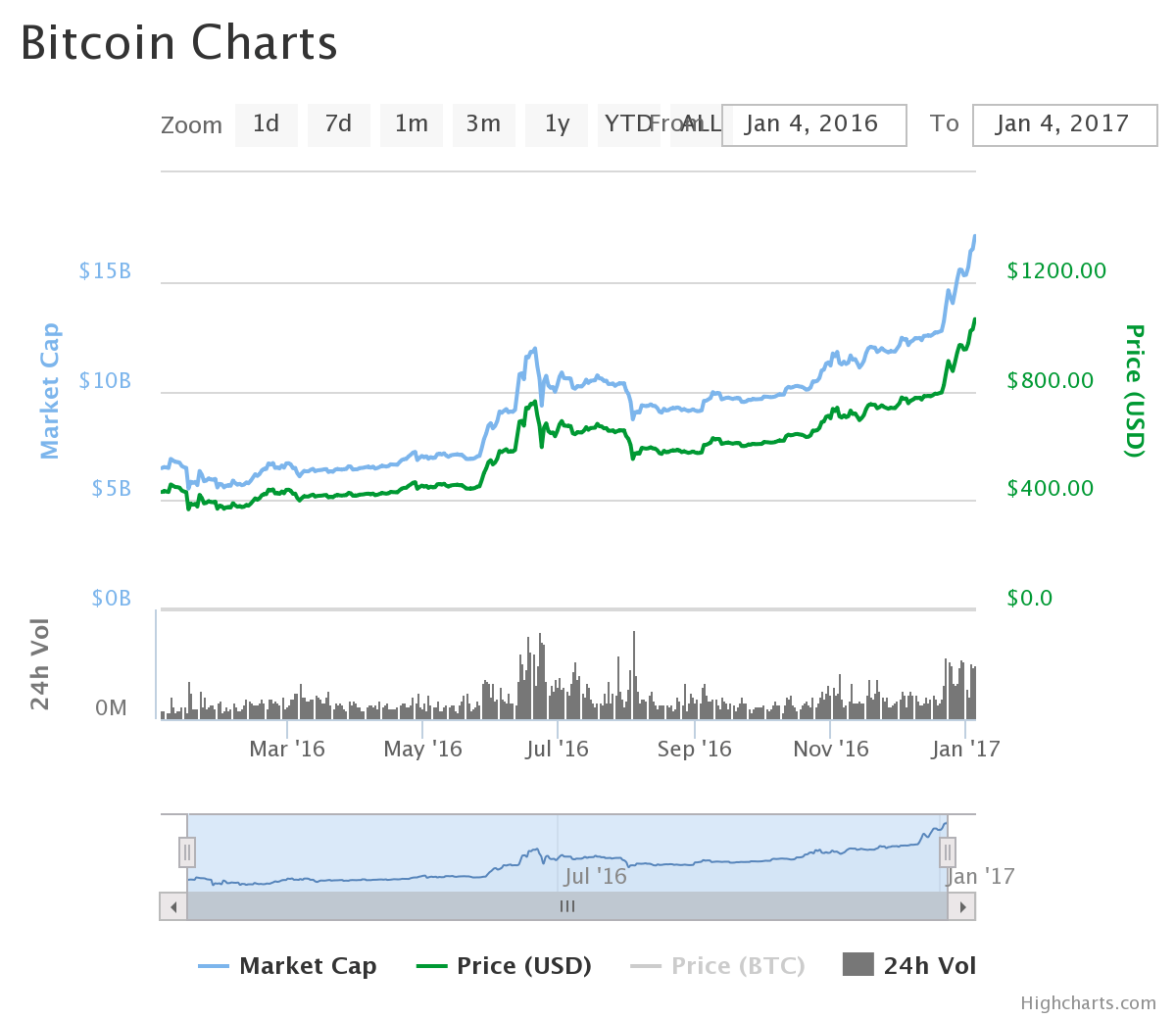 The trend has been driven by a number of factors including the strict capital controls in some countries like China, as well as the devaluation of the yuan.

Chinese investors have been buying up bitcoins, which they perceive as a refuge from the weakening yuan. The yuan has lost 6.6% against the greenback in 2016, the biggest annual drop since 1994, according to the South China Morning Post.

India’s demonetization move as well has affected the price of bitcoin. The demand surge for the digital currency following the country’s abolition of large rupee notes has been observed by all major local bitcoin exchanges. Zebpay saw its monthly trade volume increase by 25% in November and added 50,000 new users during that same month.

In Venezuela as well, locals have turned to bitcoin to escape the spiral of devaluation of the bolivar, which has been in freefall this year, sinking by over 70% to about 3,100 per dollar.

Bitcoin users in Venezuela see it as a safe alternative in an economy where the government has enforced strict foreign exchange control, and where inflation is running at an estimated 500%.

Trading volumes on over-the-counter bitcoin trading platform LocalBitcoins have spiked in Venezuela to as high as 376 bitcoins in during the week of October 15, 2016. 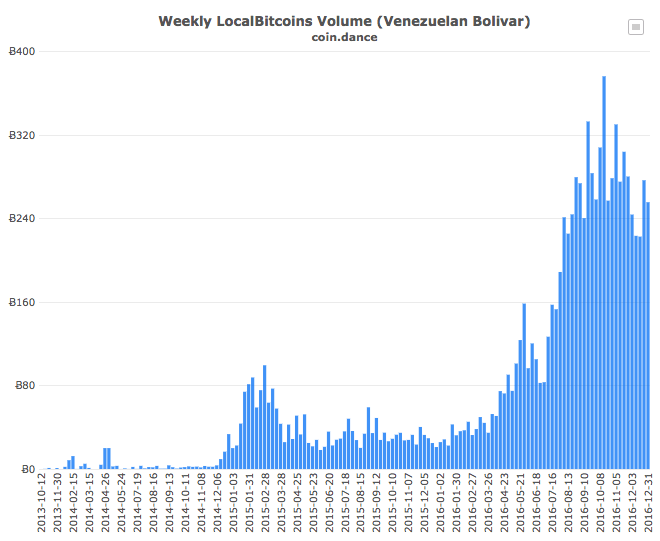 Several other events have also had a notable impact on the price of bitcoin. For example, in November, the win of US president-elect Donald Trump sparked a sharp increase in the value of bitcoin, which rose by 5% in the following 24 hours. According to Denmark-based Saxo Bank, the bitcoin price could further ramp up by 165% over the course of 2017 due to Trump’s “spending binge.”

“Bitcoin as the face of cryptocurrencies benefits from this chaos. Emerging market powers eager to move away from being tied to the monetary policy of the US and the banking system as well as to adopt the blockchain as a payment system prove willing adherents as they adjust to zero interest rates and the decrease in systematic risk.”

Another key event this year was the Bitcoin block reward halving, which saw the number the amount of bitcoins rewarded to miners for each block cut in half.

In July, the block reward was decreased for the second time in Bitcoin’s history, resulting in a new reward of 12.5 bitcoins per mined block.

The next block reward halving is expected to occur in July 2020.