When some of us consider Bitcoin, we think of resilience. Let’s be honest – much has transpired in our world since Bitcoin was first established in 2008. Further, Blockchain technology exhibits top notch qualities in the areas of security, transparency, and reliability, especially in light of global political and economic uncertainties. Regardless of where you live, there are no perfect leaders, no perfect political parties and certainly no perfect financial institutions. Even with the emergence of and competition from a variety of alternative currencies, Bitcoin still has proven to be a strong asset despite all the global happenings in the past almost eight years. When it seems that there are leaders who are above the law or unrest related to countries separating from international entities, Bitcoin stands strong as a killer app.

Let’s take a look at some of the more recent global upsets (for the better or worse), how Satoshi’s innovation fared, and what stands out about Bitcoin in contrast to these international events. We will take you to South America, Europe, the Middle East and finally end up in the United States.

A South American country that frequently comes to mind when one hears “inflation” would certainly be Argentina. Up until 2015 “capital controls” was another phrase frustratingly associated with the Argentinian economic system. However, enter Bitcoin onto the scene. In December of 2013, I had the privilege of speaking at the first Latin American Bitcoin Conference in Buenos Aires, Argentina. It was very clear that Argentinians were looking for a way to save and store funds outside of the inflating Argentinian peso but due to capital controls had to find alternatives other than the US Dollar. Bitcoin became a quick option that Argentinians could not only hold onto for some semblance of value but additionally spend. Fast forward to December of 2015 when President Mauricio Macri lifted capital controls, but there remain pain points with traditional payment methods. Just recently, when the Argentinian taxi union was suing Uber, popular driving service, for operating without a permit or tax identification number, Bitcoin served as a killer app and solution. Uber drivers in Argentina now predominantly accept payment in Bitcoin via the Xapo card. Will Uber embrace the Bitcoin option in other countries with similar roadblocks? Most likely. 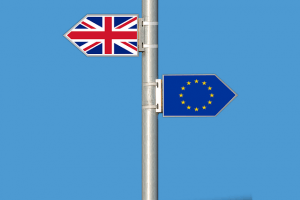 Let’s jump across the pond to Europe where the recent buzz has been around Brexit. What is Brexit and what does it have to do with Bitcoin? On Thursday, June 23, 2016, the United Kingdom’s voting citizens voted in favor of an exit from the European Union. However, the vote was close – approximately 52% to 48%. Voter turnout was the highest since the 1992 general election. With a rather close vote and the decision to leave the European Union, markets plummeted internationally and are slowly recovering. With numerous protests in the UK and member countries of the UK wanting to stay apart of the European Union, there is even talk of a second referendum. Enter Bitcoin again which stands independent of one specific government. With much market insecurity, Bitcoin continues to serve as a safe haven for those concerned in light of a major geo political shift. The price of Bitcoin increased leading up to and following Brexit. Most importantly, Bitcoin continued on as a protocol despite Brexit with halving taking place just a few weeks later. Does Bitcoin operate fully outside of social, political and economic constructs? To a certain extent, yes. Is Bitcoin impacted by international turmoil? Sometimes for the better.

Let’s head to the Middle East, where a day doesn’t go by without a news story over tragic loss of life, terror attacks and threats to neighboring nations. On June 28th global travelers were shaken by the terror attack at Ataturk Airport in Istanbul. Conflict in Israel and the Palestinian territories is ongoing and we cannot forget about the atrocities committed by ISIS. Yet, Bitcoin can be accessed with internet connection in each of these regions. In fact, blockchain technology might even provide a solution for keeping track of refugees from war-torn countries, serve as an avenue for the financially excluded to have access to capital, and a route around corruption in foreign aid. With fears of a further weakening of the Middle East and a UK less European Union, Bitcoin serves as a financial alliance between individuals on a global scale outside of current events. Whether it is for an easier international transfer to of funds or a mutual appreciation for decentralized solutions, individuals can globally get behind blockchain technology.

The United States Of America

Last but not least, let’s take a look at what has transpired in the United States in the past few weeks. As the presidential election of November 2016 nears, globally more than ever, individuals are uncertain of the outcome. With the US having a hand in countries around the globe, the two contenders, Donald Trump and Hillary Clinton, will most likely have a very different way of handling foreign policy and international economic relations. Both candidates come with a fair deal of baggage, Mr. Trump not being the best with his words and threatening a wall around Mexico. Secretary Clinton, having trouble understanding how to secure emails, well, rather… putting classified information on her personal server and then deleting thousands of emails to protect her back. Clearly, the “lesser of two evils” is on the mind of most Americans as they head to the voting booths. How would Bitcoin shine with a Trump Presidency? Trump may have more isolationist policies, however, Bitcoin is fully borderless. Trump also may have a more aggressive approach to foreign policy, but Bitcoin remains a point of unity between international communities. How about a Clinton Presidency? Clinton’s policies lean more towards expanding the role and size of government. Bitcoin is an exit strategy and an option for individuals to take further control of their finances and keep funds outside of the hands of government officials. Perhaps on a more serious note, Clinton violated standards for holding a security clearance and got off free while the likes of Snowden are still in exile or worse, locked up. Once again, enter Bitcoin, an opportunity to protect yourself financially from both extremes. Let’s hope for less turmoil as we close out 2016, but individuals still have the option of investing in, using and encouraging others to get involved in Bitcoin.