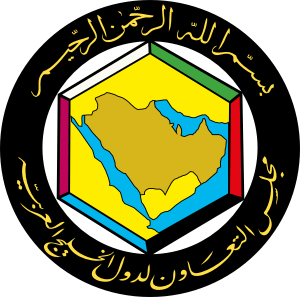 The report comes at a time when the Gulf Cooperation Council (GCC) countries are looking to build a number of smart cities throughout the region. The smart cities initiative was announced earlier this year and is part of the framework of the regional structural plan. In November, the Dubai Municipality will be hosting the 3rd Annual Arab Future Cities Summit 2016, a two-day event dedicated to discussing emerging technologies and Dubai’s own smart city project.

In this regard, Booz Allen Hamilton believes that blockchain technology is “integral to supporting and realizing a digital economy in the Middle East.” The firm argues that blockchain has the potential to help regional governments extract tangible value from vast amounts of data that can be used to meet changing consumer demands at minimal additional costs.

The global digital services market is expected to reach US$1.2 trillion in 2018 from US$768 billion in 2013, an opportunity that the region cannot afford missing out on. Digitization is forecast to boost GDP by US$5.5 billion in Dubai alone over the same period, the firm claims.

“Economies in the Middle East and North Africa (MENA) region are undergoing a period of rapid change as governments diversify away from petroleum-based assets and explore newer sources of revenue with smart technology at the core,” said Ramez Shehadi, Executive Vice President and Managing Director of Booz Allen Hamilton MENA and co-author of the report.

“But, with opportunities come challenges. As Smart Cities rise up to support national agendas, governments need to be prepared for threats ranging from hacktivism to cybercrime, and this is exactly where blockchain can help them achieve their digital economy goals while ensuring maximum network security.”

Blockchain technology can be applied to varied industries ranging from healthcare to automotive and finance. This includes its use to prevent cybercrime notably by shoring up security and mitigating risks associated with digital certificates and certification authorities.

“In the push to turn data to currency and maximize its value, blockchain technology is indispensable,” said Dr. Mahir Nayfeh, Senior Vice-President at Booz Allen Hamilton MENA and co-author of the report.

“Blockchain can help remove the security concerns often raised by organizations to justify their unwillingness to reveal information, while encouraging the adoption of data-sharing incentives and fostering a community-based ecosystem that can determine the value of data over time.”

In healthcare, blockchain technology can help prevent data breaches by enabling trustworthy, multi-signature and cryptography functions. Patient records can be created, shared and accessed by multiple parties without compromising data integrity or security.

Blockchain can also be useful in insurance and billing, allowing for patients, insurance companies and hospitals to manage payments through a single platform.

In finance, blockchain technology is disrupting the sector by offering a direct, efficient and secure transaction environment for the exchange of financial instruments. The technology can help GCC governments boost security in the financial system by securing and facilitating transactions in the Islamic capital market.

Finally, blockchains can help simplifying business processes such as registration, securing funding and patenting ideas. Individuals can choose to make their data accessible to a number of pre-approved entities involved in a network, while enabling data to be updated in real time.

In February, the Dubai Museum of the Future Foundation launched the Global Blockchain Council, a coalition of 32 government entities, leading United Arab Emirates’ banks, international companies and blockchain firms, aimed at promoting blockchain and digital currencies, as well as exploring and trialing solutions based on these technologies.