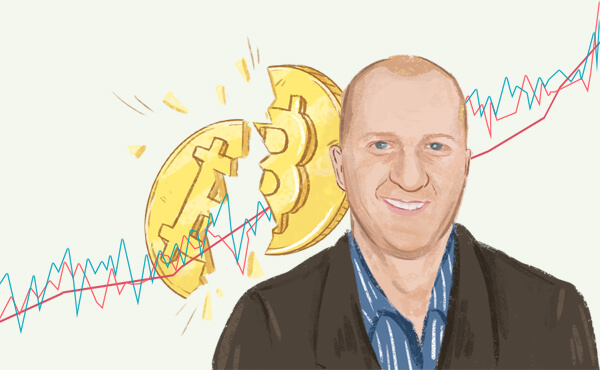 In his recent review of Nathaniel Popper’s Digital Gold, bitcoin researcher Tim Swanson collected a bit more evidence that the 2013 rise in the bitcoin price was not due to the block reward halving from late-2012. Contrary to what seems to be common belief, the bitcoin price rise from 2013 was likely due to bullish speculators who saw value in the new digital commodity. In his book on the history of bitcoin, Popper pointed out a few different early speculators who decided to buy up large amounts of this new asset before news of the financial phenomenon hit the mainstream press.

Roger Ver as one of the first big buyers

As Popper points out, Roger Ver was one of the first big bitcoin purchasers in 2011, and his advocacy for the digital asset was the basis for his nickname, “Bitcoin Jesus.” Popper notes that Ver sent a $25,000 wire transfer to Mt. Gox while it was still owned and operated by Jed McCaleb. He continues in Digital Gold:

”Over the next three days, Roger’s purchases dominated the markets and helped push the price of a single coin up nearly 75 percent, from $1.89 to $3.30.”

Later in the book, Popper goes on to write:

”Roger alone bought tens of thousands of coins in 2011, when the price was falling, single-handedly helping to keep the price above zero (and establishing the foundation for a future fortune).”

While Ver is a prime example of a single actor having a huge impact on the relatively small bitcoin market, his activity took place long before the late-2012 block reward halving. The Winklevoss Twins aimed to own 1 percent of all bitcoins in existence starting in early 2013, and they were having BitInstant’s Charlie Shrem purchase the coins for them. Popper explains that the early 2013 rise from $13 to $18 at the beginning of 2013 was at least partially due to the Winklevoss Twins.

In addition to the Winklevii, individuals from Fortress Investment Group were also buying up bitcoins around this time. As Popper noted:

”Together, these purchases helped maintain the sharp upward trajectory of Bitcoin’s price, which rose 70 percent in February after the 50 percent jump in January. On the evening of February 27 the price finally edged above the long-standing record of $32 that had been set in the hysterical days before the June 2011 crash at Mt. Gox.”

Shortly after the Winklevoss Twins and individuals from Fortress Investment Group entered the bitcoin space, a private retreat involving some rather wealthy individuals took place in Tucson, Arizona. As Tim Swanson explains in his original review of Popper’s book, it was at this retreat that bitcoin entrepreneur and advocate Wences Casares was able to explain bitcoin to Marc Andreessen, Chris Dixon, Dick Costolo, David Marcus, and many others. Business Insider Founder and CEO Henry Blodget, who also attended the retreat, wrote a vague piece about the event in his own online news outlet. Popper points out the price movement of bitcoin during the retreat in his book:

”On Monday, the first full day of the conference, the price of Bitcoin jumped by more than two dollars, to $36, and on Tuesday it rose by more than four dollars — its sharpest rise in months — to over $40.”

Popper continued later in the book:

”They helped push the price to over $90 in the last week of March. At that price, the value of all existing coins, what was referred to as the market capitalization, was nearing $1 billion.”

In the conclusion of this part of his Digital Gold review, Swanson contends:

”At least a dozen or so high-net-worth individuals collectively bought tens of millions of dollars worth of bitcoin. The demand of which resulted in a rapid increase in market prices. This had nothing to do with the block reward halving, just a coincidence.”

Swanson also wrote a post about this topic late last year, so this isn’t a new theory for him. The simplest answer is often the correct answer, so perhaps the bitcoin boom over the course of 2013 was due to the increase in demand for this new, scarce asset.