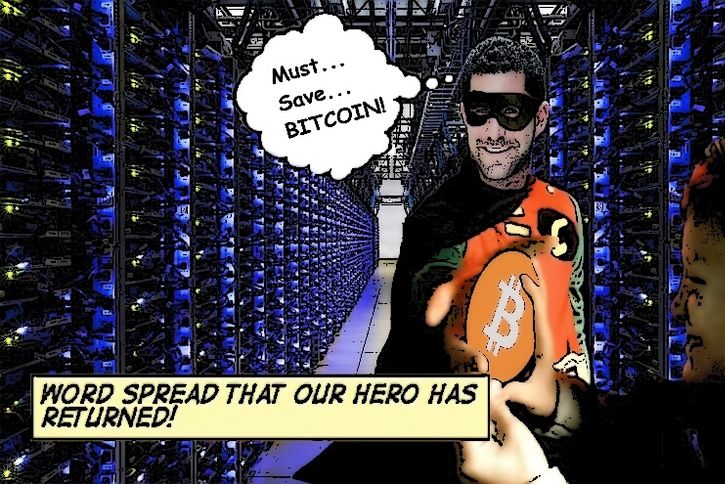 “Guess who’s back, back again.”

Charlie Shrem, former CEO of BitInstant and one of the founders of the Bitcoin Foundation, announced that he is free from prison. Charlie Shrem remains on supervised release and cannot give press interviews. In a blog post titled “Onward” Shrem seemed to be in good spirits.

“Currently I’m home in southern Pennsylvania where Courtney and I have relocated temporarily. We will spend the summer months enjoying the outdoors, good food, family, friends and the small things that I missed while I was away, and at the same time transition back into normal life. I’m grateful for the opportunity to be back home.”

Charlie Shrem remains a prominent figure in bitcoin despite his arrest. The government accused Shrem of laundering money for Robert M. Faiella aka “BTCKing.” Faiella sold bitcoin to Silkroad users for use on the site. Prosecutors originally charged Shrem and Faiella with two counts of Operating an Unlicensed Money Transmitting Business and one count of Money Laundering Conspiracy. Shrem eventually plead out to one count of Operating an Unlicensed Money Transmitting Business. Judge Jed S Rakoff sentenced Shrem to 24 months in federal prison and three years supervised release.

During sentencing, Shrem’s lawyer Marc A. Agnifilo argued for a lessened sentence or simply probation, reminding the judge that Shrem was only 22 years old when he committed the crime and just 21 when he started BitInstant. Agnifilo also argued that Faiella was selling bitcoin to users, not sellers. Therefore, Shrem laundered money for drug buyers, not the drug dealers money laundering laws are usually aimed to stymie.

“The crime he committed is so much a product of youthful bad, bad, bad judgment, and not appreciating the  important role he had, not realizing that he had to grow up faster than he did because it was no longer about just sitting at a computer and writing computer code and dreaming of things that could make the world better. He had real responsibilities. He had tangible responsibilities and he had  to live up to them, and he didn’t appreciate it enough. And when he had the chance to stop Faiella, he should have. There’s no question, and he didn’t because it just was the mistake of a lifetime. But that’s not him and that’s why I think the aberrational part is the key. He’s not looking to break the law. He’s looking to do this the right way. He’s sort of hitched his spiritual wagon to bitcoin.”

Judge Rakoff had some sympathy towards the argument. But he also agreed with the prosecution that probation or forfeiture would not be enough of a deterrent for future individuals and companies.

“[Shrem] is immature, immature and impulsive, but not to the point that can be excused. This was not some kid making a one-time mistake, some act truly aberrational, taken in a moment of impulsivity or just plain stupid. There’s no question that Mr. Shrem, over a period of many months, was knowingly, willfully and to some extent excitedly, even passionately, involved in activity that he knew that, in part, was a serious violation of the law and that was promoting the evil business of trafficking in drugs.”

The court briefly discussed  the terms of Charlie Shrem’s probation. They stated that Shrem would have to report to a probation office and submit to a drug test. Shrem will also be required to refrain from committing any serious crimes during his probationary period. The court did not mention a restriction on media relations or running a bitcoin company. The probation office may have imposed those restrictions itself.

Federal guidelines suggested that Shrem serve at least 57 months. Judges are not required to follow guidelines related to the particular charge Shrem was facing. Judge Rakoff called the guidelines “ridiculous.”

Since Charlie Shrem is unable to provide a quote himself, we leave you on a quote from his comments to the court.

“Bitcoin is what I love and all I have. It’s my whole life. It’s what I’m on this earth to do, is to help the world see a financial system that does not discriminate and provide for corruption, and I think that bitcoin will do to money what e-mail did to the postal service. It allowed everyone to be equal. People in Africa, the Middle East, Asia, will have the same opportunities now with bitcoin, and because of this now, because you can move money instantly and information on a peer-to-peer system. And I think that’s really important. And if your Honor grants me that, I’d love to be back out there helping the world and making sure people don’t do stupid things like I did. “ 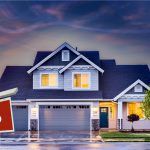 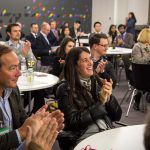