Home › Latest News › Crypto Support Teams Are Overlooked, But They Are Helping to Drive Mass Adoption 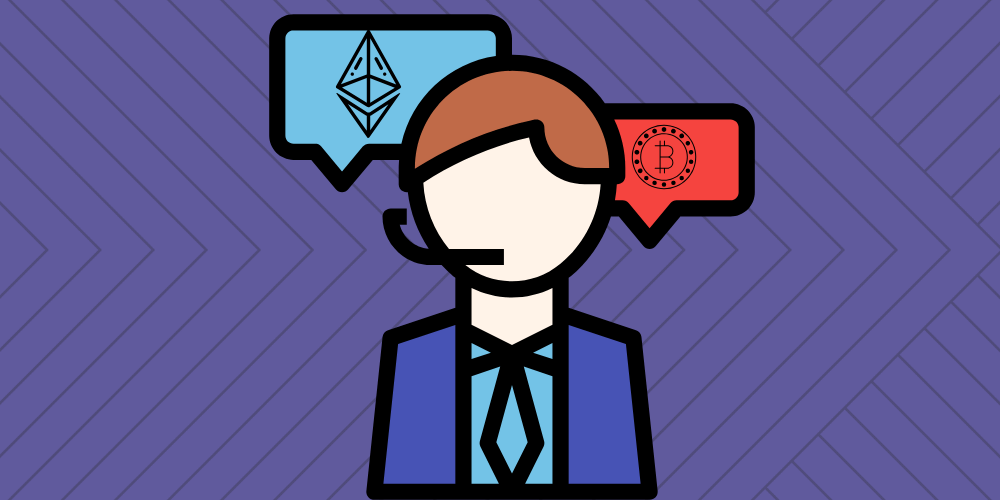 Crypto Support Teams Are Overlooked, But They Are Helping to Drive Mass Adoption

When you think of the cryptocurrency market you may not necessarily think about the crypto support teams that are often the first point of contact for new users seeking help. Yet, it is these overlooked people that are helping to drive mass cryptocurrency adoption.

Speaking to CoinJournal they explained how they first got involved in crypto and what it means to be one of the most important yet undervalued educators in the space.

“I first met Kosala, the founder of MEW, late last year,” explained Woodridge. “I heard a bit about what MEW was, but didn’t understand anything about cryptocurrency or blockchain technologies at the time.”

Coming from a customer service and mathematics background Woodridge went on to say that his first two days at the MEW office were spent reading every single article on the wallet’s help page. Even though he said it took him a while it opened his eyes as to what MEW was and what the blockchain is useful for.

For him, the most difficult issue is trying to portray MEW as an interface void of information to new users, instead of an exchange or a bank.

“Most of our financial lives, we use banking institutions that hold our information,” he added. “We feel secure with it, knowing that our funds are being held by people, or that if we forget our password they’ll simply give us a new one.”

As a result, the new users who join MEW think the wallet has the same functions. Yet, in Woodridge’s opinion, the only way to truly have freedom of funds is to own your own information with no one else involved. With MEW, it doesn’t know passwords and doesn’t keep users’ funds.

“If that bank closes, what will happen to your money?” he said. “If MEW closes, the only thing that will change is where you access your funds. They’ll still be on the blockchain, safe and sound.”

Woodridge explained one case that he was working on for a week with a customer who kept saying they must have been hacked. After going through various suggestions, it turned out their funds were on another address in their hardware wallet.

The biggest eye-opener for Omerovic, who started working for Bity last June, is the fact that users tend to rely a lot on support teams for their actions in the crypto world. However, cryptocurrencies have been created with the aim of putting control back into the hands of the final user.

“Generally speaking, knowledge about the crypto world is hard to decipher because these technologies and the “industry” are still young and evolving at a very fast pace,” Omerovic added. “And this is what you find hardest to understand – that everything is not in the same bucket.”

He goes on to add that in this space there are many entities, roles, communities, technologies, utilities, blockchains, initial coin offerings (ICOs), forks, and other jargon that is often thrown into the mix. While users may not necessarily fully understand these things, this is usually the best way to learn “by experiencing, trying, succeeding, and failing.”

“This granularity and its implications is hard to master, but as with all disruptive technologies that are brought to the masses, the learning curve is created and developed by early adopters who make it easier for new followers to join,” he said.

“We get angry users every now and then who have lost money and naturally seek someone to blame, which can end up being us,” he said.

“People often miss, or rather don’t understand the most important technicalities linked to cryptocurrencies and thus assume that our services have all the answers to all their questions, which is not the case,” added Omerovic.

As with new crypto users, for crypto support teams it is a continual learning curve with each passing day. As Woodridge says, the industry is still young and new; however, there are people in it who think they know what they’re doing, but end up “playing with fire.”

Over time, the common knowledge of users will grow, which will see basic questions disappearing, said Omerovic. This will enable crypto support teams to focus more on providing personalised and efficient support, in addition to developing new services for users knowing that they are familiar with the current tools available.

With time and patience, the skills and knowledge that users have will be empowering to them. This, in turn, will help to drive mass crypto adoption.