The long-awaited initial public offering (IPO) prospectus of the company was published, so far in a draft form, and requiring further listing hearings from the HKEX. It is still uncertain how much the mining giant will be valued at, although its recent funding round in June did value the company at US$12 billion. Many details remain unclear, as for example, the number of shares to be offered and the timetable for the public offering.

Nevertheless, the prospectus sheds some light on Bitmain’s financial standing and structure, revealing that the firm made a profit of US$742 million for the first six months of 2018, a nine-fold increase from a year earlier. 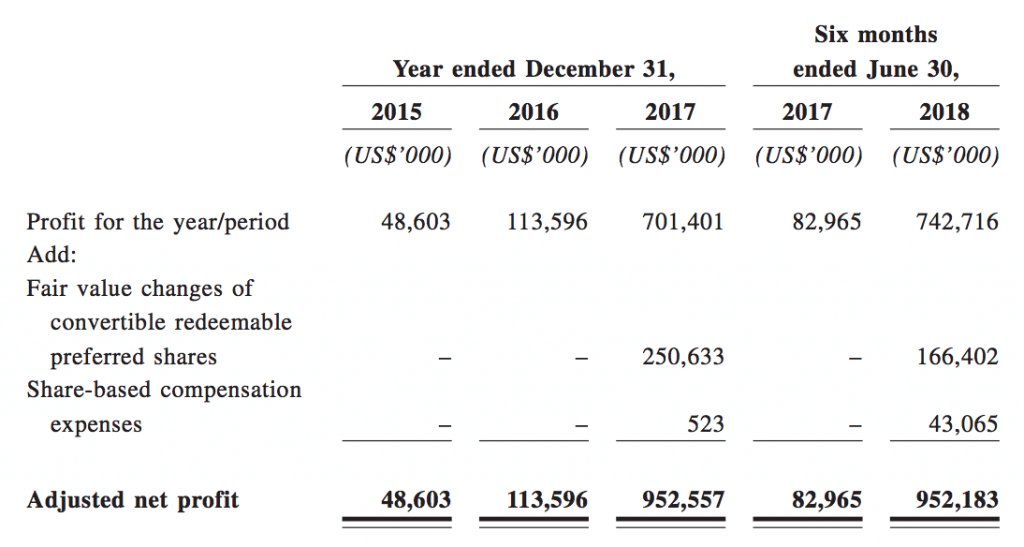 Revenue grew tenfold in the same period to US$2.8 billion as of the end of June. The largest portion of the Bitmain’s revenue came from selling hardware for cryptocurrency mining, but the company also runs some of the world’s largest mining pools and mining farms. 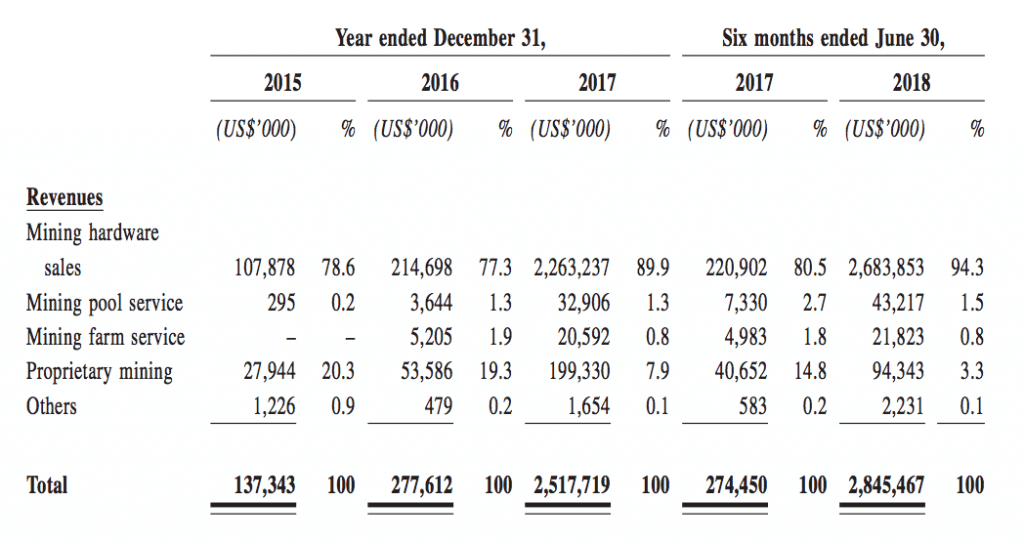 According to the filing, as of the end of June, Bitmain had more than 80,000 customers, and held US$886.9 million in cryptocurrencies, including bitcoin, bitcoin cash, ether, litecoin and dash, representing 28% of its total assets. The disclosure also unveiled a group of more than 40 investors that include Sequoia Capital China, Sinovation Ventures, and IDG Capital.

Bitmain said it will use the proceeds of the IPO to invest in research and development in chip design, advance its presence in the blockchain industry, and continue to invest in artificial intelligence (AI). The company also plans to launch overseas mining operations, notably in the US and Canada.

Wu has said he wanted Bitmain to branch out into non-cryptocurrency fields including AI where ASICs also play an important role. In an interview earlier this year, he estimated that as much as 40% of Bitmain’s revenue will come from AI chips within five years but skeptics have said a successful push into AI was far from certain.

Bitmain is the largest Chinese cryptocurrency mining hardware manufacturer looking to float in Hong Kong, and the third to apply. It had 85% share of the cryptocurrency mining rig market in 2017, according to a Sanford C. Bernstein & Co. research. Canaan Inc, which had 10% of the market, and smaller competitor Ebang filed their listing documents in May and June respectively.

Bitmain’s main product, called Antminer, is a server-sized box that sells for a few hundred to a few thousand dollars. Antminers are filled with ASICs that perform the brute-force number crunching needed to verify cryptocurrency transactions. Customers are mostly large mining operators.