The Financial Conduct Authority (FCA), the UK’s financial services regulator, has announced that blockchain startup Epiphyte will be providing financial institutions in the UK with an alternative clearing and settlement system that uses Bitcoin.

Epiphyte, a London-based startup, specializes in using blockchain technology to provide instant settlement of transactions. The company will offer the new clearing and settlement mechanism under the FCA regulatory sandbox, in testing phase. Financial institutions will be able to choose blockchain networks as an alternate route for the international leg of their payments, bypassing SWIFT and other banking systems.

The company plans to use the new authorization to launch a pilot service offering cross-border payments. The service, called SpecialFX, is expected to launch later this month and will allow customers to deliver payments in regular currencies to accounts in foreign countries. The solution will be using Bitcoin as a payments rail, enabling faster, cheaper and more transparent transactions.

Commenting on the news, Edan Yago, CEO of Epiphyte, said:

“There has been a huge amount of hype about the potential to use blockchain for cross-border payments and to settle financial transactions. So far we have not seen much in the way of actual, live products. The FCA have taken an important step to change this – for the first time, real customers will see real benefits.”

Epiphyte’s SpecialFX is the first live system that allows forex and cross-border transactions to be settled directed on the blockchain, and the first of its kind to receive regulatory authorization and backing.

Founded in San Francisco by Edan Yago, a serial entrepreneur and well-known blockchain expert, Epiphyte moved its headquarters to London in 2014 to benefit from the UK’s favorable regulatory environment towards fintech. 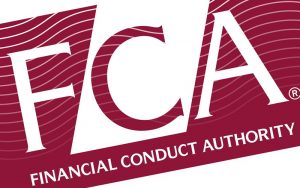 The FCA launched its regulatory sandbox in May 2016. The sandbox provides companies with a “safe space” to test new capabilities and innovative business models while ensuring consumers are adequately protected. It offers firms a tailored authorization process for those in the testing phase, guidance for firms testing products that do not fit existing regulation, and, in some cases, waivers and no enforcement action letters.

The launch of the sandbox followed the creation of the FCA’s Innovation Hub in 2014, an initiative aimed at facilitating the regulatory journey for both new and established firms with innovative business models in the financial services sector.

Epiphyte first came to public attention when it won the Swift Innotribe Fintech of the Year award. Since then, the company has worked with leading financial institutions include BBVA, Visa, among others.