Ethereum gains popularity in Asia as traders are growing fond of the digital asset, converting their bitcoins to purchase ether (ETH). According to Aurélien Menant, co-founder and CEO of Gatecoin, Asia could well become a key market for ETH trading.

Interest in Ethereum is growing strong in Asia. Gatecoin, a Hong Kong-incorporated trading platform for cryptocurrencies and digital assets, has been experiencing a surge in signups in the region, most particularly from users located in Japan and China.

“We’ve seen growing interest among traders in China and Japan especially, with 225% of new users to our platform coming from these markets and a significant share of users based in Asia converting their [bitcoins] into [ether],” Menant told CoinJournal. 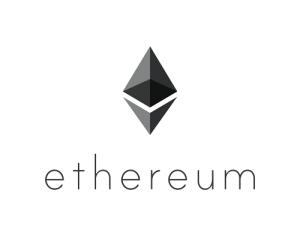 “As interest in projects built on the Ethereum ecosystem maintains momentum, and investors see the long term potential of such projects, we believe Asia will be a key market for ETH trading,” he said.

According to him, two factors are responsible for the Ethereum craze, the first one being the increasing amount of media coverage and the bullish publicity.

“Firstly, the rising price of ETH over the first few months of 2016 coupled with recent coverage of Ethereum in mainstream media […] and syndications in Japanese and Chinese,” Menant explained.

“As Ethereum’s visibility increases, and escapes any negative associations, which was the problem with bitcoin from the beginning, there should be continued enthusiasm from investors.”

The community as well is helping promoting Ethereum. Menant noted a growing number of websites, forums and meetup groups in Chinese and Japanese dedicated to discussing ETH, Ethereum and decentralized applications (dapps). These kinds of initiatives are increasing the technology’s visibility, he said.

Gatecoin aims at becoming a specialist in smart contracts and dapps fundraising. The platform currently is the only exchange to offer trading in Augur’s token (REP), one of the first mainstream projects to be launched on Ethereum and the first dapp to make headlines. Augur is an open-source, decentralized prediction market currently under beta testing.

Although REP liquidity remains limited due to the fact that Gatecoin cannot accept deposits yet, REP trading is going well, Menant indicated.

“We see ongoing eagerness among traders. As the Augur beta test has also been performing well, we’re very excited about the full release as are many of our REP traders,” he said.

“There is also a very active community of REP traders on Reddit and Slack, and we acknowledge their demands for more inbound REP deposits on our platform. We’re currently looking to find a best practice interim solution prior to the full Augur release. In the meantime we recommend REP traders to stay patient.”

Menant said he is also working with Slock.it, a German startup specialized in blockchain and IoT applications, to list their tokens once the sale has been confirmed.

“We are very confident in the potential of Ethereum and bullish about the prospects of ether as an asset in the long run,” he said.

“We are closely following serious dapps projects being built on top of Ethereum such as Augur, Slock.it and Digix, and we plan to integrate all that we determine to be relevant for our exchange.

“We have a very ambitious plan of services linked to those dapps, but it is still too early to disclose it.”