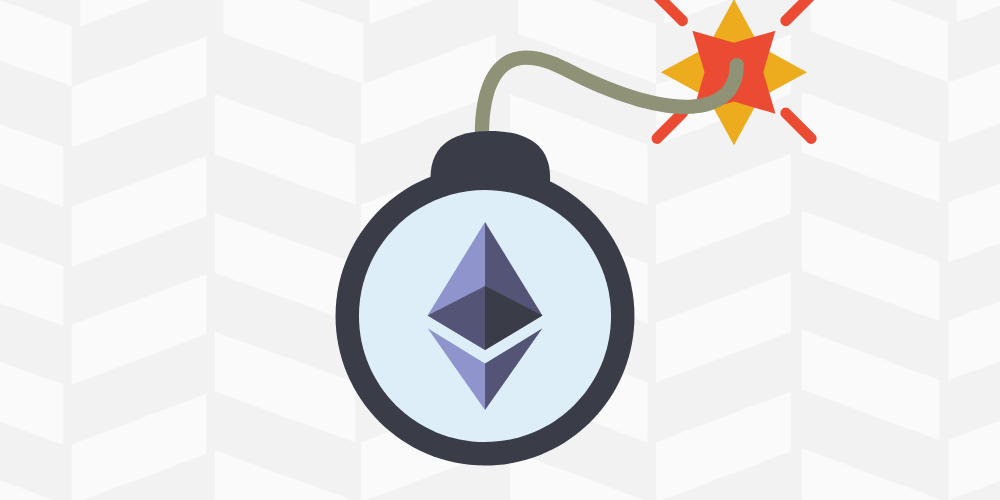 Ethereum developers have decided to delay the "Difficulty Bomb" by agreeing to include the code for such a change into Metropolis' hard fork—Constantinople. The core developers decided on a video call, streamed live on YouTube on August 31, 2018, to accept the EIP-1234 scenario for the "Difficulty Bomb's" impact on block rewards.

Constantinople is a new upgrade of Ethereum's four-stage development plan. It has been designed to enforce specific reforms that will help in obtaining signature verification and afford users the opportunity of creating account contracts with relative ease. The hard fork will also purify protocols by removing technically stated information that is not necessarily a component of the tree.

Constantinople is primarily designed to be the final half o the protocol upgrade that aims to smooth the transition from a Proof-of-Work consensus to a Proof-of-Stake.

According to a Github post, the updated version of EIP 1234 will reduce block rewards from 3 ETH per block to 2 ETH per block and delay the "Difficulty Bomb" for 12 months. The developers at the meeting, also agreed to release another hard fork eight months from the Constantinople upgrade.

Added into ethereum shortly after the network launch, the difficulty bomb was created to make mining ether difficult over time. At its core, the difficulty bomb is also a deterrent for miners who may opt to continue using PoW, after the blockchain transitions to PoS. Ethereum is currently a Proof of Work cryptocurrency, but it would be moved to a move to a Proof of Stake protocol (Casper) to ensure the system continues being scalable and decentralized.

Since the current protocol is not finished, a hard-fork might be required to complete the implementation. For companies, switching to the new network—which uses a PoS consensus—shouldn't be a problem. Not so for miners, who might need time to adjust to a new system of earning rewards based on coin ownership.

This is where "Ethereum’s Ice Age" comes in. The Ice Age is a difficulty adjustment tactic created to ensure everyone is motivated to transition to the new blockchain once it launches.

As the puzzles in the mining algorithm become more difficult, it will be difficult for miners to carry on. Without adjusting the difficulty, the network would ‘freeze’ due to the constantly increasing difficulty and the block time.

Explaining the impact of the difficulty bomb in the production of ether, the post summarizes:

"Starting with `CNSTNTNPL_FORK_BLKNUM` the client will calculate the difficulty based on a fake block number suggesting the client that the difficulty bomb is adjusting around 6 million blocks later than previously specified with the Homestead fork. Furthermore, block rewards will be adjusted to a base of 2 ETH, uncle and nephew rewards will be adjusted accordingly."

Casper developer for the Ethereum Foundation, Danny Ryan, commented on the transition to a POS consensus, on the call, where he said the protocol "set up for 5 ETH per block" at the beginning was a short-term vision for the network and there was a need to move towards a "long-term issuance policy" related to proof-of-stake.

"These are incremental compromises until we get to the vision," he added.

One major downside to the meeting bothered on the inability of developers to reach a compromise on the algorithm modifications that would restrict the use of ASIC hardware when mining ether. Nevertheless, a good number of developers see the need to research it further

While speaking on the hesitance of the developers in implementing the algorithm change, Pawel Bylica said:

"I am not saying we will definitely do this change, but at least we should be committed in the sense of reviewing all the issues to ensure there are no technical problems."

Byzantium which is the first hard fork introduced by Metropolis as a decentralized application platform, did make progress in asserting the accuracy of computations and ensuring the mining process remains virtual.