Not so long ago, a great many of us were quite happy to hand over our personal information, without much thought, in return for handy online services that enables millions of us to keep in touch with friends and family.

But then came the Cambridge Analytica scandal, which saw 50 million Facebook profiles harvested for the company in a major data breach.

Consequently, people became aware of the data they were giving away, many not even realising they were doing it. Shortly thereafter the EU General Data Protection Regulation (GDPR) came into force, and more recently, California passed a landmark privacy bill, the California Consumer Privacy Act, designed to provide protections to the state’s 40 million residents in light of major privacy breaches.

These, however, are just a few of the measures being taken to ensure that citizens have more control over their personal data. More, though, needs to be done.

For one Chinese-based company they believe they have the answer. GXChain is a public blockchain that delivers decentralised data exchange solutions.

It is aiming to change the data exchange ecosystem by giving users back control of their personal data. According to the platform, it obtains user consent before collecting and storing user data on a blockchain. This information is managed by a private key, which is securely generated and handed over to users, giving them full control of their data.

For those who want to earn rewards they are incentivised with GXS tokens if they share their data. The more information that is authorised to be shared, the more tokens they receive. They are achieving this through Blockcity, a mobile app that rewards users to cultivate marketable data. Built by GXChain, Blockcity is the largest and most active blockchain community in China, according to Yunpeng Ding, GXS Regional Manager in North America.

Ding added: “As of July 2018, there are more than 1.86 million registered users in Blockcity, compared to the population of the whole crypto world. This is a really huge proportion. Not to mention 40% of them are daily active users.” 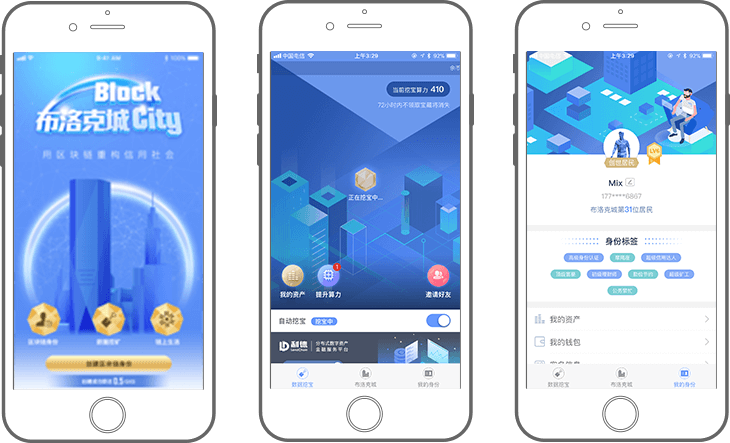 In an announcement from GXChain, they explained that Blockcity is a personal data management tool that addresses data sharing issues. Its intention is to create a virtual city of blockchain and a microcosm of a future credit society. When entering Blockcity, users will create a universal digital identity, G-ID. By doing this, they are required to provide government issued identification documents. According to GXChain, this ensures that Blockcity is linking online and offline credibility, while maintaining the security of users’ information. Users will be able to store and manage their data safely through the Inter Planetary File System (IPFS).

In the future, it’s hoped that through Blockcity, users will be able to transact, socialise, or shop.

Working in tandem with Blockcity, is the GXB Decentralised Data Exchange, which uses the GXChain blockchain. According to its white paper, it aims to break “the deadlock to get rid of “data precipitation” existing in traditional data exchanges. By virtue of decentralized peer-to-peer data exchange and asymmetric encryption of transactional data, no third party other than the buyer is able to access the data.”

The white paper adds that over 3,000 projects have been applied on GXChain, with 100 projects under incubation, and more then 20 having already launched. These include Blockcity, DES, CoinGet, Prophet, Unitopia, WanLiMa, YuBiBao, LendChain, Lucia, and DAMO. This month the project was also mentioned by the research institute of the Ministry of Industry and Information of China, who ranked the project 4th out of 31 public chains scoring high on the three factors that the index is based: technology, applications, and innovation.

As a public blockchain used for data exchange and application development, GXChain is used to establish a trustworthy domain-wide data exchange value network.

Find out more about the project here

Is it possible to mine Cryptocurrencies using the Cell Phone? Understanding the technology behind Mining