Jordan Peterson Has ‘Real and Increasing Sympathy’ for Bitcoin Users

In a recent video posted to The Rubin Report YouTube channel, host Dave Rubin and clinical psychologist Jordan Peterson announced they would both be leaving Patreon on January 15th. Throughout the thirty-minute video, Rubin and Peterson discussed Patreon’s ability to remove specific types of content creators from the platform in the search for more social capital and greater profits.

In an effort to allow any content creator to earn revenue on the internet, Rubin and Peterson now plan to launch their own Patreon alternative.

“This is about making a stand against this ever-moving encroachment on free speech, free expression, and the rest of it,” said Rubin in the video.

“It’s not obvious to me that corporations can run platforms for untrammeled communication successfully on the net in today’s climate,” Peterson later added.

During the announcement video, the duo discussed the issue of deplatforming, how payment processors affect free speech, and whether Bitcoin may eventually be the proper solution to these problems.

The basis for this conversation around Patreon was the removal of Carl Benjamin (also known as Sargon of Akkad) from the platform. Benjamin has around 1.5 million subscribers to his various YouTube channels and was earning over $12,000 per month via Patreon before he was banned.

According to Patreon, Benjamin was removed due to the use of a racial slur on another content creator’s YouTube channel. Critics of the decision, such as philosopher and neuroscientist Sam Harris, have said the decision was politically motivated.

Deplatforming and demonetizing have become more prevalent over the past couple of years, with YouTube’s Adpocalypse being perhaps the most prominent example of a tech company removing or demonetizing certain types of content in the search for higher profits or the appeasement of a certain segment of the population. Many YouTube creators turned to Patreon in the aftermath of the Apocalypse.

Visa and Mastercard as Another Chokepoint

While online platforms like Patreon are free to make their own terms and conditions, they aren’t the only middleman between content creators and their audiences. Payment processors such as Visa and Mastercard also have the ability to demonetize content creators they deem immoral or unsavory.

Middlemen can also face public pressure to demonetize content creators who offend a particular segment of the population. Indeed, this is the goal of Change the Terms.

Of course, the policing of digital transactions goes far beyond content creators’ ability to make a living. As Rubin and Peterson noted in their discussion, a recent New York Times article by Andrew Ross Sorkin suggested credit card companies should be tracking everyone’s financial activities in an effort to prevent mass shootings.

“The idea is that the companies to whom we have entrusted our monetary system in large part (that’d be the credit card companies) get to review our spending patterns to determine if what we purchased is in accordance with what they regard as morally acceptable,” explained Peterson.

“I just can’t believe that any sensible person would think that through and then want to live in a society where your spending habits are being monitored by the company that basically produces your money,” Peterson later added. “I can’t think of anything more totalitarian than that.”

As Rubin pointed out, there is also the potential for the concept of deplatforming to move into the real world through social credit systems, such as the one in development by the Chinese government, where the ability to travel or obtain government services is potentially limited by a social score. Someone who is demonetized on YouTube today could be cut off from food stamps in the future.

Is Bitcoin the Solution?

So, is Bitcoin the solution here? After all, one of the key features of the peer-to-peer digital cash system is that it allows users to make transactions that would be censored or blocked by the traditional financial system. The use of Bitcoin to get around the financial blockade around Wikileaks was one of the first major storylines around the digital asset.

For now, Rubin and Peterson are focused on building a Patreon alternative with multiple payment portals that will hopefully allow any content creator to get paid for their work. But what about the payment processors? That’s where Bitcoin could come into play.

“I have some real and increasing sympathy for the cryptocurrency types,” said Peterson. “The problem there is that, as far as I can tell, their solution is still sufficiently technically complex to keep it out of mainstream use — and also not sufficiently liquid to actually constitute a realistic, current replacement even for credit cards.”

“Maybe crypto is the ultimate answer, but it’s not the answer tomorrow,” added Rubin.

For now, Peterson and Rubin will collect donations on their personal websites as they continue to work towards launching their Patreon alternative. 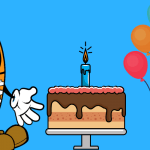 Previous
It’s the 10th Anniversary of Bitcoin’s Genesis Block. Here’s What People Are Saying
Next
InnovaMinex is Using the Blockchain to Deliver Traceability to Precious Metals 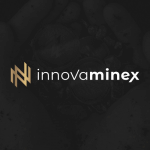