Grassroots Economics, a non-profit organization that develops and implements community currency programs in Africa, will utilize the Bancor Protocol to expand its existing paper currency system into a blockchain-based network, the foundation announced on Monday.

The initiative will seek to launch a network of blockchain-based community currencies in Kenya, facilitating local and regional commerce and peer-to-peer collaboration. The first pilots will be launched in Kawangware and Kibera, the two largest slums in Kenya. Grassroots Economics will tap its network of local businesses to circulate the digital currency by offering discounts and other benefits to customers who use it to transact. 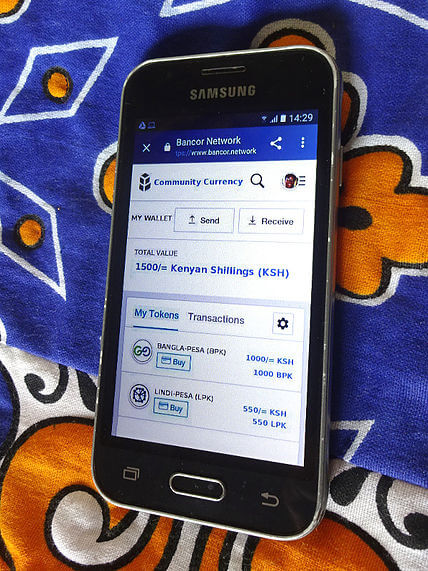 Once launched, the pilot project will allow supporters and community members to buy and sell the community currencies, with transactions processed via the open-source Bancor Protocol, using other cryptocurrencies or a major credit card network.

A balance in a stabilized “parent” cryptocurrency, that is under development, will be initially pegged to the national currency, the Kenyan Shilling, and enable convertibility between the network of local currencies at algorithmically calculated prices.

Grassroots Economics launched its first community currency programs in 2010 in Mombasa and Nairobi. The foundation currently operates programs in six locations across Kenya, serving more than 20 schools and 1,000 local businesses. It is developing its 7th program in Kenya and providing technical support for the creation of the first program in Congo.

Bancor will be seeding the initial currencies by contributing capital generated from its US$153 million token sale in June 2017, the organization said.

A Tel Aviv-based project, Bancor aims to make it easier for people to launch their own crypto tokens. The platform allows anyone to create a crypto token that hold one or more balances in a connected token. This enables integrated crypto tokens to be interchangeable for one another, without the need for a counterparty.

The Bancor Protocol’s Smart Tokens technology provides crypto tokens with built-in convertibility capabilities directly through their smart contracts. This built-in mechanism algorithmically calculates the price of a token based on its supply.

Galia Benartzi, co-founder of Bancor, said in a statement:

“We have seen the crypto world generate roughly US$300 billion for new currencies, and we believe the same mechanics can be applied to help communities create wealth on a local level through the use of blockchain-based community currencies that fill regional trade gaps, enable basic income and food security, and promote thriving local and interconnected global markets.”

Prior to its partnership with Grassroots Economics, Bancor was involved in the launch of a similar pilot program in Israel. The community currency pilot, which sought to serve local mothers, processed over than 1,000 transactions per day at its peak.

The Bancor Protocol is overseen by the Bprotocol Foundation, an organization established in 2017 and incorporated in Zug, Switzerland, and claims to process over US$20 million daily in digital currency conversions via its network. Bancor recently welcomed its 100th token live on the network.

XRP turns bullish and has up to 18% potential upsurge

June 18, 2018
We use cookies to personalise content & ads, provide social media features and offer you a better experience. By continuing to browse the site or clicking "OK, Thanks" you are consenting to the use of cookies on this website.