BotChain, a new initiative by artificial intelligence (AI) startup Talla, is looking to leverage blockchain technology to provide the platform and trust needed for AI-based systems to flourish. 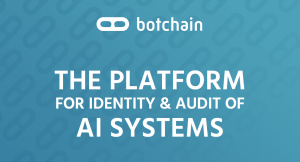 The new blockchain platform, which is being built on Ethereum, is designed to register, identify and audit autonomous agents with an aim to provide a way for companies to collaborate and improve bot responses and choices.

“In other words, BotChain does for bots and autonomous processes what a digital certificate proving ownership does for websites,” Rob May, CEO of Talla, told CoinJournal.

The company is going after the US$50 billion autonomous bots industry, which currently lacks the “universal standards or protocols of every other major software industry,” it claims. “There is also no verifiable visibility into bot decisions and actions. These conditions limit growth and present significant compliance risks for corporations.”

The idea behind BotChain is that just as humans require oversight and audits in the workplace to facilitate performance, compliance, knowledge-sharing, collaboration and communication, bots also need a platform to secure these benefits as well.

To solve this issue, BotChain is developing a decentralized network where businesses and developers can register their bots.

On BotChain, each bot has a unique identity code and all activities are recorded on the blockchain. This solves the bot impersonation problem because all bots can be easily identified and also allows for behavior audit and compliance. By recording the state and activities of the bot onto the distributed ledger, BotChain provides a reliable, auditable and immutable records of the bot’s past behavior. Users, businesses and consumers can then verify that bot actions are being performed appropriately and bad behaviors can be fixed, ensuring that bots operate within the scope of their rights and design.

Not only does that allow humans to use bots with greater safety and confidence, but it also enables bots to safely collaborate, negotiate and transact with other bots, opening the door to more advanced use cases.

“We are clearly close to a world where the differentiation between speaking with a human or bot becomes very ambiguous,” May said. “A single decentralized token curated registry of bots is an important solution to addressing this, so that humans, and bots, can trust AI agents by verifying their ownership and identity.”

In addition to providing a reliable audit trail, blockchain technology allows the BotChain platform to be truly decentralized, “ensuring that one entity does not own the registry, meaning that companies can register their bots without fear of any one company having too much control,” May said.

BotChain launched its decentralized application in the Ethereum mainnet in May 2018. The team is now working on its identity and audit services applications, planned for November 2018.

Launched in 2015, Talla is an AI startup that has developed a platform which uses machine learning to automate content management in IT or HR knowledge base contexts. The startup has raised over US$12 million in venture capital.

It’s now running a private sale for its BotCoin tokens, the token that will be used to pay for services in the BotChain network. A pre-sale and public sale are scheduled for later on.

“Tokenization allows us to incentivize early participants who grow the network to the point where it becomes a standard, prompting others to join for those aspects,” May said.