Note: The following is a story of the events that led to the survival of the original Ethereum chain after the hard fork related to The DAO incident was activated. The story is told from the perspective of the author.

Within hours of Ethereum’s hard fork to reassign funds away from the hacker who found a loophole in The DAO, the event was deemed a success by a wide-ranging group of individuals in the blockchain ecosystem. Ethereum creator Vitalik Buterin was popping champagne, and Coinbase CEO Brian Armstrong was tweeting about the merits of hard forks as an upgrade mechanism for blockchains.

At the time, there were only a few holdouts who were interested in preserving what many thought to be Ethereum’s original social contract of unstoppable code. One of those holdouts was self-described crypto-anarchist Wiz.

On the 21st of July, I received a message from Wiz claiming he was impressed that Ethereum’s hard fork worked out. He then shared a photo of a block explorer showing that he was one of the top 25 Ethereum miners. I was a bit surprised to see the original chain die so quickly, as I had previously tweeted that I expected two chains to result from the fork. 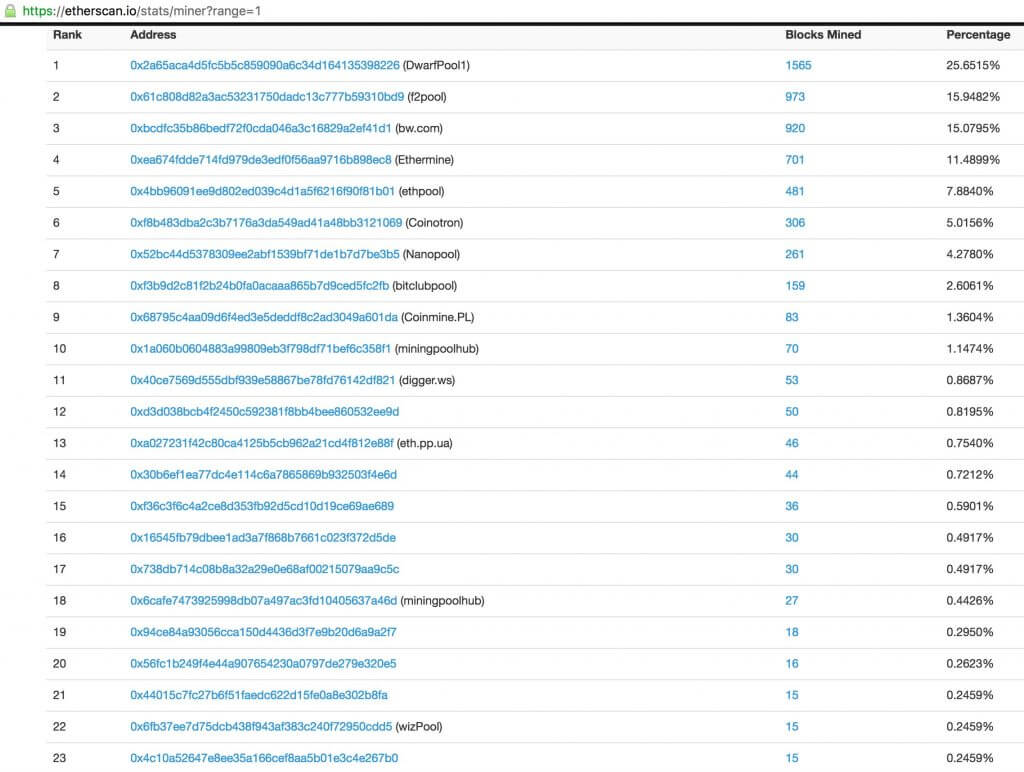 “I guess what we learned is that you just need to get the top five pools onboard and you’re good,” said Wiz.

At the time, those five pools made up over 90 percent of Ethereum’s network hashrate. 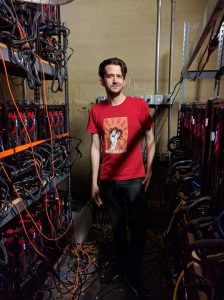 The former managing director of WizSec then questioned if Ethereum is basically centralized among ten people. “I guess if I grew my pool by 5x size, I could get in the top ten and at least have a voice,” he added. “But [I’d] still overwhelmingly be outvoted.”

At this point, I also pointed out that exchanges essentially blocked the voice of the Ethereum stakeholders who may have been against the hard fork. “There isn’t an easily found market price for ETHC right now because none of the centralized exchanges are allowing it to be traded,” I noted.

What is now ETC (Ethereum Classic) was referred to as ETHC in those early moments after the hard fork.

ETC was initially only traded publicly on Bitsquare (now called Bisq) and within a forum post on bitcointalk.org. A few hours later, I received a message from Wiz:

“Guess who now represents 20% of the hash power on Ethereum Classic?” 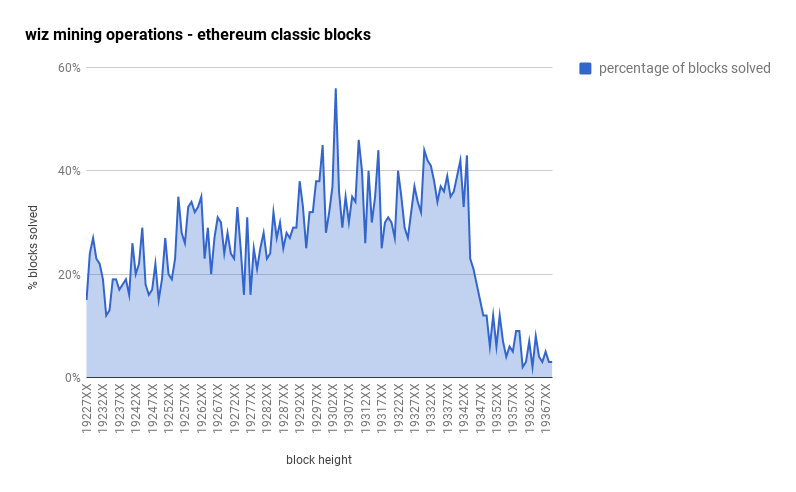 We discussed the possibility of an article about Ethereum Classic, but Aaron van Wirdum at Bitcoin Magazine had recently posted an interview with the apparent project coordinator of Ethereum Classic at the time.

“Let’s see if it gets any traction,” said Wiz. “I mean, if exchanges start trading it, then this could potentially be a thing.”

The next day, Wiz’s share of the Ethereum Classic network hashrate was up to 40 percent.

“I think I solved 31 blocks in a row or something crazy,” he added.

Wiz was able to mine all of those blocks in a row because the only other major mining pool on Ethereum Classic went down, which left Wiz controlling 100% of the network for roughly ten minutes.

Ethereum Classic’s hashrate continued to drop over the course of the day, and Wiz said he was thinking about going back to the hard-forked Ethereum chain.

“At this point I’m like the only one mining the chain except for the [Ethereum Classic] founders,” he said.

Less than two hours later, Poloniex listed Ethereum Classic and all hell broke loose. Wiz was still a third of the network hashrate an hour or so after ETC had been listed, but he noted that the hashrate was rising a bit. Judging from his own hashing power and how often he was solving blocks, Wiz was able to estimate the hashrate of Ethereum Classic at the time. “I think true network hash power is around 30GH/s,” he said.

A few hours later, Wiz realized he had done quite well for himself with his speculative Ethereum Classic mining:

“Hmm, I just realized I have more than $20K worth of ETC. Like, out of nowhere,” he stated.

At the peak price, Wiz had generated roughly $90,000 worth of value out of nowhere. Over the next hours and days, Wiz’s share of the network hashrate continued to fall as speculation on ETC continued. He shared these thoughts in the wee hours of the morning the night Poloniex listed ETC:

“It’s now very clear what has happened to Ethereum. Originally, about 20% of the network opposed the DAO fork, but because of consensus rules, everyone was afraid and went along with the majority thinking the non-fork chain would be abandoned (and it was, for about 2-3 days). Now the people realize that both chains can peacefully co-exist, and since they already have ETC, they immediately value it at 20% of the worth of ETH.”

At the time of this writing, Ethereum Classic has roughly 5 percent the price and hashing power of the forked Ethereum chain.

“I am literally eating popcorn right now,” Wiz added later in the night. “This is so fun to watch.”