When cryptocurrency innovators come together, new ideas are created; solutions to challenges are found, and investors are given the motivation to possibly invest more into the space. Regardless of whether someone is a newbie or veteran, it is events such as CoinFestUK, which provide an educational platform to share and learn new tricks of the trade. 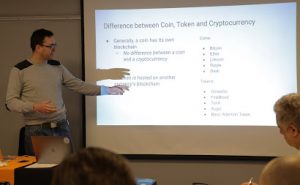 Taking place in Manchester between the 5th-7th April, CoinFestUK is an event that has come and gone this year, but it attracted a diverse range of speakers and exhibitions. Whether it was attending one of the many workshops held by Portsmouth Crypto, Blockchain Manchester who demonstrated KnownOrigin, or Colmore FX, to name but a few, the aim was to impart knowledge on investors that have several trading levels.

In-depth discussions were also the order of the day, with one panel discussion focusing on hotly debated topics: adoption, regulation and the law, security and privacy, economics, and technology. 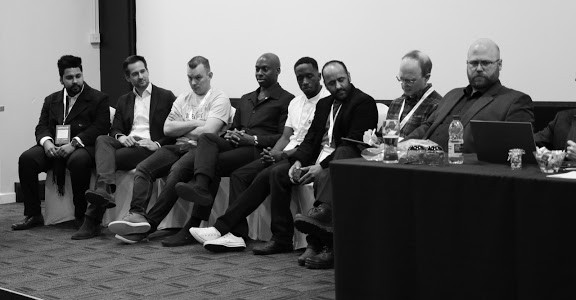 On the adoption front Brewster, who was there to discuss his new startup bthebank.com, said that there are plenty of opportunities to improve the user experience because bitcoin is still ‘in the realm of the geeks who use it,’ adding:

“If you go and give someone an eight number account and then go and give them a 34 character alphanumeric string, which one is going to be used the most?”, Brewster asked. “They are going to opt for the traditional bank account where they can send faster payments in the U.K. every single time.”

He added by stating that there are lots of opportunities for people to create wallets or services and businesses that improve the user experience. This, in turn, will enable the average person to actually use and accept cryptocurrencies such as bitcoin.

Notably, though, for merchants to adopt bitcoin they first need to take the risk that its price will fluctuate greatly over any given period. For many, however, the risks involved are often what deter them away from taking cryptocurrency payments in the first place. Talking about this, Hern stated that he doesn’t accept bitcoin for his books and that changes in the price of bitcoin is a ‘huge disincentive’ for him to do so.

“I’m essentially a single person business and I have to put food on my family’s table every night, and that kind of risk is just really too large,” Hern said.

On the topic of technology, a question posed was how will dApp developers choose which blockchains to build on and will incentives have any bearing on that? According to Goodman, a lot of the incentive is financial and how much someone can give. However, also taken into account is how friendly the developer environment is as well as the platform for developing stuff.

Brewster questioned, though, whether there are any real-world use cases where anything has value beyond CryptoKitties and Rare Pepes that is being used and making a fundamental difference in people’s lives.

“Using CryptoKitties as a testing platform for that network it just seems crazy that so much capital that could be used elsewhere within the ecosystem is just literally being thrown at projects that have grand promises on the Ethereum network,” argued Brewster. “Even projects that haven’t been built yet people are throwing tens and hundreds of millions of dollars at these organisations, and it’s just mind-blowingly crazy.”

Counterarguing that, Goodman stated that:

“Maybe CryptoKitties didn’t change anything fundamentally, but it fundamentally tested the ability of the Ethereum network to take on a massive app.”

At the end of the day even though differences remain within the industry, the cryptocurrency market has come a long way from where it was nearly 10 years ago. Not only that, but five or six years ago everything was a threat against the market. Over the past year, as Nwosu points out, most of those threats have materialised.

“If bitcoin or a cryptocurrency forked, it was dead, and it actually thrived,” he stated.“If regulation came in hard or if it was banned in China, it would be dead, but it has thrived. So at this stage we’re actually starting to realise that all threats are something we need to run towards and not run away from because we need to just keep knocking them down and show that none of them are actually going to stop this.”

Watch the full panel below and stay tuned for exclusive interviews from some of CoinFest’s speakers.