Cryptocurrencies have grown popular of late and attracted an increasing number of thieves looking to capitalize on the crypto frenzy to lure naive investors and unvigilant users. According to cybersecurity firm Carbon Black, the illicit, dark web economy for cryptocurrency-related malware development and sales now represents a US$6.7 million economy.

Research conducted by the firm found that an estimated 12,000 dark web marketplaces are selling approximately 34,000 offerings related to crypto theft. These malware offerings range widely in price, from as low as US$1.04, to as high as US$1,000 per offering.

Cryptocurrency-stealer malware is the preferred method among crypto-targeting cybercriminals, the research found. These exploit a target’s endpoint and drains the targeted cryptocurrency wallet. Funds are quickly and covertly redirected to the criminal’s wallet, leaving the original owner with nothing.

Another popular method is covert-mining malware which uses a user’s Graphics Processing Units (GPUs) to mine cryptocurrency on behalf of the cybercriminal. Similar to stealer malware offerings, mined cryptocurrencies are directed to the wallets of the malign actors. 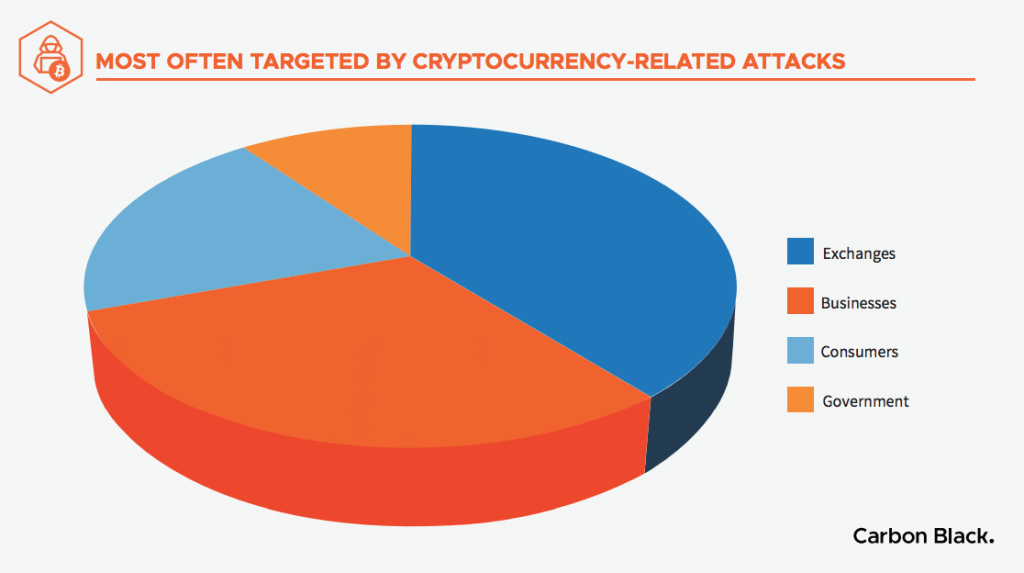 Although Bitcoin is still the lead cryptocurrency for legitimate cyber transactions, cybercriminals are moving to alternative and more profitable currencies, such as Monero, which is used in 44% of all attacks.

Second on the list for popular cryptocurrencies among cybercriminals is Ethereum, which comes in at a little more than 11%. Rounding out the top three is Bitcoin, accounting for about 10%. The remaining targeted cryptocurrencies are NEM, Bitcoin Gold and Tether, among others.

“Decentralized cryptocurrencies are likely to increase in sheer quantity and in value in the short-to-mid term … cybercriminals will attempt to exploit the ever-increasing attack surface,” the report says.

“Unfortunately, new investors and traders looking to jump on the crypto bandwagon will exacerbate the opportunity for exploitation. We expect to see cryptocurrency theft and illicit mining activity expand in the mid-to-long term as security mechanisms and user awareness slowly catch up to the evolving threat.”

About US$1.1 billion worth of cryptocurrencies was stolen in the first half of the 2018. The most notable heists so far this year include Japanese Coincheck’s US$350 million hack in January 2018, Italian cryptocurrency exchange BitGrail’s US$170 million hack in February, and Vietnam’s US$660 million exit scam in April.