LuneX Ventures, a partnership between Singapore-based venture capital (VC) firm Golden Gate Ventures and its former head of growth Kenrick Drijkoningen, is looking to invest US$10 million into five to ten blockchain and cryptocurrency startups by the end of the year, the company said on Friday.

LuneX Ventures claims to be Southeast Asia’s first dedicated cryptocurrency, blockchain fund with traditional VC backing. The company said it will leverage “Golden Gate’s strengths in backing growth companies, gained from applying Silicon Valley expertise across the ASEAN region” and invest globally in “companies that are building out services to grow the new cryptocurrency ecosystem.” In particular, the firm said it was interested in entrepreneurs and companies that provide and tackle issues such as infrastructure scalability and interoperability, along with practical solutions to issues like custody and security, and institutional services.

Golden Gate Ventures, a VC firm focuses on Southeast Asia with over 30 investments across seven countries, invests in Internet and mobile startups across many sectors, including e-commerce, marketplaces, fintech, and since recently blockchain technology. The firm claims its portfolio companies have raised over US$35 million through initial coin offerings (ICOs) so far and other campaigns are set to be launch in the near future.

Both LuneX Ventures and Golden Gate Ventures are operating out of Singapore, Southeast Asia’s fintech hub with a burgeoning cryptocurrency and blockchain sector that’s been encouraged by a supportive government.

The Monetary Authority of Singapore (MAS), which has set out to turn Singapore into a fintech powerhouse, is leading several blockchain initiatives including Project Ubin, an initiative aimed at using blockchain for cross-border payments, and the Global Trade Connectivity Network (GTCN), a cross-border infrastructure for trade finance developed in collaboration with the Hong Kong Monetary Authority.

MAS is also working with the MIT Media Lab in Cambridge to strengthen Singapore’s talent pool in fintech and advance blockchain research and development.

Drijkoningen, now founding partner of LuneX, said the opportunity is immense in Singapore:

“We view blockchain as a foundational technology, on a par with or possibly exceeding the Internet in disruptive potential. Right now valuations have come down to more reasonable levels and the industry is moving from pioneers to early adopters, which is a great time to start investing.”

Drijkoningen said LuneX Ventures was established to cater to the needs of blockchain entrepreneurs, who need more than just capital.

“Traditional investors currently struggle to access this new asset class: there are legal, custodian, banking, tax and other operating obstacles to overcome,” he said.

“LuneX Ventures has been built from the ground up to address all these. We have gone the extra mile to make sure the fund is fully compliant while providing easy access to accredited investors. Our mandate allows us to invest in tokens of promising startups. For us, it’s important that our interests are aligned with those of founders. In the end this is how we all benefit.” 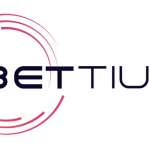 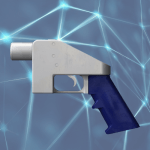