This week, CoinJournal had the opportunity to interview Rosa Shores, Founder and CEO of a new project Clearvoter. As election season in the United States is in full swing and individuals around the globe are tuning in, we met with Rosa to learn more about her project which emphasizes local political involvement to spark national and international change.

Clearvoter will soon launch in beta as yet another example of how blockchain technology can be leveraged to provide greater freedom globally through encouraging grassroots participation.

Elizabeth McCauley: Rosa, great to talk about your most recent project, Clearvoter. Can you share a background on how you got the idea for this project and the needs Clearvoter is intended to meet? 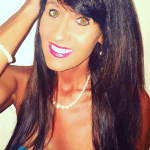 Rosa Shores: Thanks for touching base, Elizabeth.  Clearvoter has been an evolution of sorts and I am happy to share some background with you. In 2014, I was involved with a bitcoin meetup in St. Petersburg, Florida and was doing some outreach to try to get some interest for the group. The organizer of the bitcoin group (Clearvoter co-founder, Gabe Higgins) and I reached out to a local Congressional candidate, Lucas Overby, about accepting campaign donations with bitcoin. We developed a friendship with him and started helping with his campaign. He is a tech enthusiast and soon approached us with an idea for a Congressional transparency project utilizing the blockchain.  During the development of those plans, I developed incredible insight into political and policy advocacy, and developing relationships with grassroots and national organizers.  Understanding the pain points surrounding activism led us to shift focus from representative accountability to meeting the needs of everyday voters, who want an easy and effective way to connect with advocacy groups and one other to take action on issues that impact their communities. Our core team has years of combined public policy and activism related experience, including political campaigning and national advocacy. Our co-founders have helped draft legislation for initiatives and matters in front of the Florida Supreme Court.

Elizabeth McCauley: What is Clearvoter focusing on accomplishing and how will the blockchain be incorporated in the project?

Rosa Shores: Nearly all the founders of Clearvoter are blockchain/bitcoin evangelists. As mentioned, the initial iteration of Clearvoter was centered around a blockchain application. However, as akin to  many founders in this space, we soon realized the challenges of creating a sustainable business model around a platform which primarily appealed to users already familiar with blockchain/bitcoin technology. Keeping that in mind, it was very important that we create a platform that ANYONE can use. It is to that end we have reworked the concept a few times to come to what Clearvoter is now: a tool for simple and effective civic engagement. The focus right now is to build a platform makes an impact on civic engagement. Once we have traction, we’ll look into incorporating several blockchain applications we have in mind. The two things that are very much relevant to our use case in civic tech would be blockchain-based digital ID management and a blockchain-based voting system, both of which could be deployed on our platform. We have been in connection with several leading projects developing in those areas already. We are eager to integrate those kinds of applications when we feel the technology is ready and Clearvoter itself is ready.

Elizabeth McCauley: What do you see as the significance of the blockchain and for that matter, Bitcoin to political participation? Perhaps how does Bitcoin represent an opportunity for grassroots level advocacy?

Rosa Shores: I think there are a variety of solid use cases for blockchain to improve and perhaps even rebuild our system of governance and political participation. Australia’s Flux Party, among others, has recently proposed utilizing cryptocurrency tokens on the blockchain for online voting with the obvious goal of decentralizing power and creating a voting system impregnable to corruption. There are also interesting prospects to utilize blockchain for transparency of campaign finance and spending of public funds. The biggest obstacle for all of these endeavors, of course, is the fact that in dealing with our current system of governance we have to work with a centralized government. Bitcoin regulation should be on the minds of anyone interested in the future of blockchain. Although this community is built by technologists who for the most part, want to circumvent government controls, government and politics will not be ignored so easily. For example, California’s AB-1326, the latest iteration of New York’s “BitLicense” was just withdrawn by its sponsors based on the  efforts of cryptocurrency advocates who opposed the bill. Although the bill will not be introduced for another year, its return looms on the horizon for virtual currency entrepreneurs in California. The Clearvoter platform allows groups to mobilize around legislative issues such as AB1326.

I am also very excited  by the work of Connie Gallippi and her Bitgive project,  and how she is utilizing blockchain for philanthropy and transparency regarding the flow of funds for nonprofit, charitable organizations.. I can certainly imagine this same use case for advocacy groups in regards to establishing an easy, transparent system for online donations and which would foster trust in how those organizations spend those funds. Another excellent example would be the current water issue in Flint  which has the attention of my fellow blockchain evangelist, Tiffany Hayden,  who is the Libertarian candidate for  Congress in Michigan’s 13th district. There,  month after month, the water was testing positive for coliform bacteria and citizens had no access to that information. Concurrently, the misappropriation of donation money and not being able to track those funds has been a big issue. Clearvoter is the platform to educate and mobilize citizens on these issues and then blockchain based systems would be the technology that could diminish the corruption surrounding public funds and access to vital information.

Elizabeth McCauley: Can you share more about the size and scope of this project? Will this be initially a US based project or will you also focus on igniting grassroots efforts on an internal level?

Rosa Shores: We are focused on US voters and our focus for the foreseeable future is the American political system. We are addressing how the current system has polarized the populace to such a degree that our majority of voters now feel disenfranchised. We believe that by connecting citizens based on shared interests in specific issues and  topics of legislation that we can help affect change for the better. We are excited to help communities build coalitions that unite rather than divide.

Elizabeth McCauley: I assume you will be involved in some efforts during the upcoming US election? How will Clearvoter be involved and are there other initial projects you seek to take on?

Rosa Shores: Because of the hyper focus on awareness about the political process during a Presidential election, we are focused on launching in time to ride this current  wave of public interest.  Clearvoter is even more relevant and vital during these times  where citizens seem to have lost interest in the flow of legislation impacting their communities. What happens at the city, county and state level effects citizens every day. Having a user-friendly way to access and action these local issues anytime is the goal. Especially for younger people who are just beginning to explore the umbrella of laws which they have been bound to abide by. his particular Presidential election has created a toxic political environment. It has driven citizens to question processes and representatives in an almost unprecedented fashion. Mainstream media is increasingly distrusted and politicized information only serves to confuse and divide the electorate. So, we are seeing citizens searching for more reliable and trustworthy sources of information.

Elizabeth McCauley: How can readers learn more about Clearvoter and most importantly get involved in this movement?

Thank you to Rosa and the Clearvoter team for taking the time to share more about the work you are doing. We look forward to your launch!