Spheris: A Transparent and Fair Ethereum-Based App Marketplace For Developers and Users

The vast majority of data-reliant industries such as finance, insurance, and app distribution markets are heavily dependent on the presence of mediators and third-party service providers. As a result, in most cases, developers are required to forfeit a substantial percentage of earnings as fees to intermediaries.

For example, in the app distribution market, apart from regional service providers, Google’s Android Play Store and the Apple App Store have the majority of market-share, having served billions of users over the last decade. Software developers, especially mobile app developers, have limited options in the app distribution market because the two marketplaces charge app developers around 30 percent of their local in-app earnings as fees.

“Alternatively, if developers decide to distribute their software on their own, they must pay fees to credit card companies or other payment processors such as Paypal (who charge 2.9% plus $0.30 of the amount you receive). Expenses for web development and hosting, as well as marketing and SEO, are also to be expected,” According to Spheris’s white paper.

Most software developers find it difficult to ignore the two platforms because of their dominance over the global app distribution market, despite their substantially high percentage-based fees. The other option is to distribute apps through their own channels, however, this method comes with its own pitfalls as developers are unlikely to achieve the same levels of reach. Spheris is attempting to provide an alternative blockchain-based app distribution platform that is more transparent and fair for software developers. Through its Spheris Catalog, software developers can sell their applications to users in a direct manner, without requiring the services of mediators and third-party service providers. More importantly, because Spheris is based on the Ethereum blockchain network, a smart contracts-based protocol, all of the activities and processing of data are completed autonomously.

“Essentially, we aim to be the missing link between developers and consumers who are interested in purchasing or leasing software. Embracing decentralization will break the convention of having the need for third-party entities who collect fees on transactions. Removal of corporate entities, such as credit card companies and banks, becomes possible coincidentally with maintaining core interests of both developers and consumers,” the Spheris team explained.

Existing app distribution platforms and marketplaces are limited in the services they provide. Their primary service is to connect app developers to users of Android and iPhone users but they fail to provide other necessary services such as a financial platform that developers can utilize to manage their earnings. It is because of the lack of an efficient and real-time financial settlement platform in existing app marketplaces that payout threshold exists for app developers. Additionally, these platforms rely on traditional financial services such as bank wire transfer to process transactions to app developers, which can be expensive, inefficient and time-consuming. Google Play’s payout policy explains some of the limitations:

Spheris provides a direct solution for the financial issues that app developers have with app marketplaces, utilizing the Ethereum protocol, they will issue Spheris tokens (SPRS), an ERC 20 token that is compatible as a local currency for app developers and users. Developers can be paid out using SPRS, which can be exchanged for Ethereum’s Ether or fiat currencies through cryptocurrency exchanges and trading platforms.

So, through Spheris’ decentralized blockchain network and its tokenized system, app developers can receive SPRS token in real-time, as soon as users purchase the app or initiate in-game purchases.

Since Spheris is developed on top of an immutable blockchain network, it also provides a censorship-resistant marketplace for developers. Last year, Dash, an app that was initially launched on the Apple App Store, was delisted from the Apple App Store for fraudulent conduct. Bogdan, the developer of Dash, was not even given the opportunity to challenge the decision made by Apple and the App Store review team. Ultimately, he was forced to distribute his app through his own website, without the assistance of an app marketplace.

“Bogdan is a developer who created Dash. It is a popular API Documentation Browser and Code Snippet Manager application. Bogdan chose Apple’s App Store as his distribution platform. Unfortunately, his app got de-listed and his account was removed from the App Store, the official reason being fraudulent conduct and App Store review manipulation. Contacting Apple affirmed their decision was final. Bogdan started distributing his app via his own website,” said the Spheris team.

Spheris is a robust, unique and immutable blockchain-based platform that is attempting to restructure the app distribution market. It is offering both software developers and users an uncensorable infrastructure for decentralized applications and a decentralized financial network that processes payments in real-time. By offering an alternative platform to dominant infrastructure providers such as Google and Apple, Spheris aim to fundamentally challenge the app distribution market as cryptocurrencies have challenged the traditional finance market.

Spheris is in the process of launching a token sale to develop the project and those who are interested can already test out the platform as ahead of the sale they have released pre-alpha versions of their Catalog and Browser components for Windows and Linux, the code for these can be viewed on their Github.The crowdsale for the native token of Spheris (SPRS) begins on September 19th when 1.24 trillion SPRS will be offered with a base rate of 1 ETH for 300,000 SPRS* In consideration of the fixed supply of 2 trillion SPRS, the crowdsale will offer 62 percent of its tokens to the public.

During the first 2 days of the sale, Spheris will offer an additional 20% bonus and are planning other bonuses throughout the month.

The Spheris team recognizes the importance of adoption from developers so have developed LaunchPad which is a program designed to attract developers to the platform. 11% of funds raised from the crowdsale will be used to reach developers with established apps and offer incentives for apps that adopt SPRS payments, this fund will be locked for a period of 12 months.

All unsold tokens will be proportionally distributed among contributors.

*This may change due to Ethereum’s price fluctuation. Final rate will be determined at the start of the crowdsale. 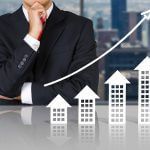 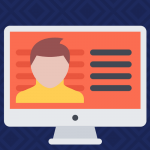