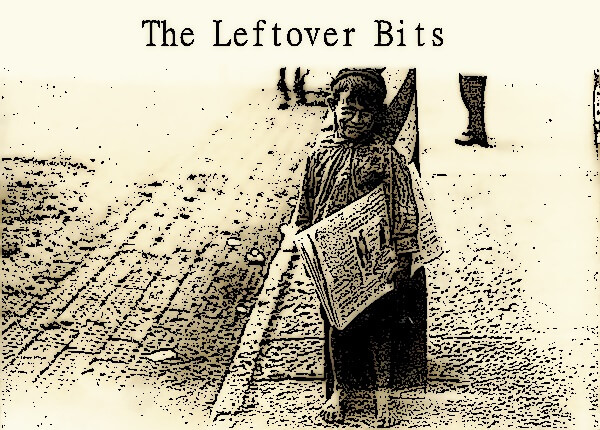 The Leftover Bits is the web's best resource for daily bitcoin news. Now that I got that bit of SEO out of the way, on to today's stories:

Hong Kong based Exchange Melotic is shutting down voluntarily after it failed to generate enough revenue to make the maintenance and security aspects of the exchange worth their while. Liquidity was always a problem on the exchange and so it comes as no surprise that growth was the main factor cited in it shutting down. From its official blog post:

"Simply put, we did not experience enough growth in this product to justify the ongoing costs of development, maintenance, and support."

Melotic does not plan to fade slowly into the night however. The company has serious investors, so they cannot simply disappear. Instead, they are building a new secret product that they promise will launch soon. They announced a remittance program in March with Coinpip (a company who shares major investor 500 Startups). That program allows for cash remittance between Singapore and China using the bitcoin blockchain, but remains in a closed beta at press time. It is unclear if that project is related to their unannounced project alluded to in their blog post.

New users registration and deposits will be closed "shortly" according to the blog post. Users are given until May 15th to withdraw any positive balances. After that time, all cryptocurrency deposits will be returned to the address that sent them.

We will keep an eye on developments and will report them as they come in.

India is a big country. It has the second largest population in the world at 1.2 billion and by 2028, experts predict, will catch and surpass China as the most populated country in the world.

Not incidentally, they are also the largest remittance market in the world. Combine that with India's comparatively high level of technological knowledge and penetration and India, like Kenya, looks like ideal target for Bitcoin companies.

So, it should come as no surprise that companies like Bitreserve are targeting the rapidly growing country. Speaking to the Times of India Bitreserve CEO Halsey Minor laid out his plan

"After the US, UK and China, we want to now set up operations in India and we are talking to regulators and potential partners on a range of our internet-based finance offerings,"

Bitreserve currently allows users to convert bitcoin balances to a variety of fiat currencies or precious metals that Bitreserve holds itself, and then gives them the option to spend that value jus like they would spend bitcoin (with a small, additional fee)

There was no cash prize, but there was bragging rights, advice and mentoring from industry experts, exposure, an all expense paid trip to “North America” and a six week internship at Deloitte on the line.

While there is no word on when or if TransferB's product will become available for the general public, the idea is to greatly reduce the cost of remittance, from the 8 – 15% rate typical of international transfers to a more reasonable 2% while also reducing wait times significantly.

We will keep an eye on TransferB and its pair of talented developers.