Although Bitcoin enthusiasts often mock the concept of private blockchains, a lot of the money now coming into the blockchain ecosystem is focused on providing permission-based solutions for some of the largest financial institutions around the world. Although private blockchains, permissioned ledgers, or whatever else people want to call them may not equate to a complete revolution in money, they could be helpful in making the traditional financial system much more efficient. 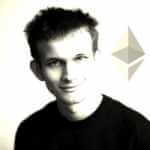 At a recent blockchain event in Toronto, Ethereum Founder Vitalik Buterin shared some of his thoughts on the misconceptions surrounding private blockchains. In his view, “consortium chains” would be a more accurate description of the sorts of private blockchains in development today.

During the recent event in Toronto, which also featured Bitcoin Core contributor Peter Todd, one of the main points Buterin wanted to make on the differences between private and public blockchains is that it isn’t necessarily correct to refer to all private blockchains as centralized systems. In fact, Buterin doesn’t like using the term “private blockchains” when referring to the sort of consortium-based solutions that have become popular on Wall Street. He explained:

“First of all, the thing I’ve been kind of pushing is the distinction of private consortium versus public rather than private and public because, in-between blockchain controlled by one guy, which to be fair isn’t that more interesting than a database, and a public chain, you have this sort of consortium chain thing — where you have a chain and, let’s say, ten nodes (all of them run by a fairly major banks).”

Buterin then pointed out that consortium blockchains are, in some ways, more decentralized than the mining pool structure found in public blockchains such as Bitcoin:

“The fact is: I think it is incorrect to say that [a consortium blockchain] is centralized because, even though it’s not sort of theoretically in some sort of philosophical sense fair because you have ten explicitly selected banks who own the protocol, the fact is those ten banks are probably less likely to collude than, you know, three to five mining pools.”

Buterin added, “Realistically, it is secure enough; it is decentralized enough. And it does provide fairly strong security assurances by itself.”

Benefits of a Public Blockchain

Vitalik Buterin also touched on the key differentiator between public and consortium blockchains. In his view, public blockchains offer a form of decentralization that cannot be found with bank-consortium-controlled, permissioned ledgers. He explained:

“With public blockchains, the benefit isn’t just the fact it’s decentralized. It also is the fact that it’s the kind of decentralization where everyone kind of agrees on its authoritativeness. If you have one particular set of banks, then just that by itself makes it harder for everyone else in the world to go on top of the same system, whereas public blockchains don’t have [that issue].”

Blockchains created by banks, even a consortium of banks, are likely to fall under regulations similar to the ones that already apply to the traditional financial system. The existence of these regulations have implications for these blockchains as completely immutable ledgers.

The Ethereum founder also discussed the differences between consortium and public blockchains in terms of state channels and private chains. State channels are a way of defining interactions that could eventually take place on the blockchain. Payment channels are likely the best-known example of this concept, with the Lightning Network being the most advanced implementation of payment channels currently in the works.

There are some similarities between state channels and private blockchains, but the key contrast between these two systems has to do with the base layers of dispute resolution. Initially, Buterin discussed the limitations of consortium blockchains in this regard:

“Between state channels and private chains — I do think those two things are actually quite, subtly different because, with a consortium chain, the property is: In general, two-thirds of the participants have to sign every block, and theoretically, those two-thirds could still cheat you.”

Buterin then pointed out that smart contracts are the ultimate dispute resolution mechanisms in state channels built on top of public blockchains:

“With a public chain, the idea is — think of it as a consortium network where it’s kind of an ad-hoc consortium network for one application where absolutely every participant has to sign every block. If one of them doesn’t, then you have to go ‘cry for mommy’, which, in this case, mommy is the public chain. And mommy is going to run a smart contract and figure out who’s right.”

Wrapping up his spiel on this particular blockchain-related topic, Vitalik Buterin noted the potential of combining public and consortium blockchains. He stated, “I think there are lots of opportunities to kind of create services which combine the two in different ways.”

ThorChain price prediction: RUNE could have a breakout to $3

March 2, 2016
We use cookies to personalise content & ads, provide social media features and offer you a better experience. By continuing to browse the site or clicking "OK, Thanks" you are consenting to the use of cookies on this website.